3 things to watch in Prairie agriculture in 2023 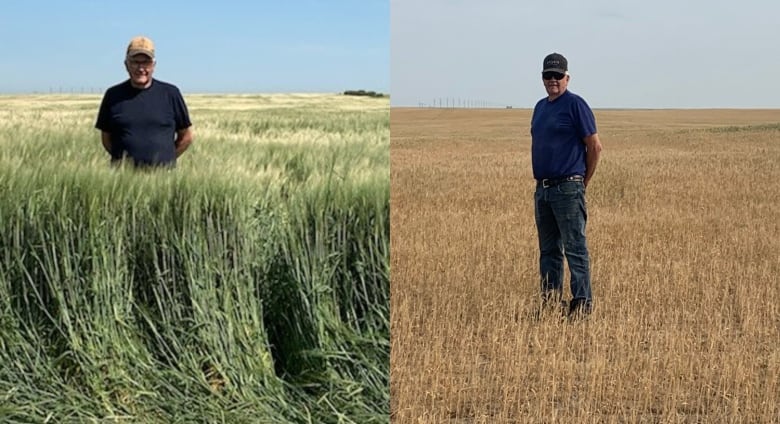 It’s been a tumultuous few years for farmers in Western Canada.

After the scorching drought of 2021, enough rain fell last year to make for generally better growing conditions in 2022.

The ongoing fallout from the war in Ukraine continued to cause volatility in grain and oilseed markets.

There was concern over the federal government’s 2030 emissions reduction target for fertilizer, and pressures that stemmed from inflation.

2023 is setting up to be another unpredictable year — for some of the same reasons. Here’s what to watch for.

Weather is always a big deal in agriculture, but it will be especially so this year.

To understand why, it helps to look all the way back to 2021, when hot, dry weather baked the prairies.

While 2022 was a big improvement, a good chunk of the prairie region is still running a deficit of reserve soil moisture.

“Because we’re starting out with abnormally low soil moisture reserves, it means the impact of any shortfall and moisture during the growing season is going to be just that much worse,” said Edward Bork, an expert in rangeland ecology and management at the University of Alberta in Edmonton. “There’s no soil moisture reserves to bail out or try to stabilize our production.”

That lack of reserve moisture is weighing on Leroy Newman‘s mind.

Newman, who farms south of Okotoks, Alta., said 2022 was a strong year for his wheat, barley and pea crops, but is concerned about the year ahead.

From stunted wheat fields to raging wildfires, drought has spread across much of Western Canada and the U.S. We get the forecast on the changing water cycle and hear how science and Indigenous knowledge can help us adapt.

The weather situation isn’t all bad news. Trevor Hadwen, an agroclimate specialist with Agriculture and Agri-Food Canada, said precipitation has been pretty good this winter, which leaves the Prairies in a better position than at this time last year. Still, he agreed a lot still rides on what happens in the spring.

“If we receive above-normal spring moisture, we’re going to get off to a really good start,” said Hadwen.

“If we lose that snow early through a chinook and expose the soils to evaporating forces early in the season, which often happens, and we don’t get that spring moisture and the rains that we want, things will turn bad real quick.”

Russia’s invasion of Ukraine has pushed global food prices upward by disrupting exports of grains, oilseeds and fuel. In the wake of the invasion, millions of people around the world have struggled to put food on the table, according to the World Food Programme.

Grain prices could continue to spike and food shortages could worsen in the months ahead. As Reuters has reported, many Ukrainian farmers have planted less wheat and used less fertilizer amid tough economic conditions, which doesn’t bode well for this year’s winter wheat harvest.

As the war drags on, food economist Mike von Massow expects higher food prices will continue in the months ahead.

Still, Jon Driedger, vice-president of LeftField Commodity Research, believes grain markets should at least be more stable this year than in 2022.

“I do think the volatility will continue, [but] will it be as volatile as it was over the past year? Perhaps not,” said Driedger.

“The initial shock [of the war] is behind us, it’s almost a year since the invasion happened — markets do adjust.”

While it’s uncertain how much price volatility will result from the Russian-Ukraine war, another country may shake things up in a big way: China.

In December, the World Bank cut its economic growth outlook for China amid the disruption of the country’s move away from its strict zero-COVID policy.

“During the initial stage of reopening COVID infections will rise sharply and might lead to voluntary reduction in social interactions, which will weigh on consumer demand and may lead to continued disruption even after restrictions are lifted,” the report said.

China is Canada’s second-largest export market, a key purchaser of canola along with pulses, pork, beef, wheat and barley. In 2021, the country took in $7.8 billion worth of Canadian agriculture and agri-food products, according to the Canadian Agri-Food Trade Alliance, and exports have only grown since then.

Because China is such a large market for a wide range of food exports, any economic slowdown and decrease in demand coming from that country could hit Canadian producers hard.

While inflated prices have started to cool in some areas of the economy, food hasn’t been one of them.

Still, farmers say they haven’t seen a corresponding windfall for their operations. They say there isn’t always a direct link between what consumers see at the grocery store and what producers are paid — plus, their costs have also spiked, from farm equipment to fuel and fertilizer.

“We’ve been going through some really decent years with production, and the prices have been pretty good, [but] our input costs have always risen accordingly,” said Lynn Jacobson, president of the Alberta Federation of Agriculture.

For cattle ranchers who depend on grains and oilseeds to feed their herds — especially those who’ve experienced dry conditions in recent years, and who haven’t been able to rely on pasture feeding — high prices have prompted some to downsize their herds, or even exit the business altogether.

“It’s not cheap to feed animals right now,” said Brodie Haugan, finance chair of Alberta Beef Producers. “Our input prices are through the roof … that’s what’s pushing a lot of these animals to the market.”

While solid crop and fairly robust livestock prices have at least softened the blow of inflation for farmers and ranchers, food economist von Massow said the rising cost of food has left consumers in a tough position that will have customers “trading down” in their food choices this year.

For example, people who had been weekly buyers of steak may start to reach for less-expensive ground beef instead, von Massow said, which could trigger some price fluctuations.

“We might actually see a little bit more increase in the price of ground beef and a little bit of lower increases in some of those prime cuts,” von Massow said. “Because when you get a carcass you can’t say, ‘I’d like a beef animal with all ground beef,’ or, ‘I’d like a beef animal with all steaks,’ — they come with what they come with and we have to, we have to sell the whole thing.”

Prices for other relatively-inexpensive staples, like flour and bread, will also likely remain strong as consumers choose more basic staple foods, he said.