After 3 weeks without power, Wheatley River neighbours band together to clear lane 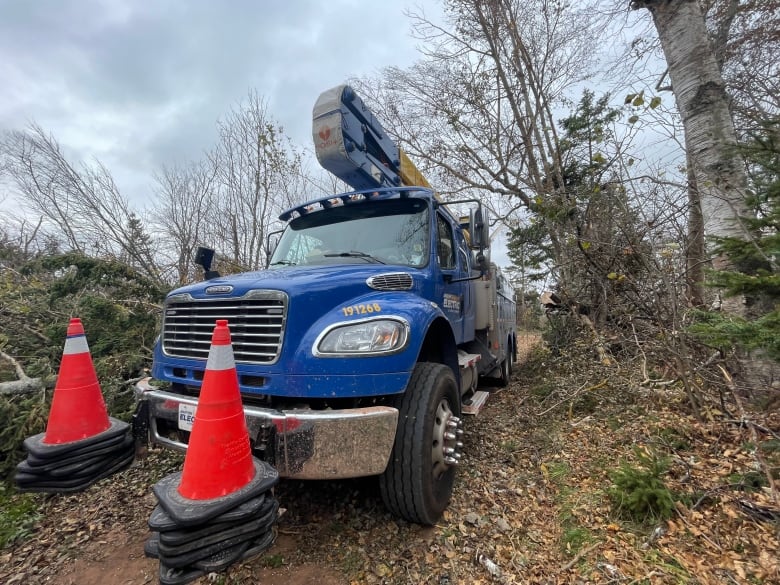 They had been without power for 21 days and the propane running their generators was getting low.

They still weren’t sure who was supposed to clear the 70 or so trees that made their one-kilometre lane impassable.

So, Friday night, 10 residents of Oyster Bed Park Drive in Wheatley River — some of the last people on P.E.I. without electricity from post-tropical storm Fiona — took matters into their own hands.

They grabbed chainsaws, clippers and whatever else they could find and, using lights from the vehicles, spent about four hours clearing the debris from the lane.

“We know that the linesmen were out there doing a heck of a job clearing the lines but we weren’t seeing any,” said Anthony Saez, one of the residents on the lane.

The problem, he said, was a breakdown in communication.

When the residents first reported the power outage the day after the storm, they were under the impression Maritime Electric would do the work.

After waiting for a few weeks, they called back. They said the utility told them it was only responsible for trees touching the wires, and they should get a professional tree cutter to remove the rest because it would require heavy equipment.

“It seems funny how the message was it was a big job, we’ve got to get special equipment in so we’re going to leave it till next week,” said Michelle Holmes, another resident on the lane.

“And we were able to come in — there was a retired person, a nurse, a lawyer and you know, three chainsaws — and we did it on foot.”

Saez and Holmes wanted to make it clear they have no issue with Maritime Electric. The residents were without power for seven days after post-tropical storm Dorian in 2019, and were prepared to go at least that long after Fiona.

“We know it was a tough challenge for them and we appreciate that,” Saez said.

The issue, they said, was the confusion around tree clearing. They had been getting in and out of the area by cutting through a farmer’s field, with his permission, until the lane was unblocked.

A Maritime Electric crew visited the area on Saturday to assess the situation. Saez said they were told it would likely be Monday when their power would be restored.

That’s at least some relief for the residents, including Saez’s eight-year-old son, Alex, who said he’s had to reduce his time playing video games when the generator is running.

“I was really surprised about how many trees came down because I thought it was just going to be a little hurricane,” he said.