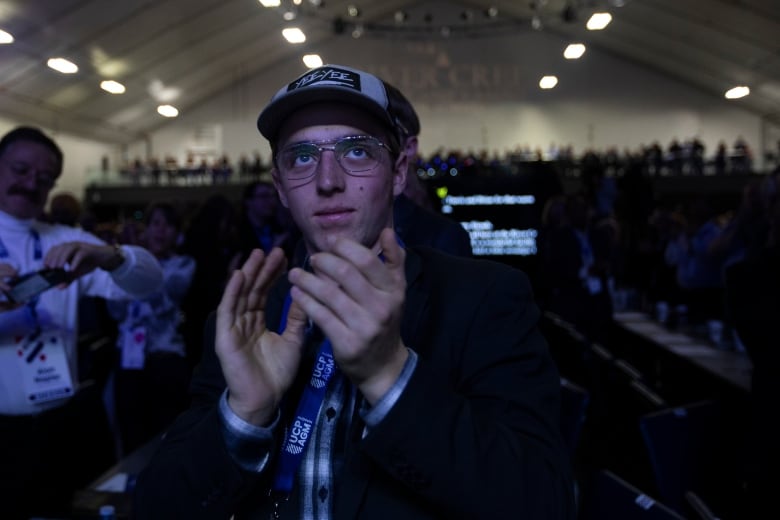 Alberta Premier Danielle Smith said she is cancelling a health consulting agreement involving the World Economic Forum — an agency at the centre of global domination conspiracy theories — because she won’t work with a group that talks about controlling governments.

“I find it distasteful when billionaires brag about how much control they have over political leaders,” Smith said at a news conference Monday after her new cabinet was sworn in.

“Quite frankly, until that organization stops bragging about how much control they have over political leaders, I have no interest in being involved with them.”

The United Conservative Party premier said she is in lockstep with federal Conservative Leader Pierre Poilievre, who has stated he and his caucus will having nothing to do with the World Economic Forum.

The deal with Alberta Health Services sees the province share ideas with health researchers at Harvard University and the Mayo Clinic under the forum’s umbrella.

The high-profile conference of global political and business leaders has been the focus of conspiracy theories from both sides of the political spectrum.

A decade ago, it was accused by the left-wing of conspiring to cut pensions and slash environmental programs.

It became the focus of attacks from the right during the COVID-19 pandemic, when the it promoted a “great reset,” calling for ideas on how to better organize global society post pandemic.

That started online conspiracy accusations, unproven and debunked, that the forum is fronting a global cabal of string-pullers exploiting the pandemic to dismantle capitalism and introduce damaging socialist systems and social control measures, such as forcing people to take vaccines with tracking chips.

Smith, on a livestream interview Friday, announced the deal was ending but didn’t say why. At a news conference Saturday, she declined to respond to two questions on the forum.

The premier was asked by a reporter Monday if she has concerns about the forum “because you accept the online conspiracy theory that WEF is a front for a global cabal of world leaders bent on using the pandemic to destroy capitalism and install a socialist dysfunctional dystopia.”

“I think it makes sense to make health decisions based on health experts,” she said.

“I am going to be taking advice from our front-line nurses, doctors, paramedics and health professionals to fix the local problems that we have.”

NDP health critic Shannon Phillips said in a statement said Danielle Smith’s “bizarre fixation” on the World Economic Forum does nothing to repair health care, create jobs or lower the cost of living for Alberta families.

“It is troubling for Albertans that Smith is more interested in dangerous conspiracy theories than helping families and businesses,” Phillips said.

Political scientist Lori Williams at Calgary’s Mount Royal University questioned why Smith would end “an agreement that has the potential to provide life-saving, health-improving information that could be of benefit for Albertans simply because you’re suspicious about one of the organizations involved?”

“That’s expertise she ought to respect, certainly critically assess to take advantage of, rather than cutting it off because of some vague suspicions about someone trying to control governments.”

Smith, a former journalist and radio talk show host, has espoused contrarian theories on alternative and mainstream media platforms dating back to 2003, when she questioned in a newspaper column whether smoking is indeed bad for your health.

During the COVID-19 pandemic, Smith pushed for later-debunked treatments such as the livestock dewormer ivermectin.

In July, she told a livestream audience she believes it’s within a person’s control to avoid getting early-stage cancer.

Earlier this month, on her first day as premier, she was criticized for saying those not vaccinated against are the most discriminated group she has seen in her lifetime.

Last week, she apologized for remarks made earlier this year that Ukraine accept neutrality in its war with Russia.