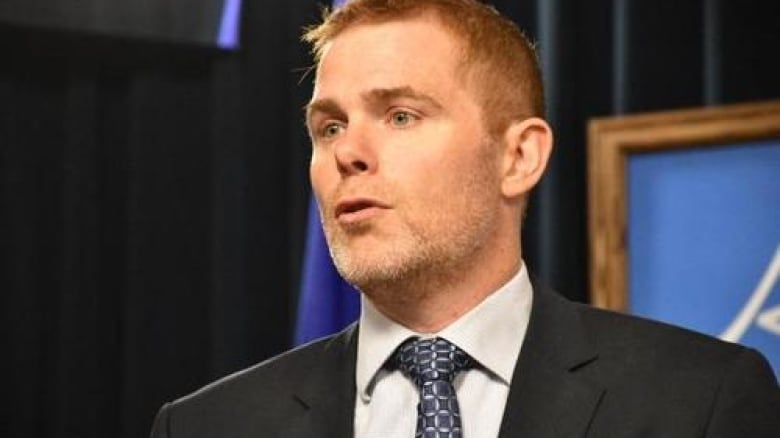 Premier Danielle Smith criticized comments made by Canada’s Natural Resources Minister Jonathan Wilkinson that the proposed “just transition” bill is a major priority for the country in 2023.

“The federal government’s ill-conceived and short-sighted plan is extremely harmful to the hundreds of thousands of Canadians who are supported by the energy sector and will be detrimental to Canada’s economic recovery,” Smith wrote on Twitter late Tuesday afternoon.

The federal government has framed a “just transition” as a way to lessen the impact on energy workers displaced by the transition to a low-carbon economy.

Wilkinson has described the bill’s focus as being “sustainable job creation and economic growth in every region of the country.”

In an interview with CBC News, Wilkinson said the legislation is to create a collaborative action plan with the provinces.

“I said it many times publicly that I do not believe that the challenge we are going to face is that there are workers who are displaced that will not find other good-paying jobs,” Wilkinson said.

“I am actually quite worried that there are so many opportunities … we will not have enough workers to fill the jobs.”

Alberta’s Minister of Environment and Protected Areas Sonya Savage denounced Wilkinson’s comments, posting on Twitter that the bill would cost the energy sector hundreds of thousands of jobs.

“We expect the federal government to stand up for our world-leading oil and gas employees, instead of trying to eliminate their jobs,” she wrote.

Savage said the province would continue to advocate for workers, and proclaimed Alberta as a world-leader in responsible oil and gas production.

“We have a regulatory framework that balances both the environment and the economy, and we have invested billions of dollars in technologies that reduce — and in some cases eliminate — emissions, such as carbon capture, utilization and storage,” she wrote.

The tone of both Smith and Savage today is in line with pushback from Alberta’s United Conservative government in opposing federal policy that impacts the energy sector.

The province, along with Saskatchewan, has declined to participate in the “regional energy resource tables” that Wilkinson has been conducting individually with each province. The roundtables are part of the Liberal party’s confidence-and-supply agreement with the NDP, made last year to uphold the government.

Andrew Leach, an energy and economics professor at the University of Alberta, said that not participating in the forums may be against Alberta’s best interest.

“This is going to be one of the initial conversations where Premier Smith gets to sort of tell the rest of the country how they should think about Alberta’s energy sector,” said Leach.

“It’ll be interesting to see how she sets that conversation.”

Any federal green jobs legislation will face an uphill battle in order to equal the amount of jobs in oil and gas, said Leach.

“I think the challenge is the magnitude of it, the degree to which you would need government involvement to replace what we know of the energy industry in Alberta,” said Leach.

The Canadian Association of Petroleum Producers had not responded to a request for comment by the time of publication on Tuesday evening.