Alia Bhatt: The way 2022 unfolded for me, it felt like a movie (EXCLUSIVE INTERVIEW) | Hindi Movie News 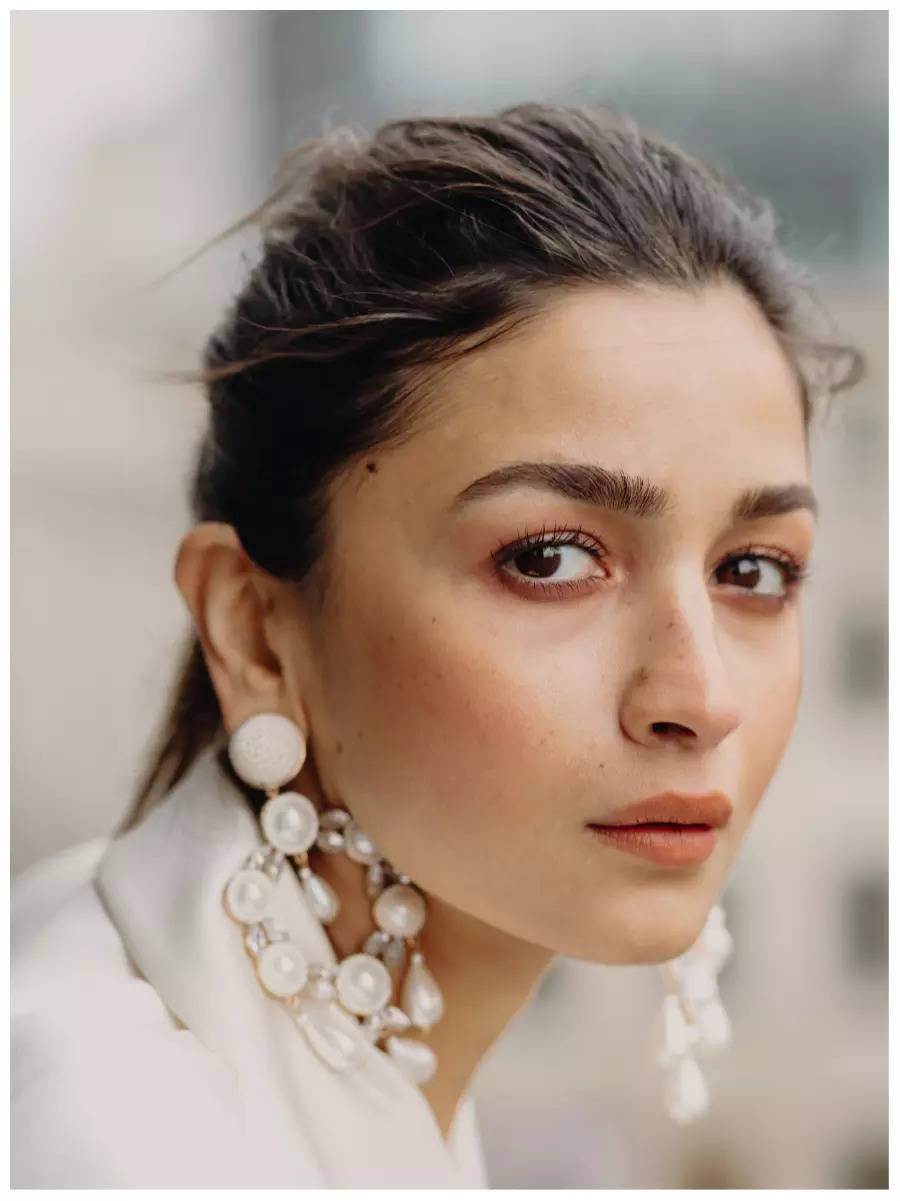 “Yes, at the peak of my career, I decided to get married and have a baby. But who says that marriage or motherhood will change anything to do with my work? Even if it does, so be it. I don’t care. I have never been happier or more fulfilled. Also, I believe in myself as an actor. If you work hard, are a good actor, aapke paas kaam aayega” — Alia Bhatt

After a year of some surprising highs and lows, the film industry is stepping into the New Year with hope and promise. However, the year gone by gave a few Bollywood actors a reason to rejoice and celebrate. Alia Bhatt is one actor who owned and conquered 2022. Having proved her mettle as an artiste many times over, 2022 was an extremely special year for Alia for more reasons than one. In a year that saw the mighty fail, Alia set the screen on fire with her feisty portrayal of Gangubai Kathiawadi. And she was only getting started. Next, she was seen in SS Rajamouli’s RRR, which went on to become a mega box-office suceess, and followed it up with Ayan Mukerji’s ambitious Brahmastra and her first production, the highly-acclaimed OTT movie, Darlings. The year also saw her marrying her boyfriend and Hindi cinema’s acting powerhouse Ranbir Kapoor. The two were blessed with a baby girl (Raha). In her first exclusive interview after becoming a mother, Alia opens up on the best year of her life, what lies ahead, marriage, motherhood and more in a chat with Bombay Times. Read on…

In Bollywood terms, 2022 belonged to Alia Bhatt. You delivered four successful films, made your debut as a producer and entrepreneur, forayed into Hollywood, got married to beau Ranbir Kapoor and became a mother. It seems like it was nothing short of a dream year for you.

Professionally and personally, the year began on a high note for me. Nothing was a lot to handle, although every stage was surreal. The way 2022 unfolded for me, it felt like a movie. Be it Gangubai Kathiawadi, RRR or Brahmastra, there was a kind of build-up of many years and anticipation coming together, given my association with Sanjay Leela Bhansali sir, Rajamouli sir, my first film production Darlings and of course, Brahmastra, which was in the making for many years. Lots of hopes were attached to the year and whenever there’s hope, there’s room for heartbreak. If things don’t go right, your heart can crumble into pieces and you can’t prepare yourself for it. You can do everything as an actor, but eventually, it’s in the hands of the audience. For each film of mine to not only be appreciated but also generate a conversation, it’s a big moment of gratitude for me. At every point last year, I couldn’t believe that things were going so well! How nicely the tick marks were coming to my report card. At the end of the day, an actor’s career is a report card. You have to score good marks, and if you don’t, you feel bad, and you have to work hard again. 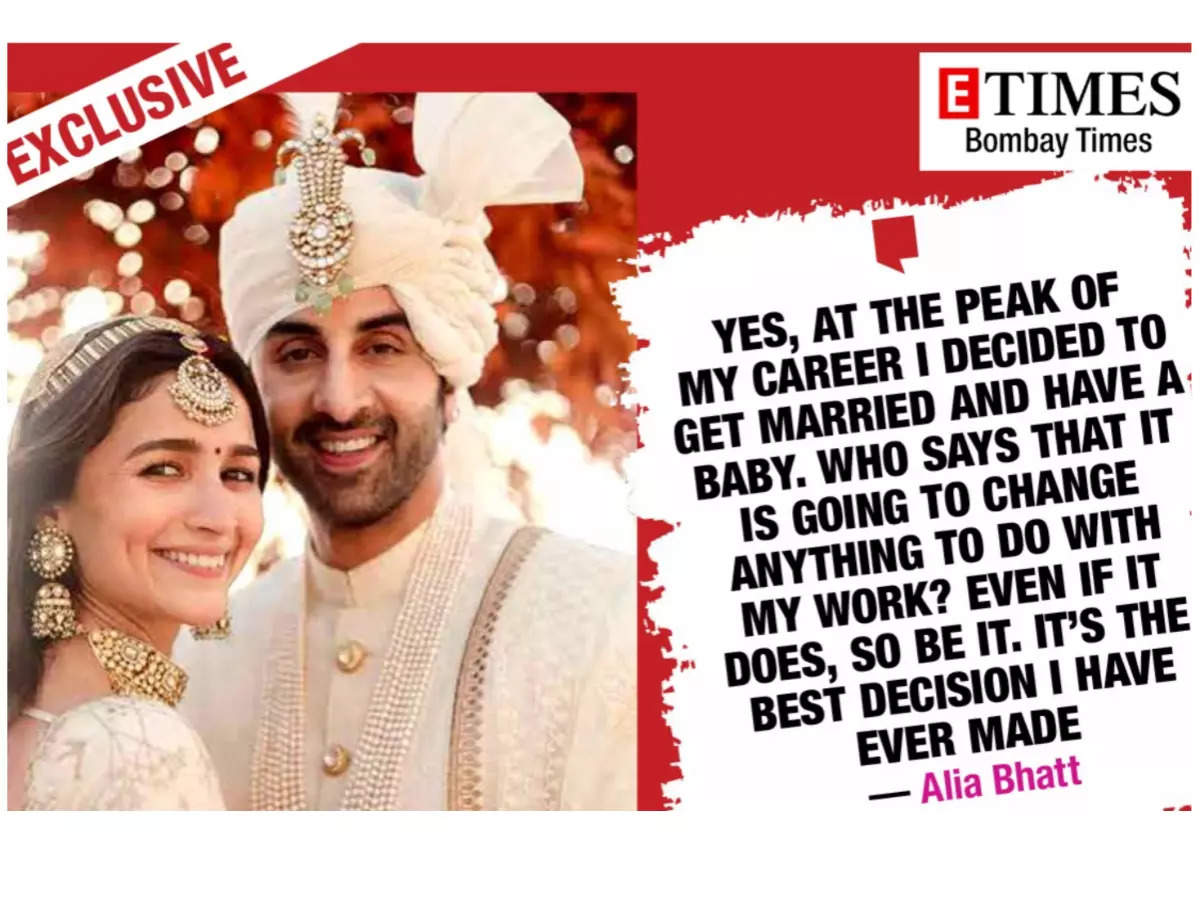 And this report card often determines the next step or route your career is likely to take, right?

Yes, you either do well or you do badly. If you do well, it’s great, but if you don’t, it’s not a nice scenario to be in. For me, the year went well. It was surreal and I am grateful for each moment. 2022 was great, but there are many years ahead of us and one has to keep pushing, working hard and not let success go to your head. Just be grateful and keep moving forward, one step at a time. 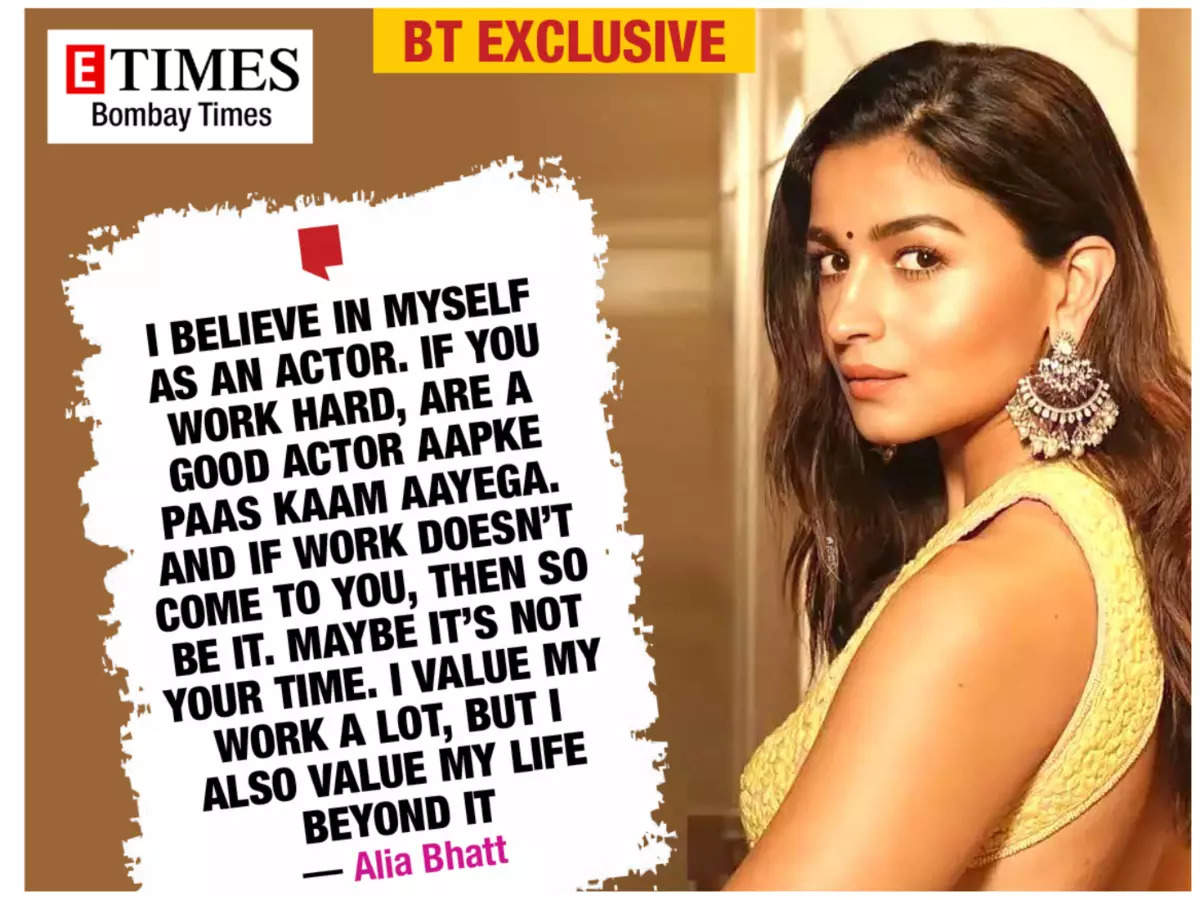 You have always had a mind of your own. It reflects in your professional and personal choices – like not following the herd as an actor or your decision to get married and have a child at the peak of your career. What drives you to be the person that you are and live life on your terms?

There is no right or wrong in life. What works for me might not work for someone else. I have always been someone who listens to my heart. You can’t plan life. Life plans itself and you just have to follow that path. Whether it’s films or anything else, I always let my heart decide. Yes, at the peak of my career, I decided to get married and have a baby. But who says that marriage or motherhood will change anything to do with my work? Even if it does, so be it. I don’t care. I knew that in life, I would never regret the decision to have a baby. It’s a natural instinct. It’s the best decision that I have ever made. I have never been happier or more fulfilled. Every moment is more meaningful as a mother. Also, I believe in myself as an actor. If you work hard, are a good actor and if people want to work with you, aapke paas kaam aayega. And if work doesn’t come to you, then so be it. Maybe it’s not your time. I am not someone who stresses too much about it. I value my work a lot, but I also value my life beyond it, and I want to strike a balance between the two. Dil mein jo aata hai woh karo.

Has motherhood changed your outlook towards life?

Totally. I am still the same person, but everything is different. Motherhood brings a completely new dimension to your life. Your priorities change. The word ‘responsibility’ holds a new meaning altogether. It’s the most vulnerable you can ever feel in life. Your heart opens fully. 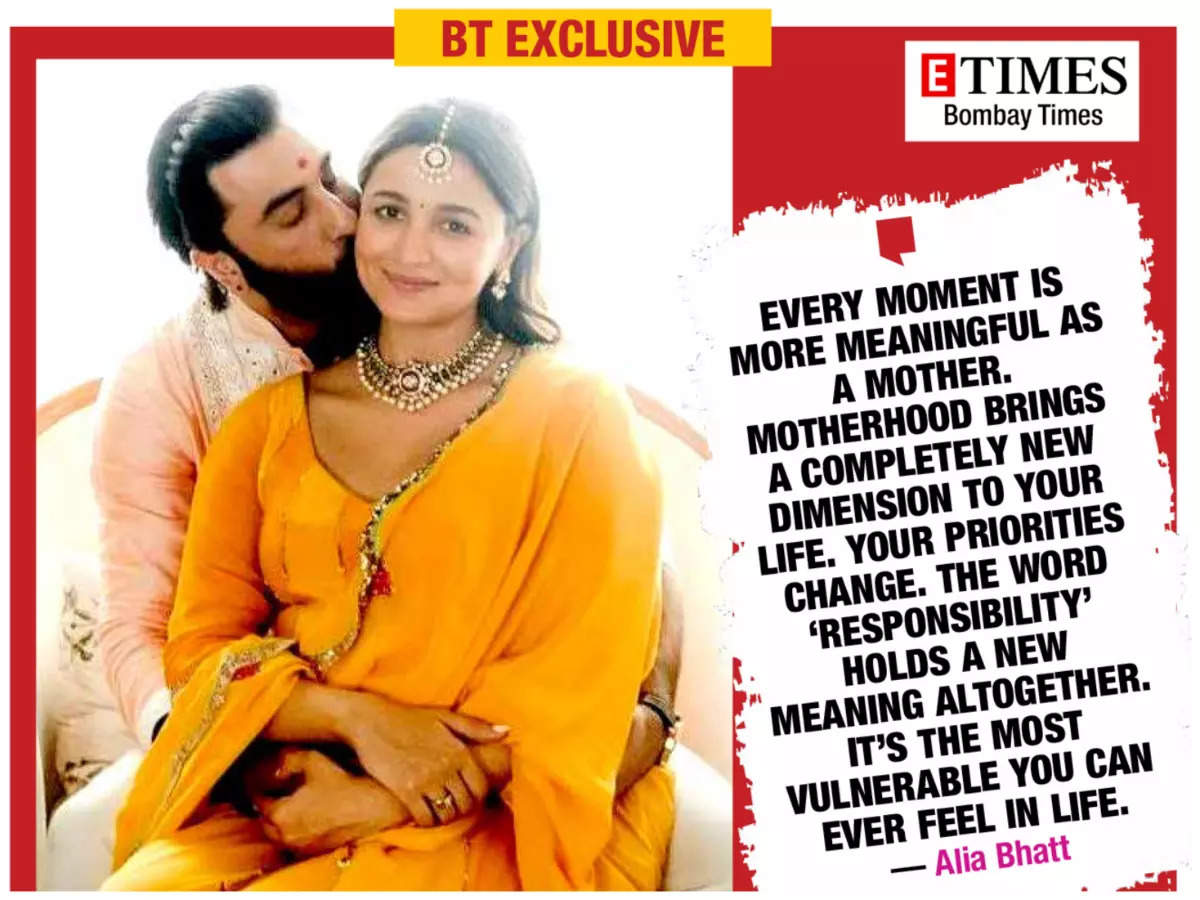 You promoted Brahmastra while you were pregnant and even shot your first Hollywood film with Gal Gadot when you were expecting. There was no stepping on the brakes at any point. Could you take us through that period of your life?

I don’t believe in limiting myself unless there’s some physical limitation. I was pregnant, so yes, there was scope for many limitations, as pregnancy is unpredictable. I decided to take each day as it comes and listen to my body. Of course, work is very important, but at that point, my baby and my health were my priority. From the very beginning, I told myself that only if I was comfortable, will I push myself. Touchwood, my pregnancy didn’t hold me back physically. Yes, the first few weeks were slightly difficult as I had major exhaustion and nausea, but at that time, I didn’t talk about it because you are not supposed to say anything for the first 12 weeks, right? That’s what everybody says, so I had to keep that information to myself, but I was listening to my body. If I needed to lie down between a shot, I would go take a nap in my van. I would try to get as much rest as possible, but you also have to meet your work commitments. Heart of Stone is my first Hollywood movie, which I signed in January 2022. I tried hard to work out that schedule, so I didn’t want to back off. I talked to the team and they assured me that they will take good care of me and it was great. I managed to shoot my first action film while I was pregnant! That is a story I will tell for years because it also makes you realise how much your body is capable of if you just put your mind to it. I have immense respect and admiration for my body. 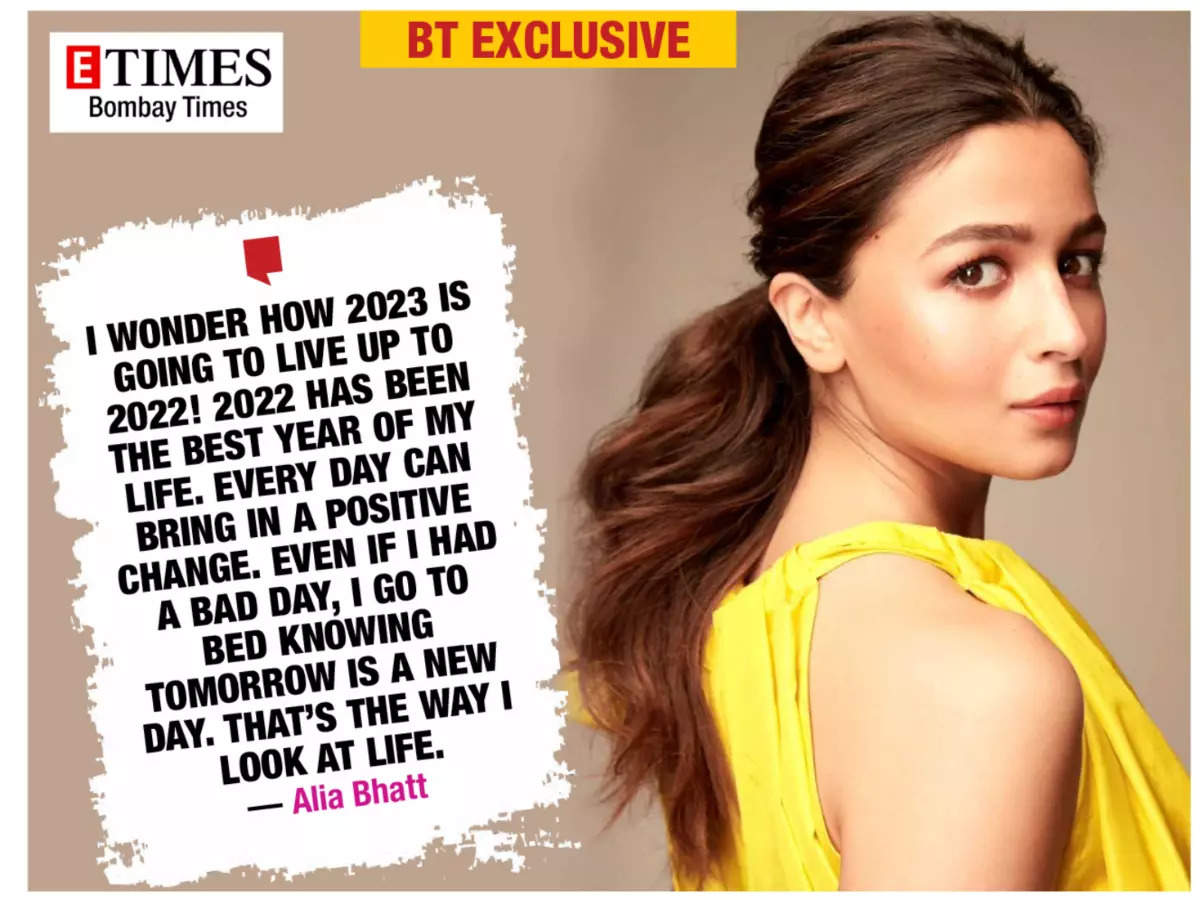 Now with probably one of the best years in your life behind you, what are your thoughts as we step into a brand New Year?

When I was younger, I used to make resolutions, now I take each day as it comes. New Year always brings new energy. Kuch naya karna ho, accha karna ho, hum naye saal mein karte hai. Newness is always nice. It marks the beginning of a new chapter and new opportunities. For me, every day is a new day and a fresh beginning. I look at it with a go-getter attitude and my sister (Shaheen) keeps telling me to calm down my go-getter energy. Even if I had a bad day, I go to bed knowing tomorrow is a new day. That’s the way I look at life. Every day can bring in a positive change. I wonder how 2023 is going to live up to 2022! 2022 has been the best year of my life. I have two releases this coming year, so I am excited about them. I am excited to see my daughter grow up, see her facial expressions evolve and celebrate her first birthday in 2023.

Is 2023 going to be a relatively relaxed year for you professionally after a power-packed 2022?

Aisa kuch nahi hai. I will get back to work and my brand commitments by the end of January itself. Karan Johar’s Rocky Aur Rani Ki Prem Kahani is slated to release in April 2023, so promotions will start ahead of that and Farhan Akhtar’s Jee Le Zaraa will go on the floors. I am absolutely thrilled about these films.