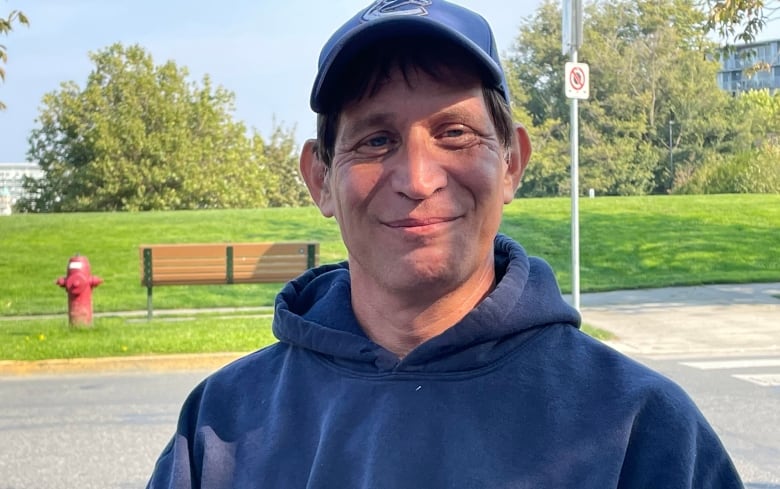 Harvey Humchitt, Jr. was up at 3 a.m. for the start of his shift at the Cape Scott lighthouse when he started noticing pain in his chest.

Humchitt, keeper of the lighthouse on the wild northwest tip of Vancouver Island, says he initially attributed the pain to angina. But by late afternoon he was doubled over.

“I was keeling over, grabbing my chest,” he recalled.

His partner of 33 years, Todd Maliszewski, with whom he lives and works at the lighthouse station, convinced him to call for help — but by then dense fog had blanketed northern Vancouver Island, making it difficult to co-ordinate a rescue from the remote spot, which is only accessible by boat, helicopter or the rugged North Coast Trail.

Humchitt’s medical emergency on Oct. 2 triggered a multi-vehicle rescue effort that highlighted the challenges and risks associated with his line of work — and, according to the union that represents lighthouse keepers, shows how more support and relief staff are urgently needed for this critical role.

Humchitt would end up making an almost 500-kilometre trip to get surgery in Victoria after narrowly avoiding a massive heart attack.

But as the fog descended at Cape Scott, he grew increasingly concerned he might not be able to leave the lighthouse at all.

“The situation was getting really dire as the fog was thickening by the moment and it was looking more and more likely that I might not make it off the station,” said Humchitt.

A Cormorant helicopter from CFB Comox was dispatched and landed on a nearby beach to wait out the fog, while the Atlantic Eagle, a Canadian Coast Guard tow vessel, was diverted to help.

The CCGS Pachena Bay lifeboat was also sent out with a five-person crew from Port Hardy — the nearest community, around an 80-kilometre sail to the east — and ultimately took over the rescue when the fog didn’t lift.

Garry Deis, commanding officer of the Port Hardy Rescue Station, was part of the rescue and said three crew members landed in a Zodiac vessel at the lighthouse station in 1.5-metre swells.

They assessed Humchitt and then took him to Port Hardy on the Pachena Bay.

Humchitt says the journey, which took three hours instead of the usual 1½ to two because of the conditions, was excruciating.

“I was in a lot of pain,” he said. “At one point the pain was so bad, I wasn’t able to focus on anything or concentrate on what was happening.”

From Port Hardy, an ambulance drove Humchitt 40 kilometres to hospital in Port McNeill, where he was told he was on the verge of a massive heart attack and given an injection to clear his arteries and increase blood flow.

The next day, Humchitt was airlifted a further 360 kilometres southeast to Royal Jubilee Hospital in Victoria, where he underwent an angioplasty and was given two stents.

There are 90 lighthouse keepers across Canada, 54 of them in B.C., according to the Canadian Coast Guard, which employs them. All but one of the West Coast lighthouse stations double as homes and Humchitt and Maliszewski live permanently at Cape Scott.

Despite the severity of his heart attack, Humchitt was ready to return home by Oct. 7.

With the North Island once again blanketed by heavy fog, a coast guard helicopter dropped him off in Port Hardy and the Pachena Bay took him back to Cape Scott.

He said he was relieved to return to Maliszewski, who had to remain at the lighthouse because the station couldn’t be left unattended.

Humchitt said his medical emergency brought home the risks of living so remotely for both him and his partner.

“Not only do you have to give first aid to someone that you love, but you have to watch them being taken away. [Maliszewski] knew that the situation I was in was pretty dire,” he said.

“Living in isolation we know that one of the biggest risks, if we have a big emergency like a heart attack, that it will take some time for any kind of response to get to the station or wherever we’re at,” he added.

Humchitt says working at the lighthouse is significant to him because of his passion for the ocean and storms, and the importance of helping protect people who live and work on the sea.

‘Staffing is an issue’

But Barry Tchir, Pacific region vice-president for the union, says the demands of the job can make it difficult to fill vacant positions.

“A lot of people go into it and then decide they’re just not cut out for it,” says Tchir.

“So, staffing is an issue. It’s not a very high-paying job, and that’s unfortunate because there’s a lot of skills that are needed in order to maintain these things and it’s a high priority for the West Coast to have these light stations manned and have people there watching.”

He says over the years, lighthouse keepers have been the first to see vessels in trouble and co-ordinate rescues.

While they are entitled to the same leave as other federal employees, it can be a challenge to schedule and take time off due to unpredictable weather and finding someone to cover their absence.

“We need to make sure they get the support that they need,” Tchir said, adding that there are relief keepers available but he wants to see more staff recruited to ease the pressure on permanent keepers.

In 2018, the union called the lighthouse keeper shortage on the B.C, coast “critical.”

In a statement, the coast guard says staffing is a priority and it is actively working to increase recruitment for lighthouse keeper positions.