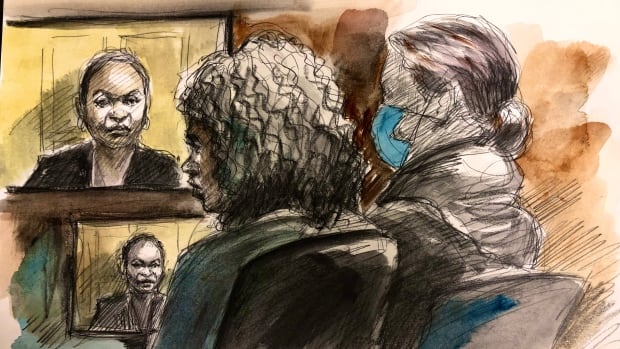 An Ontario judge has granted bail Thursday to one of eight girls facing second-degree murder changes in the recent death of a homeless man in Toronto.

The bail, which comes with a string of conditions, is set at $9,500 with two sureties. It’s unclear which of the teens accused in the case received bail.

The other seven accused appeared in youth court at the Ontario Court of Justice Thursday morning. Each is set to reappear in court on Jan. 5, when another date will be set for their bail hearings, expected in early February.

The teen who was granted bail must stay home except when she goes to school, is not allowed to have any weapons and cannot associate with the other teens accused or contact the victim’s girlfriend.

She must also surrender her passport, cannot travel outside of the province, is prohibited from owning a cellphone and cannot go on the internet except for school purposes.

Justice Maria Sirivar said she will be providing the reasons for the bail decision on Jan. 10.

Toronto police have said three 13-year-olds, three 14-year-olds and two 16-year-olds allegedly stabbed a man after “swarming” him in the downtown core on Dec. 18.

The identities of the accused cannot be released under the Youth Criminal Justice Act. Toronto police have said three of the girls have had previous contact with police.

The 59-year-old was taken to hospital by paramedics with life-threatening injuries and died a short time later, police have said.

Police say the victim moved into Toronto’s homeless shelter system in late fall and had a supportive family system.

A witness told CBC Toronto that in the moments before the man was stabbed, the girls tried to take her alcohol and that the victim protected her.

Toronto police say they are not releasing the victim’s identity at this time.