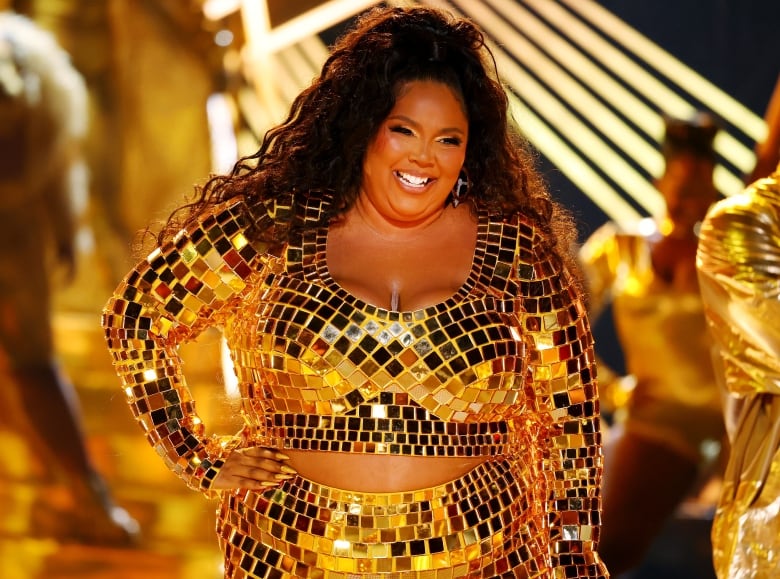 Warning: This story contains an offensive term used to describe people with cerebral palsy and other disabilities.

Several pop stars have removed offensive slurs from new songs in recent weeks after calls from fans — a sign that the relationship between music artists and their listeners is evolving.

Lizzo made headlines in June for removing the word “s–z” from her song, Grrrls. The term, according to disability advocates, is an offensive slur against people with cerebral palsy and other disabilities.

Just a few weeks after Lizzo’s change, Beyonce dropped a new song, Heated, using the same word, which she, too, later removed.

The two performers are not alone in retroactively removing lyrics from published songs. Lana Del Ray did it with her 2020 song Ultraviolence, removing a lyric about domestic violence popularized by 1960s girl group The Crystals.

Famously, the Black Eyed Peas quietly changed the chorus of their hit song Let’s Get It Started a year after its 2003 release, removing the R-word.

“It feels good to know that your artist is paying attention to how you feel about the art that they’re putting out,” said pop culture writer Veracia Ankrah.

As the relationship between fans and artists changes — and, during the digital age of music, songs can easily be re-recorded and released — artists need to retain ownership of their music while still being thoughtful about the impact of their words, experts say.

In her Twitter statement announcing the lyric change, Lizzo told fans that her decision was informed by her experiences being the target of hurtful speech.

“I never want to promote derogatory language,” the artist wrote. “As a fat Black woman in America, I’ve had many hurtful words used against me so I understand the power words can have (whether intentionally or in my case, unintentionally).”

“I’m proud to say there’s a new version of GRRRLS with a lyric change,” she said.

Disability advocate Hannah Diviney, whose online campaign to have Lizzo change the lyric played a part in the artist’s decision, wrote an op-ed in the Guardian expressing disappointment in Beyoncé’s subsequent use of the word.

“I thought we’d changed the music industry and started a global conversation about why ableist language – intentional or not – has no place in music,” Diviney wrote. “But I guess I was wrong, because now Beyoncé has gone and done exactly the same thing.”

Within a few days, a spokesperson for Beyoncé wrote a statement to The Associated Press announcing the change. “The word, not used intentionally in a harmful way, will be replaced,” it said.

Diviney is now calling on Eminem to remove the same word from a recent song — but there has been some uneasiness about what these interactions mean for the music industry.

So <a href=”https://twitter.com/Beyonce?ref_src=twsrc%5Etfw”>@Beyonce</a> used the word ‘spaz’ in her new song Heated. Feels like a slap in the face to me, the disabled community &amp; the progress we tried to make with Lizzo. Guess I’ll just keep telling the whole industry to ‘do better’ until ableist slurs disappear from music 💔

A piece published in Rolling Stone said that while the retroactive fixes were well-intentioned, they also felt dystopian because of how easily artists — or record labels, or production companies — can alter a product in the digital era.

Paul Banwatt, a partner at a Toronto law firm who writes a blog about music law, said that the power dynamic between record labels and their artists can add an additional layer of complexity to these scenarios.

There could be situations in which a music publisher wants an artist to change their lyrics “to make them less offensive or less problematic and therefore make a song more marketable,” Banwatt said.

“And that might be a good thing. But at the same time, you would want to make sure that the artist has a say in that, in the way that their art is being modified to make it less problematic.”

Rose Jones, a singer-songwriter based in Toronto, said that she applauds Beyonce and Lizzo for listening to their fans, and then taking initiative to re-record and publish their songs without the slur.

“I think when you have that much influence and you’re powerful and you make an impact, you have got to use that responsibly,” she said.

While the age of digitized music has made it easier to re-upload amended music, Jones added that it can disadvantage independent artists who rely on apps such as Spotify to share their music and heighten their profile.

Having to delete and re-upload a song means losing all of the streams associated with that song, which means starting over from the very bottom of the app’s popularity-driven algorithm.

“I think that would be something I would be worried about, is if you release a song and get all these streams, and also you have to take it down and re-upload it and all the streams go away, right?”

Sometimes, a track simply ages poorly. Such was the case with Paramore’s 2007 song Misery Business, which led singer Hayley Williams to retire the song from live shows because she felt it propagated misogynist ideas about women.

In 2019, Lady Gaga removed a collaboration with R. Kelly from her album Artpop — the song Do What U Want — in light of then-allegations that Kelly, who was sentenced to 30 years in prison in June for racketeering and sex trafficking charges, was sexually abusing young and underage women.

Ankrah, the culture writer, said that in an age of instant, social media-driven feedback, artists need to make thoughtful choices about their music, regardless of the ease with which they can re-record and upload tracks.

“I do think that maybe artists need to do a little more work before music comes out, before things are printed out,” she said.

“Nina Simone said an artist’s duty is to reflect the times, and so these just happen to be the times that we’re in where you need to be held accountable for the things that you’re saying in your music.