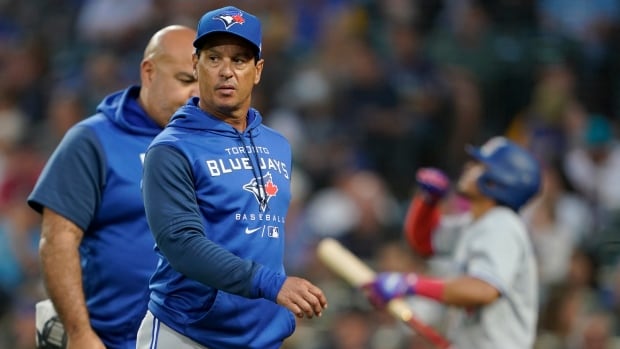 Montoyo will be replaced by bench coach John Schneider as interim manager for the rest of the season. Triple-A manager Casey Candaele has been appointed Toronto’s interim bench coach.

The Blue Jays made the announcement on Wednesday afternoon.

He is the third manager to be fired this season across Major League Baseball, joining Philadelphia’s Joe Girardi and Joe Maddon of the Los Angeles Angels.

Montoyo earned a 236-236 record over four seasons as Toronto’s manager.

Statement from the Toronto Blue Jays: <a href=”https://t.co/mSylN7TyDE”>pic.twitter.com/mSylN7TyDE</a>

The Blue Jays have a 46-42 record this season and currently hold the third and final wild card spot in the American League.

However, they have lost eight of their past 10 games including a disappointing four-game sweep in Seattle.

Pitching has been an issue for the Blue Jays all season.

Starter Hyun-Jin Ryu (2-0) was supposed to be a central part of Toronto’s rotation this year but had Tommy John surgery on June 18. The typical recovery time of the operation is 12-18 months.

Yusei Kikuchi (3-5), who signed with the Blue Jays during spring training, has struggled with his command this year. He has a 5.12 earned-run average over 16 games this season and is currently on the 15-day injured list.