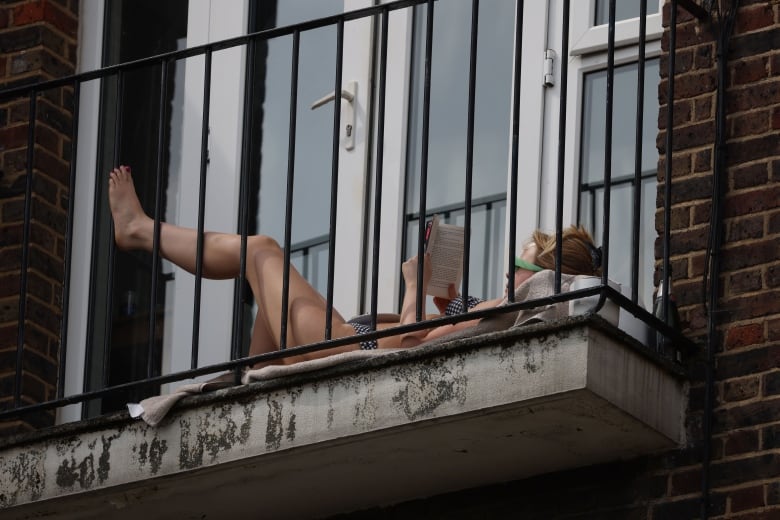 Britain’s first-ever extreme heat warning is in effect for large parts of England as authorities prepare for record-high temperatures that are already disrupting travel, health care and schools.

The “red” alert will last throughout Monday and Tuesday, when temperatures may reach 40 C for the first time, posing a risk of serious illness and even death among healthy people, according to the U.K. Met Office, the country’s weather service. The highest temperature ever recorded in Britain is 38.7 C, a record set in 2019.

The Level 4 heat alert issued by Britain’s Meteorological Office is defined as a national emergency, to be used when a heat wave “is so severe and/or prolonged that its effects extend outside the health and social care system. At this level, illness and death may occur among the fit and healthy, and not just in high-risk groups.”

While Monday is likely to bring record highs to southeastern England, temperatures are expected to rise further as warm air moves north on Tuesday, Met Office CEO Penelope Endersby said. The extreme heat warning stretches from London in the south to Manchester and Leeds in the north.

“So it’s tomorrow that we’re really seeing the higher chance of 40 degrees and temperatures above that,” Endersby told the BBC. “Forty-one isn’t off the cards. We’ve even got some 43s in the model but we’re hoping it won’t be as high as that.”

Train operators are asking customers not to travel unless absolutely necessary because the heat is likely to warp rails and disrupt power supplies, leading to severe delays. Some medical appointments have been cancelled to relieve strain on the health service. While some schools have closed, others are setting up wading pools and water sprays to help children cool off.

The government urged schools to stay open but many were due to close earlier than usual, normal uniform demands were ditched and end-of-term sports days were cancelled. Some schools were shut, resorting to lockdown-style online lessons.

And at least one major zoo, at Chester, said it would close for two days, while London Zoo and Whipsnade Zoo said many animals would be able to retreat to “cool zones” and some exhibits might be closed.

Some factories also brought their opening hours forward, to prevent workers on the hottest jobs, such as welding, from falling ill.

Nightfall will bring little relief, with the Met Office forecasting temperatures of 29 C at midnight in London.

Monday night will be “very oppressive” and it will be difficult to sleep, Chief Meteorologist Paul Davies said.

A brutal and dangerous heat wave is causing multiple crises across Europe. France is dealing with wildfires, while officials in Portugal and Spain say the extreme heat has led to the deaths of more than 1,000 people so far.

“Tomorrow is the day where we are really concerned about a good chance now of hitting 40 or 41 C, and with that all the health conditions that come with those higher temperatures,” he said.

The heat in Britain is reflected across much of Europe, where extreme temperatures and lack of rain are leading to multiple major wildfires in France, Spain and elsewhere.