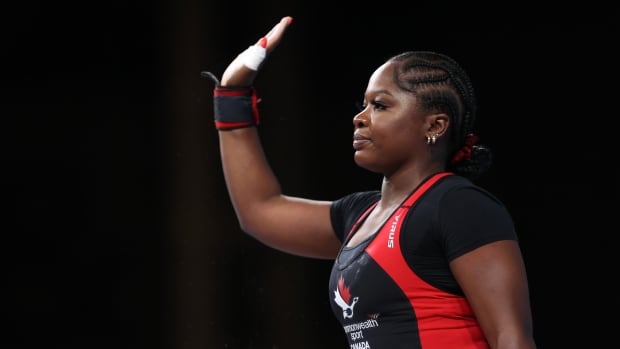 The 27-year-old Toronto native lifted 100 kg in her first snatch attempt to take the lead in the program before posting Commonwealth records of 128 kg in the clean and jerk lift and 228 kg in total.

Silver medallist Taiwo Liadi of Nigeria lifted 96 kg in the snatch and 120 kg in the clean and jerk, coming 12 kg shy of the Canadian.

Maximina Uepa of Nauru had a total of 216 kg for bronze.

Laylor also took gold in the same category at the 2021 Commonwealth Weightlifting Championships in Tashkent. Two years before that, the Canadian won the 71 kg title in Apia.

Her gold medal adds a seventh top prize to Canada in the 2022 Commonwealth Games. So far, Canadian athletes have also claimed a total of 11 silver and 16 bronze for a total of 34.