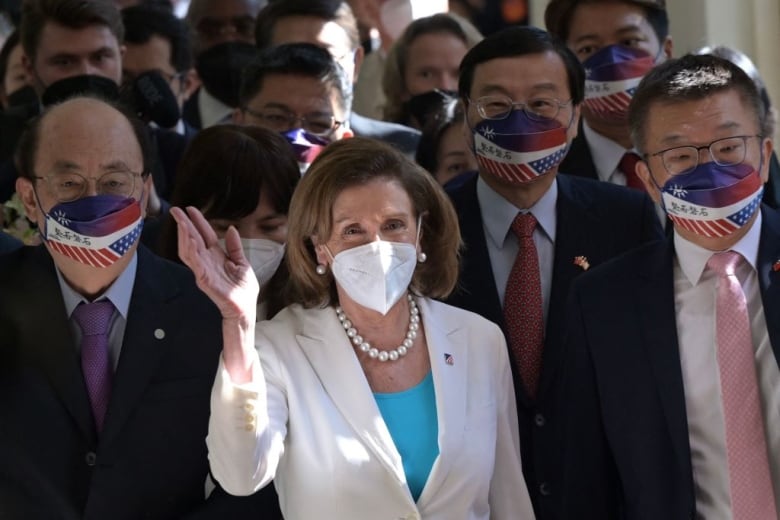 Members of Parliament’s Canada-Taiwan Friendship Group could make a trip to the island as early as October, said the group’s chair Liberal MP Judy Sgro.

A potential fall visit to Taiwan by Canadian MPs and senators would come on the heels of U.S. House Speaker Nancy Pelosi’s visit to the island in early August.

In an email to CBC News, Sgro said representatives of the friendship group are “hoping to visit in October.”

She did not provide additional information about the stated purpose of the visit or about how many people are expected to make the trip.

Pelosi’s visit — which she characterized as a mission to show Washington’s support for Taiwan and democracies worldwide — enraged the Chinese government, which considers the self-ruled island a part of its territory.

Beijing responded to Pelosi’s visit by encircling the island and conducting live-fire military drills close to territorial waters claimed by Taiwan and Japan.

Previous iterations of the Canada-Taiwan Friendship Group have visited the island in the past, as recently as 2014. Individual MPs also have made trips to meet with Taiwanese politicians for many years, drawing the ire of Beijing.

But a fall visit by the friendship group would come at a time of heightened tensions between the Canadian and Chinese governments.

“There is no justification to use a visit as a pretext for aggressive military activity in the Taiwan Strait,” Anand said.

China’s vice foreign minister urged Canada to “immediately correct its mistakes” after the G7 issued a condemnation of China’s actions.

The Canada-Taiwan Friendship Group is one of dozens of so-called “friendship groups” on Parliament Hill. There were 89 members of the group in 2021, according to statement released by the Taiwanese government.

The informal nature of friendship groups allows MPs and senators to maintain relations with a variety of governments and communities outside the scope of official government activities.

Under the One China policy adopted by the vast majority of the international community, Canada has only informal diplomatic relations with Taiwanese government.

Friendship groups do not receive administrative or financial support from the Parliament of Canada.

A delegation of German parliamentarians is also set to visit Taiwan in the first week of October.