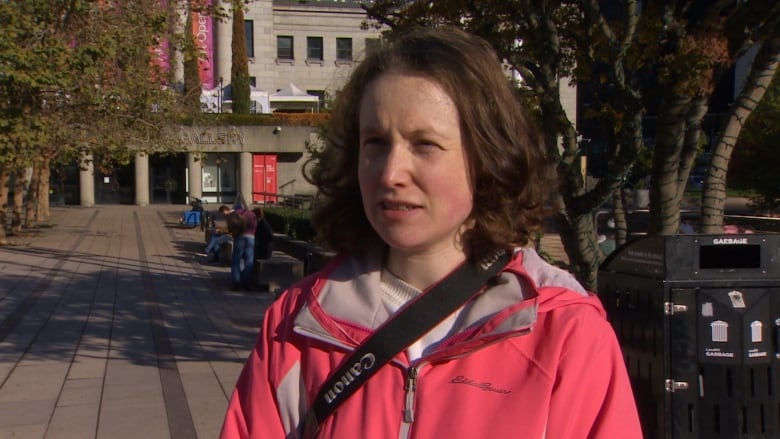 Climate activists in Vancouver said they threw maple syrup on a painting by one of Canada’s most iconic artists at the Vancouver Art Gallery Saturday to bring attention to the global climate emergency.

Emily Kelsall, who identified herself as one of the people who covered Emily Carr’s 1934 painting Stumps and Sky with maple syrup, said she was with a group called Stop Fracking Around.

The group is demanding an end to the Coastal GasLink Pipeline project, currently under construction from Dawson Creek to Kitimat on B.C.’s north coast.

The group told media that they, along with other protesters around the world, are targeting works of art because too little is being done to stop the progress of human-caused climate change.

“I think any amount of publicity we can get as an organization is worth it because the climate crisis is the most pressing crisis of our time,” Kelsall told CBC News.

“And the government instead of acting responsibly, is building fossil fuel infrastructure, they’re doing the exact opposite of what science and ethics is saying we need to be doing.”

A press release from Stop Fracking around identified the other person involved in throwing maple syrup on the Carr painting as Erin Fletcher.

In an email to CBC News, the Vancouver Police Department said two women entered the art gallery Saturday afternoon, put maple syrup on the painting and then posed for a third person who appeared to be taking pictures and video.

Police said no arrests have been made, but officers are investigating the incident.

Kelsall said gallery staff ushered her and Fletcher out of the gallery.

In a statement, the Vancouver Art Gallery confirmed that the painting was vandalized but there was no permanent damage to the artwork, which a recording from the gallery says “can be seen as a lament over the commercialization of the old growth forest.”

The gallery said it is working with police over the investigation, and that while it supports the free expression of ideas, targeting artwork in places like art galleries is misguided.

“A central part of our mission is to make safer spaces for communication and ideas.”

Kelsall told CBC News the group checked to ensure the painting was covered in glass and would not be damaged from the maple syrup before proceeding with the vandalism.