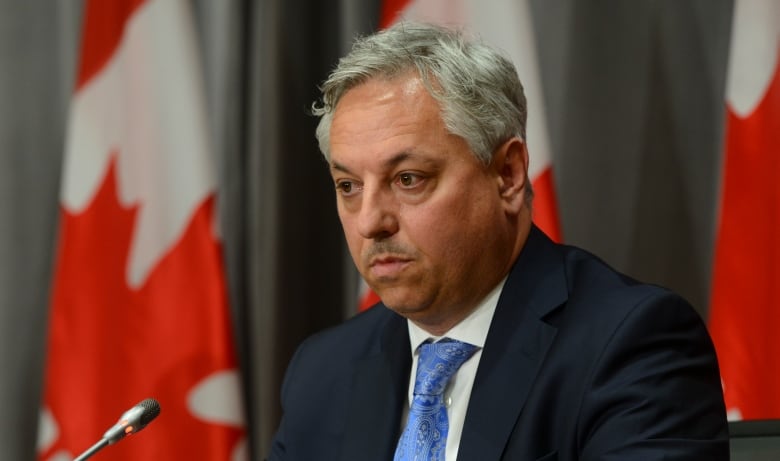 While millions of dollars in donations to support last winter’s convoy protest came from outside Canada, the national spy agency told officials during the protest that the money did not appear to be coming from foreign states or “foreign actors.”

In a summary of a Feb. 6 call tabled with the inquiry examining the government’s decision to invoke the Emergencies Act to deal with the convoy protest, David Vigneault, director of the Canadian Security Intelligence Service (CSIS), described what his service was seeing.

“There [are] no foreign actors identified at this point supporting or financing this convoy,” the call summary said. “FINTRAC is supporting this work/assessment and the banks are also engaged.

“The GoFundMe money and other fundraising platforms [are] being tracked by FINTRAC and banks and making sure that it is not used for a non-peaceful purpose.

“CSIS has also not seen any foreign money coming from other states to support this. There is not a lot (of) energy and support from the USA to Canada.”

The summary was presented Wednesday to the Public Order Emergency Commission, which is investigating whether the federal government’s use of emergency powers to end the protests was justified.

CSIS has not yet responded to questions from CBC News about the summary of the call or how the spy agency defines “foreign actors.”

The call that included Vigneault took place two days after GoFundMe announced it was shutting down a fundraiser that had raised more than $10 million for the convoy protest. That same day, a new fundraiser was launched on rival crowdfunding platform GiveSendGo.

In the statement it issued after invoking the Emergencies Act on Feb. 14, the federal government cited donations from outside Canada as one of the factors behind its decision.

“Anecdotal reports of donations from outside Canada to support the protesters were given credence when, on February 13, 2022, hackers of the crowdfunding website, GiveSendGo.com, released hacked data that revealed information about donors and the amount of donations directed to the protesters,” the government wrote.

In testimony before a parliamentary committee on March 3, officials from GoFundMe and GiveSendGo confirmed that donations to support the convoy came from people in Canada and other countries.

The summary of the Feb. 6 call also quotes Vigneault saying CSIS was working closely with border enforcement partners, including the RCMP and the Canada Border Services Agency.

“CSIS has lookouts throughout and they have been quite effective,” says the summary. “There is no major organization of truckers coming from the USA to Canada as part of this convoy. It is primarily a domestic issue.”

Vigneault also downplayed the presence of extremists among the convoy protesters.

“There are some individuals from other causes who are the hardened elements who will likely use violence but they see this as not their mission,” says the summary of Vigneault’s remarks. “They are in various locations like Parliament Hill, Quebec City, Toronto, Alberta; however, they are not actively participating or organizing it and are likely using this as a recruiting ground.”

The report of Vigneault’s comments seems to contradict part of the government’s rationale for invoking the Emergencies Act.

“The protests have become a rallying point for anti-government and anti-authority, anti-vaccination, conspiracy theory and white supremacist groups throughout Canada and other Western countries,” the government wrote in its statement on invoking the act.

“The protesters have varying ideological grievances, with demands ranging from an end to all public health restrictions to the overthrow of the elected government.”