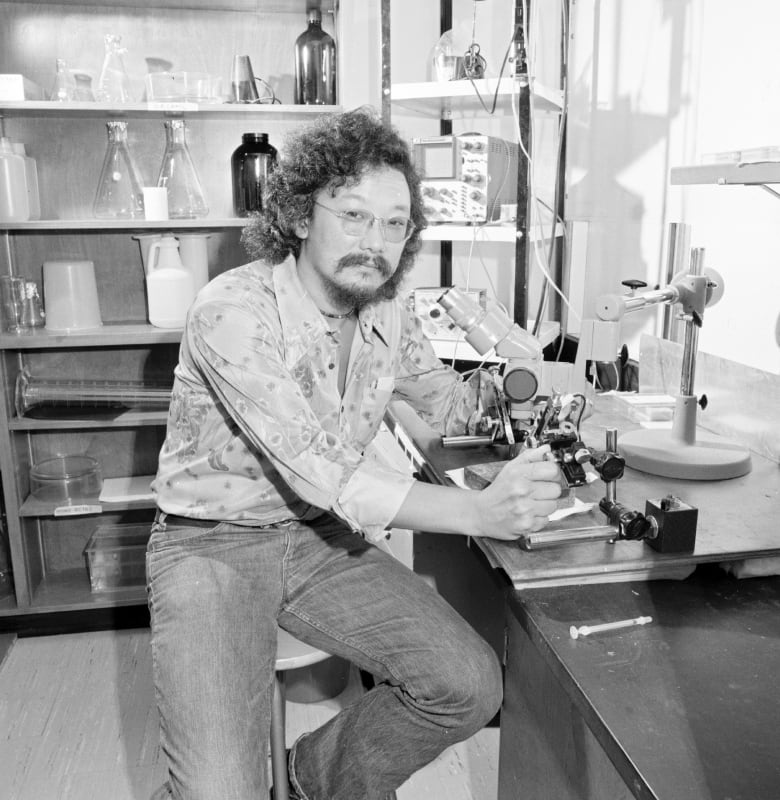 After 44 years of hosting CBC’s The Nature of Things, David Suzuki’s tenure will be coming to an end. While the upcoming season will be his last, that doesn’t necessarily mean the public will see or hear less from the iconic — and sometimes controversial — Canadian environmentalist.

“This is the most important time in my life,” Suzuki announced Sunday in an interview on The National with host Ian Hanomansing. “I hate to call it retirement. I’m just moving on.”

His final season with the nature and science-focused series launches in January. In a statement, CBC management said new hosting plans will be confirmed “in the coming weeks.”

Suzuki said he is very excited about the show’s future.

In recent years, the 86-year-old has taken a step back from the series, appearing on camera less often. He pokes fun at his age, saying he is “way past my best before date.”

Suzuki said he’s wanted to retire for a while but stayed on with the show to make sure that The Nature of Things wouldn’t be cancelled after his departure.

“People in the media think, ‘Oh God, The Nature of Things, is it still on?'” he said. “You’re damn right it’s still on!”

The show — and Suzuki — have come a long way since he first started hosting in 1979.

When he kicked off his broadcasting career in the 1960s, Suzuki’s casual style stood out.

“I had a headband and hair down to my shoulders and granny glasses, and the scientists were outraged that this hippie is talking about science,” he said.

But Suzuki was able to connect with the audience, and he took Canadians along for the ride as he explored a range of topics.

Through The Nature of Things, Suzuki shared his passion for science and nature with the public at large — from explaining how a ballpoint pen works to discussing the 1980s battle over logging on British Columbia’s Haida Gwaii, formerly known as the Queen Charlotte Islands.

It’s through interviewing Haida people that Suzuki said he first came to understand how nature and humans are interconnected.

“Through them, I saw there is no ‘environment out there’ … the environment is what makes us who we are,” he said.

Guujaaw tells Suzuki why the Haida are opposed to logging.

David Suzuki talks to Haida activist and artist Guujaaw (then called Gary Edenshaw) about why the Haida are opposed to logging. The interview is from the documentary Windy Bay, which first aired on The Nature of Things in 1982.

Fears that environmentalism has failed

During his long tenure as a science communicator and environmentalist, Suzuki has earned a reputation for speaking his mind — and sometimes landing in hot water.

He’s made controversial statements on the safety of genetically modified foods. The general consensus among the majority of scientists and the World Health Organization is that GMOs are safe, though some members of the public remain wary, according to a survey by the Pew Research Center.

Last year, Suzuki was accused of inciting eco-terrorism for saying that if the government doesn’t take climate change seriously, people will blow up pipelines. Critics have also suggested that the environmentalist is a hypocrite for living in a multimillion-dollar waterfront home in Vancouver.

Suzuki has defended himself, saying trolls and news outlets can take his words out of context or twist them around.

“This kind of attack is used as somehow a reason to avoid whatever I’m saying. But that doesn’t mean the message isn’t real,” Suzuki told CBC’s Ian Hanomansing.

Suzuki is both irreverent and self-critical as he reflects on his legacy.

Looking back at his on-air career, he said he feels privileged to have been a part of the series and is proud of what it achieved, though he doesn’t see that as his accomplishment alone.

Suzuki said he hopes people have learned something from his work, but added that “when I’m dead, I don’t give a shit what people think about me. I’ll be dead.”

As for his environmental activism, Suzuki said he has more work to do.

“Overall I feel like a failure, being part of a movement that has failed,” he said. “All I want is to be able to say to my grandchildren, ‘I did the best I could.'”

Suzuki said he thinks the key to addressing climate change is getting people to shift how they think about nature.

“We are intimately connected. There is no separation from us and the air, between us and nature,” he said.

He’s looking forward to soon having more free time to devote to the environmental movement.

‘We can now speak the truth’

As he transitions into the next phase of his life, Suzuki said he believes that now more than ever, it’s his responsibility to call it like it is.

“I don’t have to kiss anybody’s ass in order to get a job or a raise or a promotion,” he said. “I’m free now, as an elder.

“As an elder, you’re way beyond worrying about more power or money or fame. We can now speak the truth. We can look back and say ‘this is BS.'”

Just days ago, Suzuki did exactly that at a news conference in B.C., and accused the federal government of “bullshit” for promoting tourism while falling short on addressing climate change.

He credits his father for teaching him to take a stand. Suzuki remembers getting lectured by his dad while in high school for taking a “namby-pamby” stance on an issue as student body president.

“He said, ‘If you want everybody to like you, then you’re not going to stand for anything. There are always going to be people who will object to or disagree with you.'”

Suzuki, a third-generation Japanese Canadian, spent part of his childhood in an internment camp in B.C.’s Interior with his family during the Second World War. His father was sent into forced labour by the Canadian government.

He said his experience during the war is part of the reason social justice and activism are important to him.

When asked what his childhood self would think of where he is now, Suzuki paused.

“I guess he would be surprised. I have no idea what he would think.”

Suzuki, a scientist by training, said he never planned on becoming a full-time broadcaster. After eight years of post-secondary studies in the United States, he returned to Canada in 1962 with plans to pursue a career as a geneticist.

“In my mind I was a hotshot scientist,” Suzuki said. “I wanted to make my name in genetics — and to my shock, when I applied for a research grant, I was given $4,200.”

Suzuki said he couldn’t believe the lack of funding for Canadian research, compared with his American peers who were receiving grants in the tens of thousands of dollars.

“I said, ‘What the hell is going on? Canada and science is like a backwater.'”

That’s part of what sparked Suzuki’s drive to share his passion for science with the country.

His introduction into journalism started with a series of TV episodes about genetics, broadcast on a local CBC Alberta channel on Sunday mornings. Suzuki was teaching in the genetics department at the University of Alberta at the time.

“I started meeting people on campus who said, ‘I really liked the show you did last week.'”

Suzuki said he was surprised how many people were watching TV on a Sunday.

“That’s when I realized this is a powerful medium.”

He would later go on to become the first host of CBC’s radio program Quirks & Quarks, and in 1979, he took over as host of The Nature of Things, which debuted in November 1960.

“I wanted Canadians to know that science is important,” Suzuki said.

Even though people now have a wealth of information at their fingertips now, Suzuki worries about the toll of misinformation.

“I wanted people to get more information. Well, they’ve got it now…. It’s really an atrocious state, and people don’t know how to wade through that morass of information,” he said.

“But I’m hoping that even though it’s a cesspool out there, that The Nature of Things will continue to glisten like a jewel.”

Suzuki said he is deeply appreciative of his time with the show and the opportunities it gave him to learn from others.