Do we really need another show about Jeffrey Dahmer? 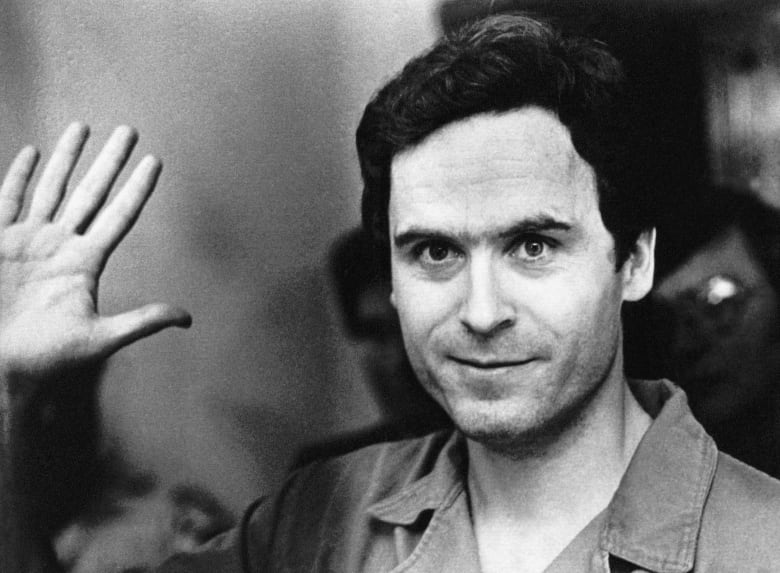 The new Netflix series Dahmer — Monster: The Jeffrey Dahmer Story has a title nearly as long as the trail of Dahmer shows and movies it follows.

The series from writer-director Ryan Murphy comes roughly five years after the feature film My Friend Dahmer (about the Milwaukee serial killer’s high school years), itself an adaptation of a graphic novel by childhood friend and cartoonist Derf Backderf.

That book arrived in 2012, the same year as the documentary The Jeffrey Dahmer Files, which looked at Dahmer from the perspective of a detective who interviewed him and a neighbour. Two years before, an early-career Jeremy Renner took on the role in Dahmer, from director David Jacobson.

Of course these are not the only pieces of media about him. In fact, they’re just the ones I’ve seen myself. Alongside are so many TV specials, books and podcasts analyzing a man who murdered 17 people — mostly Black men — that it’s become hard to imagine there’s much more ground to cover. Even with Renner’s Dahmer, which saw a generally positive critical reception, the Seattle Times criticized it for not offering “any insights that haven’t been thoroughly debated in the media already,” released 20 years before Monster.

And Netflix is already offering another: the newest season of Joe Berlinger’s Conversations with a Killer series premiered  Friday with a focus on Dahmer, after previously profiling serial killers Ted Bundy and John Wayne Gacy.

Though Berlinger said in a recent interview he was completely unaware of the other show while making his, he was “sure Netflix programmed it with the Murphy show in mind.”

The glut of shows about Dahmer is just the tip of the iceberg. He, together with Bundy and Gacy, are the three most well-known killers from what investigative historian and author Peter Vronksy calls the “golden age of serial murder.”

The three decades between 1970 and 1999 saw roughly 88 per cent of all American serial killers, he said, and laid the groundwork for their transition to what might, unfortunately, be referred to as celebrity.

“They have kind of a mythical status almost,” said Vronksy, the author of several books on the history serial killers, “because we knew so little about them, they were so mysterious.”

The reason there are so many productions now has to do with that “golden age” and what happened after.

The concentration of those killers and their ubiquity in the news ended with Dahmer, who was caught in 1991, Vronksy says. He was “the last of the epidemic era” in the U.S.

After him, the novelty of the phenomenon began to taper off, as did reporting on serial killers. Serial killing itself also declined, said Vronsky, due possibly to the perpetrators being caught earlier, the ubiquity of cell phones and a decline in murder in general.

But by the early 2000s interest in them, and true crime in general, had again exploded.

“There’s been a huge increase in popularity, and [in] true crime all across the board,” said Chicago-based true crime filmmaker and author John Borowski, whose documentary Serial Killer Culture looked specifically into the widespread fascination with such criminals.

“You look at the channels now that are specifically only true crime channels, which didn’t exist before…. You had some smattering of shows, but now they’re everywhere.”

That includes everything from the explosion of police interrogation analyses on YouTube (almost solely due to the popularity of the JCS Youtube channel in the past year) to reinvestigations of grisly crimes (as in Making a Murderer or the bombshell podcast Serial) to a newfound fascination with grifters and corporate cheats (as in this year’s WeCrashed, Inventing Anna, The Dropout and Super Pumped).

But, largely prompted by the huge success of Netflix’s Mindhunter, demand specifically for true crime on serial killers has reached a fever pitch, Borowski says.

But because the golden age has ended, that hunger is being fed by returning to the same subjects for seemingly endless reanalyses. Serial killers’ names operate almost like brands, with a slew of connected titles production companies can be sure will bring attention regardless of quality.

Before Dahmer, the focus was on Bundy — one of the America’s most prolific serial killers who twice escaped custody before being executed in 1989. In 2019 there was Extremely Wicked, Shockingly Evil and Vile, a Zac Efron-led feature that preceded 2020’s Ted Bundy: Falling for a Killer.

Before that was Joseph James DeAngelo, known alternatively as the East Area Rapist and the Original Nightstalker, who killed at least 13 people. Though he committed most of his crimes in the ’70s and ’80s, he was not caught until 2018 — barely preceded by Michelle McNamara’s book I’ll Be Gone in the Dark and a followup HBO documentary, among others.

Even this year’s sleeper hit Black Phone featured a serial killer modelled after Gacy, who — alongside his season of Conversations With a Killer which debuted earlier this year — also makes an appearance in Monster.

Having new angles, or other information that warrants a fresh look, is a common selling point.

Borowski says even though Gacy was arrested in 1978, new details are still being discovered. The Bundy films were largely hooked to his daughter and former girlfriend breaking their silence to tell their stories. And Monster attempts to turn the focus more onto Dahmer’s victims and the woman who worked to see him caught, Glenda Cleveland.

Jasmyne Cannick says she saw herself in Cleveland in Monster — a Black woman fighting an institution that wouldn’t investigate a crime she knew was being committed.

While working as an investigative journalist in Los Angeles in 2017, Cannick helped uncover that political activist Ed Buck had assaulted homeless Black men, and contributed to the deaths of at least two, in his apartment by injecting them with methamphetamine — often while they were unconscious.

Cannick first started reporting on the story when one man, Gemmel Moore, was found dead in Buck’s apartment, but says it wasn’t until a third overdosed twice in Buck’s home that he was arrested and charged. She says Monster helped highlight an issue that is always in danger of repeating itself.

“There’s definitely value. I’m a journalist. I tell stories. I’m a writer,” Cannick said. “I definitely believe that there is value in and in sharing stories … you can be truthful and you can do right by the victim. You can do that.”

But the show’s attempt at juggling a focus on Dahmer’s victims with a humanizing look at Dahmer himself seemed, both to critics and those directly affected by his crimes, callous.

“I fear that these shows, whether documentaries or fictionalized takes, issue a type of sick notice to white audiences,” writer Veronica Wells-Puoane said in a Daily Beast essay. “They remind them of their complexion for protection, even against the consequences of their own depravity. Commit a crime, and go down in infamy with a Netflix documentary.”

“Americans don’t need more ‘awareness’ of serial killers,” she wrote. “We need to be honest about the consequences of retelling real tragedies.”

Meanwhile, Rita Isbell — sister to Dahmer’s victim Errol Lindsey — said in an interview with Insider she was never contacted about the show, and is upset that Netflix co-opted the story for its own financial gain.

I’m not telling anyone what to watch, I know true crime media is huge rn, but if you’re actually curious about the victims, my family (the Isbell’s) are pissed about this show. It’s retraumatizing over and over again, and for what? How many movies/shows/documentaries do we need? <a href=”https://t.co/CRQjXWAvjx”>https://t.co/CRQjXWAvjx</a>

And despite the show’s stated goal to focus on victims, Lindsey’s cousin, Eric Thulhu, tweeted soon after Monster‘s release that the series was “retraumatizing” to the family.

“And for what?” he wrote. “How many movies, shows [and] documentaries do we need?”