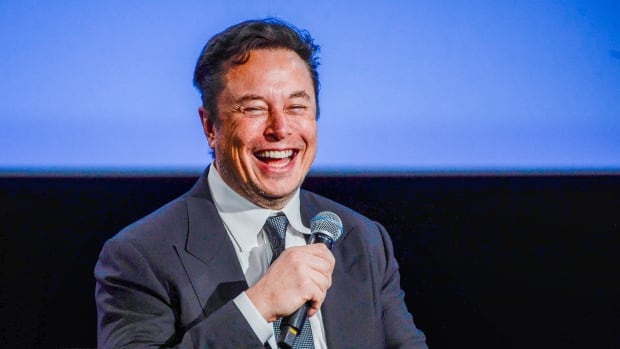 Elon Musk said late Tuesday that he plans on remaining as Twitter’s CEO until he can find someone willing to replace him in the job.

Musk’s announcement came after just over 57 per cent of responses indicated that he should step down from the role, in an unscientific poll the billionaire himself created and promised to abide by the past weekend.

“I will resign as CEO as soon as I find someone foolish enough to take the job!” Musk tweeted. “After that, I will just run the software & servers teams.”

Since taking over San Francisco-based Twitter in late October, Musk’s run as CEO has been marked by quickly issued rules and policies that have often been withdrawn or changed soon after being made public.

He has also alienated some investors in his electric vehicle company Tesla who are concerned that Twitter is taking too much of his attention.

“The first weeks of Mr. Musk’s Twitter ownership have raised questions about possible violations of securities or other laws, including whether Mr. Musk is funnelling Tesla resources into Twitter,” Democratic Sen. Elizabeth Warren said in a letter, made public, to Robyn Denholm, Tesla’s board chair.

Some of Musk’s actions have unnerved Twitter advertisers and turned off users. They include laying off half of Twitter’s workforce, letting go contract content moderators and disbanding a council of trust and safety advisors that the company formed in 2016 to address hate speech, child exploitation, suicide, self-harm and other problems on the platform.

Musk, who also helms the SpaceX rocket company, has previously acknowledged how difficult it will be to find someone to take over as Twitter CEO.

Bantering with Twitter followers last Sunday, he said that the person replacing him “must like pain a lot” to run a company that he said has been “in the fast lane to bankruptcy.”

“No one wants the job who can actually keep Twitter alive. There is no successor,” Musk tweeted.

As things stand, Musk would still retain overwhelming influence over platform as its owner. He fired the company’s board of directors soon after taking control.