Exclusive! R Balki on the Amar Akbar Anthony screening and the midnight celebrations at the multiplex | Hindi Movie News 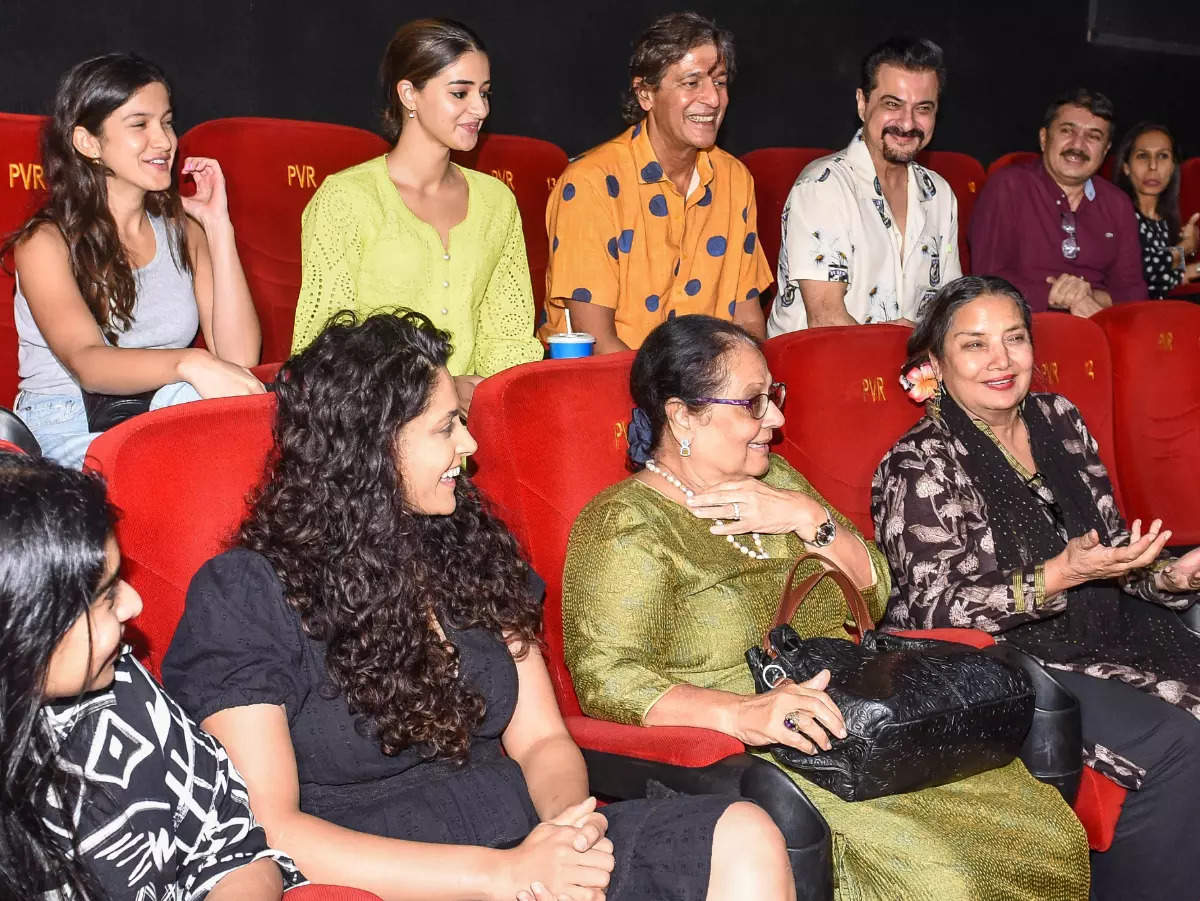 A special screening of Amitabh Bachchan’s iconic film Amar Akhar Anthony was held on Monday night at PVR in Juhu, Mumbai. It was a part of the four-day festival – Bachchan: Back To The Beginning – hosted by Film Heritage Foundation to celebrate Big B’s momentous 80
th birthday.

To mark the special occasion celebrities like R Balki, Vikramaditya Motwane, Divya Dutta, Ananya Panday, Shanaya Kapoor, Sanjay Kapoor arrived for the screening. The guests were seen looking at the old posters of Bachchan starrers like Amar Akbar Anthony, Mili, Mr. Natwarlal adorning the walls of the multiplex. Likewise, golden moments from the actor’s work life captured in photos were also put up on display. These included a picture of Big B with his co-stars Shashi and Rishi Kapoor and his first Filmfare cover of 1971. Guests were also seen posing with the life-size cut out of Bachchan and excitedly taking a look at his iconic Shahenshah costume that was put on display too.

Talking about the celebrations last night, R Balki, who’s worked extensively with Bachchan and shares a friendly bond with the actor, told us, “I think it was more important than anything to celebrate the landmark year of possibly the most phenomenal thing that has happened to Indian cinema! Amit ji is the face of Bollywood in a lot of ways and we will never see a phenomenon like this for another 100 years. We are all lucky to be living in an era where Amit ji has been performing and entertaining us. And so, I feel the celebrations should continue all through the year.”

Talking about the surprise at the stroke of midnight, Balki said, “We just thought it would be nice to kind of stop the screening at 11.59 pm and have the audience wishing Happy Birthday to the icon. So, we spoke to the multiplex chain and they decided to extend it right across the country for any film that was playing at 11.59 pm and have the audience participate in the festivities. It was quite a sight to see people getting surprised and then joining in by singing the birthday song.”

“The Film Heritage Foundation has done such an incredible job of putting together this fabulous festival. They have restored all of these films and they are looking spanking new on the big screen. It was an experience. It has received a tremendous response where the shows were packed to full houses. They had to add additional shows because there was a huge demand for the tickets. In fact, some of Amit ji’s closest friends couldn’t get tickets to watch the films. I have never seen something like this before and I think now we are truly beginning to realise why Amit ji was such a legend and he still is,” concluded Balki.