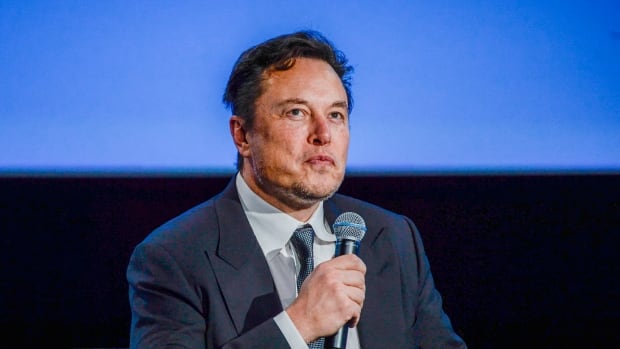 A media and marketing agency that is responsible for buying and planning much of the government’s advertising has advised federal departments to pause activity on Twitter, citing mass layoffs at the company.

Cossette, which is the government’s “media agency of record,” issued guidance Friday to “pause activity immediately and monitor the situation over the weekend” due to “unknown continuity plans for moderation” and a “heightened risk of brand safety,” according to an internal document seen by CBC News.

Twitter recently laid off 50 per cent of its staff following a takeover by Elon Musk who, as the head of electric vehicle maker Tesla and rocket company SpaceX, has become the richest man in the world.

Twitter’s head of safety and integrity, Yoel Roth, tweeted Friday that only 15 per cent of the team responsible for moderation and safety was affected and “our core moderation capabilities remain in place.”

Cossette’s guidance said the layoffs prompted increased concern about the effectiveness of Twitter’s moderation and brand safety — which essentially means ensuring that advertising placed next to content does not negatively impact the reputation of the advertiser.

Cossette also noted that the U.S. midterm elections will be held Tuesday, resulting in “a lot of focus on the platform for abuse.”

The federal government spent over $3 million on Twitter ads through Cossette from 2020 to 2021, according to its most recent annual report.

With early voting underway in the US, our efforts on election integrity — including harmful misinformation that can suppress the vote and combatting state-backed information operations — remain a top priority.

Musk has responded by calling out what he described as “activist groups” pressuring advertisers to drop Twitter, accusing them of “trying to destroy free speech in America.”

Musk has said Twitter has already experienced a “massive drop in revenue,” after claiming layoffs were necessary because Twitter was losing $4 million per day.

Public Services and Procurement Canada has not yet responded to a request for comment from CBC News.