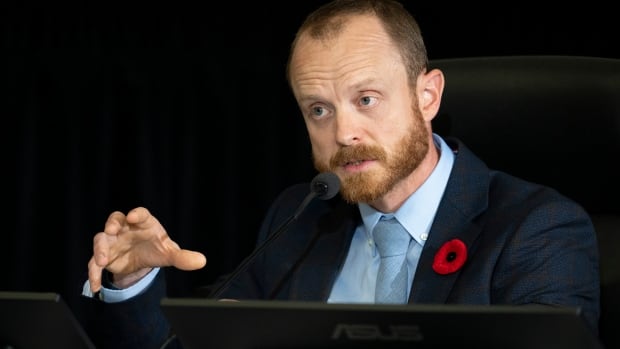 A former Mountie and member of prime minister Justin Trudeau’s security team has denied an allegation that he leaked the prime minister’s schedule in the months leading up to the self-styled Freedom Convoy protest against pandemic measures.

An Ontario Provincial Police (OPP) “Person of Interest” (POI) document, dated January 30, 2022, said a former RCMP officer — whose name and photo were redacted — is “believed to have leaked the prime minister’s schedule a few months ago.” The OPP cited the RCMP on the allegation. The document does not say to whom the information was allegedly leaked.

The document was tabled publicly as part of the Public Order Emergency Commission inquiry, which is holding hearings in Ottawa to investigate the federal government’s decision to invoke the Emergencies Act to end an anti-vaccine mandate protest that gridlocked downtown Ottawa for weeks last winter.

In a statement submitted to the inquiry Friday, Daniel Bulford, a 15-year veteran of the RCMP who resigned from the Mounties in December 2021, acknowledged that he was the subject of the profile. He denied leaking any information.

“In the POI Profile made by the Ontario Provincial Police therein, it states that it is believed that I had leaked the Prime Minister’s schedule some months prior to January 30, 2022. That is categorically false,” Bulford said in the statement.

“The first I have ever even heard of this allegation was upon reading the POI Profile on October 21, 2022. At no time have I ever leaked anything to anyone or any tradecraft that I obtained in my duties as a member of the RCMP and the Emergency Response Team.”

The RCMP has yet not responded to CBC’s questions about the allegation in the OPP document.

Bulford said in his inquiry testimony that he served as a sniper-observer on the RCMP’s national division Emergency Response Team for most of his RCMP career. He said the RCMP revoked his security clearance after he spoke out against the federal government’s COVID-19 vaccination mandate for Mounties, which went into effect in October 2021. Bulford resigned from the RCMP in December 2021.

“I knew that I would be subject to disciplinary action, and after I reviewed what my options were in regards to that, I discovered that if I was terminated for misconduct, which I suspected would be the case, I could potentially lose roughly half of my pension transfer value,” Bulford said in his testimony.

“So I made the decision to resign out of fear that I would not be able to set my family up adequately financially in the future.”

Bulford told the inquiry he later joined the self-styled Freedom Convoy protest that gridlocked much of Ottawa’s downtown for weeks last winter. He said he served as a “volunteer security coordinator” and “police liaison” with the convoy starting on January 26, 2022.