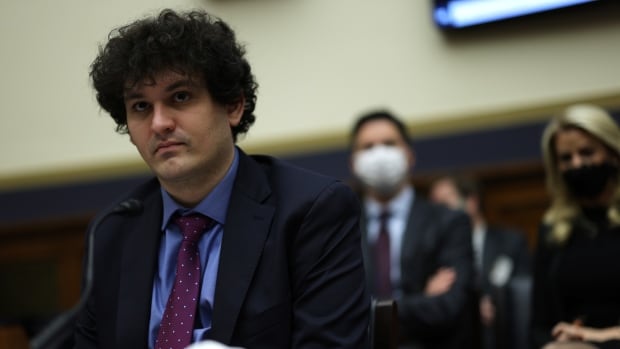 FTX founder Sam Bankman-Fried was arrested in the Bahamas at the behest of U.S. prosecutors on Monday, the day before he was due to testify before Congress about the abrupt failure last month of one of the world’s largest cryptocurrency exchanges.

The arrest marks a stunning fall from grace for the 30-year-old entrepreneur who rode a cryptocurrency boom to create one of the world’s largest cryptocurrency exchanges and a net worth that Forbes pegged a year ago at $26.5 billion US.

The exchange, launched in 2019 and based in the Bahamas, filed for bankruptcy Nov. 11 after it struggled to raise money to stave off collapse as traders rushed to withdraw $6 billion from the platform in just 72 hours.

The attorney general’s office for the Bahamas said it proceeded with the arrest after receiving formal confirmation of charges against Bankman-Fried, adding that it expects he will be extradited to the United States.

The arrest came as Bankman-Fried prepared to lash out at his former lawyers at Sullivan and Cromwell, new FTX CEO John Ray and rival exchange operator Binance at a U.S. Congressional hearing.

In the testimony, a draft copy of which was seen by Reuters, Bankman-Fried planned to say he was pressured by Sullivan and Cromwell lawyers to nominate Ray as CEO following the sudden exodus of customer funds. And when within minutes he changed his mind, following an offer of billions of dollars of fresh funding, he was told it was too late.

It is unclear, however, whether Bankman-Fried will get to testify.

U.S. prosecutors in Manhattan said they had a sealed indictment against Bankman-Fried and charges would be revealed on Tuesday. The New York Times reported Bankman-Fried faces charges fraud and money laundering charges.

Bankman-Fried and his lawyer Mark Cohen did not immediately respond to requests for comment, nor did Sullivan and Cromwell, FTX, Ray and Binance.

A statement from the Bahamas Police said Bankman-Fried had been arrested shortly after 6 p.m. ET Monday at his apartment complex, located in Albany, Nassau, in the Bahamas.

“He was arrested reference to various Financial Offences against laws of the United States, which are also offenses against laws of the Commonwealth of The Bahamas,” the statement said, adding he was taken into custody without incident and will appear in Nassau’s Magistrate Court on Tuesday.

On 12 December 2022, the Office of the Attorney General of The Bahamas is announcing the arrest by The Royal Bahamas Police Force of Sam Bankman-Fried (“SBF”), former CEO of FTX. <a href=”https://t.co/CRNeLPAbVp”>pic.twitter.com/CRNeLPAbVp</a>

A spokesperson for the U.S. Attorney’s office in Manhattan confirmed Bankman-Fried had been arrested in the Bahamas but declined to comment on what the charges were.

“Earlier this evening, Bahamian authorities arrested Samuel Bankman-Fried at the request of the U.S. Government, based on a sealed indictment filed by the United States Attorney’s Office for the Southern District of New York,” United States prosecutor Damian Williams said in a statement.

“We expect to move to unseal the indictment in the morning and will have more to say at that time.”

Mark Cohen, a lawyer for Bankman-Fried, did not immediately respond to a request for comment.

Another crypto player being scrutinized

Bankman-Fried’s indictment by U.S. authorities comes as the Department of Justice is considering charges against a far bigger player in the crypto world, industry-leading exchange Binance.

Reuters reported Monday that some Justice Department prosecutors believe they have gathered sufficient evidence in their long-running investigation of Binance to charge the company and some top executives. A Binance spokesperson told Reuters in relation to the story: “We don’t have any insight into the inner workings of the U.S. Justice Department, nor would it be appropriate for us to comment if we did.”

Binance is under investigation for possible money-laundering and sanctions violations, Reuters has reported. Others in the department have argued for taking time to review more evidence, four people familiar with the matter told Reuters.

The arrest also came a day ahead of Bankman-Fried’s scheduled appearance before U.S. lawmakers on Tuesday, where he was planning to give testimony via a video link.

The U.S. House Financial Services Committee was scheduled to hear from Bankman-Fried and current FTX CEO John Ray during the first in a series of hearings to examine the collapse of FTX beginning at 10 a.m. ET.

‘I didn’t ever try to commit fraud’

Bankman-Fried told Reuters the company did not “secretly transfer” but rather misread its “confusing internal labeling.” Asked about the missing funds, he responded: “???”

In a series of interviews and public appearances in late November and December, Bankman-Fried acknowledged risk management failures but sought to distance himself from accusations of fraud, saying he never knowingly commingled customer funds on FTX with funds at his proprietary trading firm, Alameda Research.

“I didn’t ever try to commit fraud,” Bankman-Fried said in a Nov. 30 interview at the New York Times’ Dealbook Summit, adding he doesn’t personally think he has any criminal liability.

U.S. crypto investors also sued Bankman-Fried, alleging he and a slew of celebrities who promoted FTX engaged in deceptive practices, leaving the investors with $11 billion in damages.

FTX’s demise marked the latest turmoil for the cryptocurrency industry this year. The overall crypto market has slumped amid a string of meltdowns that have taken down other key players including Voyager Digital and Celsius Network.