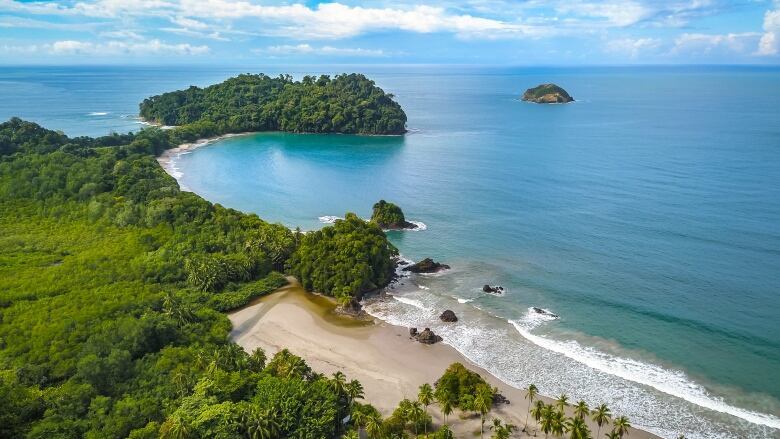 The funding gap between what developing countries need for conservation and what’s actually being offered by wealthy nations has become a major sticking point at the UN biodiversity conference in Montreal.

Looming over the negotiations is an estimated $700 billion US gap that’s needed to conserve biodiversity around the planet. Until now, only about $17 billion US in public funding has been committed.

“Without finance none of this can happen,” said Jennifer Morris, CEO of global environmental group the Nature Conservancy, which put together the widely cited 2020 report highlighting the shortfall.

Now, with just three days left before the official end of the COP15 conference, environment ministers from the Global South are making their case — highlighting how more funding could help them save nature.

And they are gaining some momentum. In the months leading up to COP15, and even in the past few days, wealthy nations have scaled up their contributions significantly. About $7 billion US of the public funding committed until now was pledged since 2020 alone.

Morris calls the money a “down payment” on the future of the planet.

Why is the money important?

The developing world contains most of the planet’s biodiversity in its forests and tropical ecosystems. Costa Rica, for example, co-chairs the High Ambition Coalition, a group of 116 countries that champion the goal of protecting 30 per cent of the world’s land and ocean by 2030, which is being negotiated in Montreal.

Costa Rica’s Environment Minister Franz Tattenbach has been working his way through negotiating rooms in Montreal to ramp up support for an agreement. He says that his country, which is covered in dense tropical forests and scenic coastlines, shows what can happen with funding for conservation.

From 1986 to 2013, Costa Rica’s forest cover doubled to 53 per cent, according to government statistics. The country has funded conservation efforts with a tax on fossil fuels, reinvesting the proceeds to help landowners and communities protect their local ecosystems.

New funding would help Costa Rica turn its attention to its ocean ecosystems.

“We need funding for advancing our ambitious ocean target of 30 per cent of ocean protection. Costa Rica has 10 times more ocean economic zone area than our land,” Tattenbach said.

The vastness of its ocean area presents Costa Rica with challenges that are different from those of protecting its land.

Ocean protection will require new funding, Tattenbach says, because of the cost of running programs to monitor the area and fund things like sustainable fishing.

“We are 10 times bigger on the ocean than we are at land. And so protecting 30 per cent of that means protecting three times our territory. So it’s a big challenge,” he said.

To limit global warming to 1.5 C, which is the goal of the Paris Agreement on climate change, deforestation has to end by 2030. Climate change and biodiversity loss are often referred to as twin crises, meaning one cannot be solved without addressing the other.

But there’s a cost to leaving nature alone — everything from managing conservation areas to paying people to guard them comes with a price tag.

And over the course of the summit, trying to close that $700 billion gap led to tension. Negotiations hit a breaking point earlier this week when delegates from developing nations walked out.

Ecuador, which is also a member of the High Ambition Coalition, was among those that left the table over the lack of commitments from wealthy nations.

“Imagine my president making a decision, OK, $100 billion for a hospital for children… or tagging whales to understand their behaviour? [Which] would you choose?” he said.

“Without nature we can’t live. But kids need to eat — tonight. Not tomorrow. Tonight.”

That’s why, Manrique said, the Global South is calling on wealthy countries to help close the gap on biodiversity funding.

Ecuador’s range of ecosystems is prized for its rich variety, from the precious self-contained ecological system of the Galapagos Islands, to the Andes mountain range and the Amazon forest.

But that biodiversity is threatened by deforestation caused by urban sprawl, agriculture, mining and the oil industry.

Earlier this year, Ecuador President Guillermo Lasso announced the expansion of the marine reserve around the Galapagos. The reserve was already one of the largest in the world, but the additional 60,000 square kilometres covers a feeding and migration area for endangered species such as sea turtles, sharks and whales.

“We reduced our field of fishing because we wanted to send to the world a message of maturity, understanding, conservation and balance,” Manrique said.

As COP15’s host country, Canada has thrown its diplomatic muscle behind getting a deal done. Environment Minister Steven Guilbeault on Friday pledged an additional $255 million to fund conservation in developing countries. Guilbeault has made it clear that Canada expects an agreement to get done by the end of the conference.