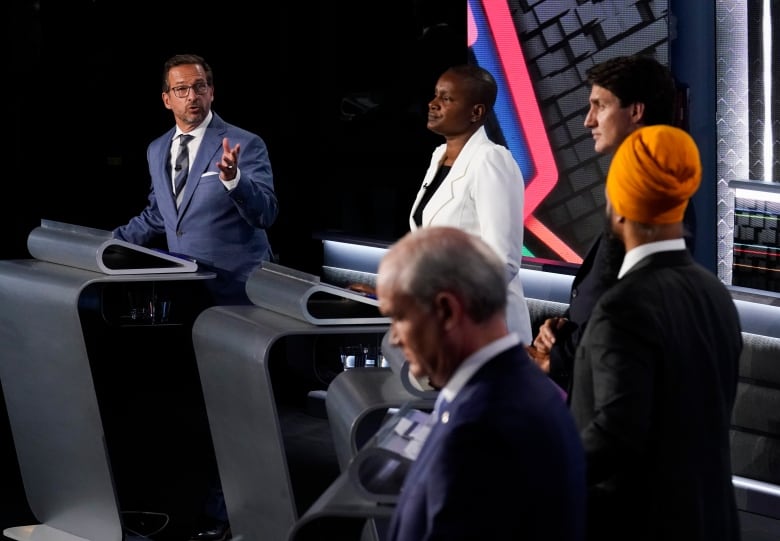 The race to become the next leader — or leaders — of the Green Party of Canada will come to a close Saturday evening.

With party members gathering at the Westin hotel in Ottawa, results are expected to be announced at 8 p.m. local time in a race that features six candidates.

Four of those candidates have paired up to campaign in two separate joint tickets, promising that if one of them is elected leader, the other will be appointed deputy leader until a constitutional amendment allowing co-leadership can be put to party members.

Elizabeth May, the former longtime leader of the party and one of its two sitting MPs, is half of one joint ticket, running alongside Jonathan Pedneault. The two have pitched themselves as steady hands at the helm, combining experience and youth.

Anna Keenan and Chad Walcott are also running as a joint ticket, pitching themselves as “unapologetically progressive.”

The deadline for the party to receive mail-in ballots passed on Nov. 10, and online voting will remain open until 3:30 p.m. ET Saturday. The party says 22,000 members are eligible to vote in this contest, compared to 32,000 in the last leadership race.

Candidates have been campaigning officially since May in a bid to take over a party that has faced significant challenges in recent years.

The party has been embroiled in internal disputes and fought the 2021 election facing severe fundraising challenges.

This leadership race was prompted by the resignation of former leader Annamie Paul following the last federal election. Paul placed fourth in her Toronto Centre contest, though the Greens won two seats, with May holding her Vancouver Island riding and Mike Morrice breaking through in Kitchener Centre.

During her news conference following the 2021 federal election, Paul described her time as leader as “the worst period in my life” in many respects.

Some party members were critical of Paul’s leadership style and blamed her for MP Jenica Atwin’s defection to the Liberals earlier that year. At the time, Paul said accusations against her were driven by racism and sexism.

The Greens secured just under 400,000 ballots, about 2.3 per cent of the popular vote, in the 2021 federal election. That represented a steep decline from the over one million votes cast for the party in 2019.