Homeless, charities are desperate for government help: Here is what they need 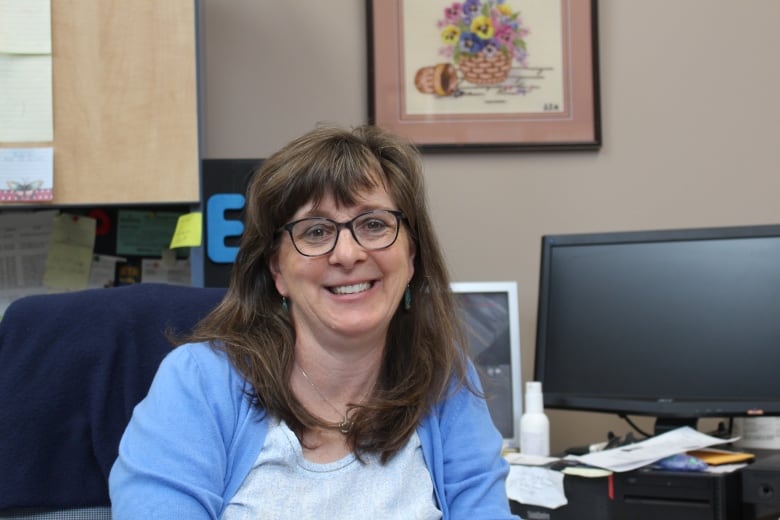 Esther Mah and Mickey Maguire aren’t suggesting the New Brunswick government spend its entire budget surplus on the province’s most vulnerable, but they both believe spending a small fraction of the projected $135.5 million could make a huge difference to those experiencing homelessness and to those trying to help them.

While the province is awash in cash, charities and churches are pinching every penny to serve the growing number of people who are struggling.

CBC News asked people who are struggling, and those trying to help, how the government could best spend some of its surplus.

“I can come up with all kinds of ways we could spend that money,” Mah said of the surplus. “I think our biggest problem here in Moncton is a lack of safe space for [homeless] people to be — especially during the day.”

When Mah was hired eight years ago as the office administrator at St. George’s Anglican Church, there were just a few regulars who would stop by for a shower or a bag of food.

“My days were quiet,” Mah said with a laugh. “Not quiet anymore.”

For more than a year, St. George’s has been opening its basement every morning to people who are homeless. At first, volunteers and staff were serving breakfast to about 15 people between 8 a.m. and 11:30 a.m. That has grown to 90 people.

Mah would like to see the government spend some of the surplus to fund a safe space that would be open every day to people without homes.

“Everybody deserves somewhere to be,” she said. “Somewhere during the day to stay dry and stay warm and be safe and then they wouldn’t be all over the businesses downtown or the church steps. It would give everybody a little bit more sense of peace and quiet and safety.”

Expenses up, donations down for charities

Right now, charities and churches are struggling to meet the increasing demands of people still sleeping in tents and under tarps.

“We have one shower that we offer, so we have to schedule it,” Mah said. “They have 20 minutes, which is, I have to say if you’re cold or really filthy or just want a nice safe place, you don’t want to be out in 20 minutes. They want to be in there longer.”

Each day, eight of the 90 people who come for breakfast are able to sign up to take a shower.

Mah says the church had to go hunting for help to purchase and install an on-demand water heater. There is also one washer and one dryer that runs “basically 24/7.” She said that has led to higher water and power bills.

“Our expenses are up and with the cost of everything, our donations are down. So it’s a huge cycle that we’re going through.”

In addition to keeping up with the cost of offering showers and laundry, Mah says the food bank used to deliver two carts of food each week, but that has dwindled to half a cart.

These days she stops at a local wholesaler on her way to work, but paying for staples like milk, bananas, juice, jam and peanut butter has also become a struggle.

She argues that if government spent a fraction of its $135.5 million surplus on a safe space, with showers, bathrooms, and food, it would go a long way to help those most in need, and could even take some of the burden off the healthcare system.

Mah, who calls 911 at least a few times a week, says investing in a permanent, safe space would be worth it in the long run.

“Money on the front end always saves you on the back end,” Mah said. “There are some really deep mental health issues. There is so much drug addiction. My biggest beef, I guess, is I’ve been here eight years and still nothing has changed.”

Mah and her colleagues are doing everything they can, but she compares what they are able to provide to “putting a Band-Aid on a gashing wound.”

“That doesn’t really work. Sew it up.”

Mickey Maguire is one of the 90 people who show up every day for breakfast at St. George’s.

He was hoping to have an apartment on Oct. 1 but is still living on the streets. Maguire spends his nights riding around on his bicycle, or trying to stay warm in his sleeping bag with heat from a propane stove.

“I’m a little nervous about it to be honest,” he said of the coming cold weather. I don’t know how I’m gonna handle another winter.”

“All I feel is, like, underneath, a deep burning.”

When asked what government could spend money on to help people now, Maguire agreed a safe space is needed.

“Since they decided to build that Avenir Centre, they could have took the old Coliseum and did some renovations there or the old Moncton high school.” Maguire said.

“You could really do something with that for people — even have sections in it where they can learn skills and whatnot, keep themselves busy.”

Right now, he needs a tent and a good sleeping bag, he said. He has stayed at both shelters in Moncton. Conditions were “brutal,” he said, and he wouldn’t go back.

“I don’t feel safe there. What little I own is definitely not safe at either place.”

When asked whether he would stay at a new out-of-the-cold shelter, if one were set up, Maguire said, “Chances are I’m going to choose the street.”

This is part one of a series. In part two, coming Tuesday, a disabled man and an advocate share their suggestions for spending part of the budget surplus.