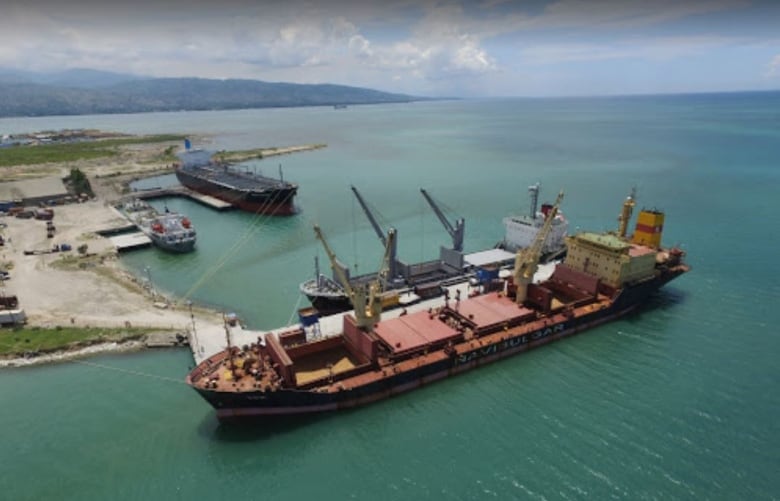 Haiti is facing many crises converging all at once: crime, cholera and the breakdown of democratic institutions.

But at the heart of the current emergency that recently led Canada and the U.S. to send secret military flights to the island is fuel: gasoline, diesel and kerosene.

Although Haiti has tapped some of its hydroelectric potential, its abundant solar and wind power potential remains mostly unexploited. Its long tradition of using wood and charcoal has left its hillsides denuded of trees. And so Haiti generates about 80 per cent of its electricity from fossil fuels obtained from two oil terminals in Port-au-Prince.

Only about 12 per cent of rural households have electricity at home. For many of them, kerosene is the main fuel and the only source of light after the sun goes down.

Most of Haiti’s imported fuel is used in thermal generating plants. The rest goes either to the transportation sector or to the generators (most of them fuelled by diesel) that are hooked up to almost every Haitian business, grocery store, hospital and clinic.

Without that fuel, Haiti’s grid shuts down. So do the trucks that deliver food to supermarkets, the generators that refrigerate that food during the frequent power outages, and the factories and businesses that pay the wages that buy the food.

That is why Haiti’s fuel crisis is now fast turning into a famine.

Tom Adamson is a Canadian-born businessman who has lived and worked in Haiti since 1978; he’s now confined to his home in Pétion-Ville, a Port-au-Prince suburb that is a relative haven from the capital’s chaos and violence. He said he had to close his mattress factory because of a lack of fuel.

“There was a letter that was sent to the Association of Industries by one of our members and he said he’s had to shut down his factories and there’s 5,118 employees who are going to be unemployed as a consequence. That’s just one operator.”

One of the biggest single blows to the Haitian economy has been the forced closure of the Caracol industrial park, a manufacturing hub in northern Haiti created ten years ago with assistance from USAID, the United States’ international development agency, and the Inter-American Development Bank. Companies based there employ about 15,000 people, mostly in textiles.

Adamson described a siege situation at the two fuel terminals in Port-au-Prince Bay. The main one is the Varreux terminal, which accounts for about 70 per cent of Haiti’s imports. Fuel arrives there by tanker ship and is typically held in one of about 20 large storage tanks operated by WINECO, the West Indies Energy Co., for distribution by truck.

But those trucks have been unable to come and go since September 12, due to a blockade imposed by the “G-9” alliance of criminal gangs.

“They dug a big trench across the road at the gate which stops any trucks from getting out,” said Adamson. “The government came and filled it in.

“So then the gangs dug it out again, and they’ve also scattered containers around on the road so that even if the truck could get out of the gate, it wouldn’t be able to go anywhere.”

The Thor terminal, a smaller fuel entry port and storage facility in Carrefour just south of the capital, generally accounts for nearly a third of the country’s imports.

“[The Thor terminal has] made some deliveries,” said Adamson. “But there are barricades all along the roads from Port-au-Prince to to Les Cayes in the South and many other localities. So I don’t think they’ve been able to deliver very much fuel that way.”

Ships have stopped bringing oil to Varreux, where the tanks are already full with over 10 million gallons of liquid fuels.

“(The gangs) declare publicly that what they want is … Prime Minister Ariel Henry to resign,” said Adamson. “And he has shown no signs of being willing to do that.

“In the past, there have been rumours that the government gave gangs money to to quieten them down. So perhaps, under the table, they’re asking for money, but I don’t know.”

What is certain is that after merely blockading fuel shipments for a month, the gangs have now started to steal it.

Just hours before a Canadian Forces C-17 Globemaster touched down in Port-au-Prince on the weekend, WINECO reported that a group of heavily-armed men entered its Varreux complex from Cité Soleil and overpowered its security guards.

“They then left with four tanker trucks and drums loaded with an estimated 28,000 gallons of petroleum products,” said the company.

“WINECO is raising a cry of alarm about these situations of systematic theft and irregular handling, which endanger our personnel, the installations and the surrounding population.”

It was the second major fuel theft in Haiti in three days.

The raids suggest that the arrival of armoured vehicles intended to break the siege at Varreux may have spurred the G9 alliance, led by former police officer Jimmy “Barbecue” Cherizier, to try to get what it could from the fuel terminal before the police mounted an operation.

Haitian media reported that soon after, the gang was selling fuel from one of its own illegal points-of-sale for about ten Canadian dollars a litre.

Fuel was at the heart of the Haitian conflict even before the blockades began.

Under pressure from the World Bank and International Monetary Fund, the Ariel Henry government slashed fuel subsidies in September.

The fuel subsidies were costing the country dearly, consuming nearly 4 per cent of its gross domestic product. But similar attempts to wean Haitians off subsidized fuels in 2014 and 2018 had led to riots. This time would prove to be no different.

The gangs took advantage of the riots to launch their blockades.

The Haitian elite, composed mostly of families that immigrated to Haiti in the 19th century as merchants from Europe and the Middle East, are often accused of pulling the strings in Haiti from behind the scenes.

These wealthy families — once referred to by Haitians as the “Bambam” (an acronym formed from the initial letters of the six leading families’ surnames) — are deeply embedded in the energy business. The Mevs family, one of Haiti’s wealthiest, owns the Varreux terminal.

Haiti’s government and the U.S. have both accused prominent families in Haiti of fomenting unrest and flooding the country with arms and ammunition. Earlier this month, the United States imposed visa sanctions on 11 unnamed individuals it accused of assisting gangs.

Gang leader “Barbecue” Cherizier has been under U.S. Magnitsky sanctions for two years — but his situation may be about to get even hotter. On Monday, the UN Security Council began debate on a resolution targeting him and anyone else who “threatens the peace, security or stability of Haiti.”

It may be the first time that august body ever had to concern itself with a mere gang leader — a situation that says much about the breakdown of institutions in Haiti.

The Haitian National Police force has said in the past that it has only one functioning armoured vehicle. The vehicles and material delivered over the weekend by the U.S. and Canada — along with a second Canadian delivery expected on Wednesday — should greatly increase its ability to open the fuel terminals and keep them open.

But there will be other battles ahead if the police are serious about defeating the gangs and restoring a semblance of order. The country’s main judicial building is also held by a gang. Haiti’s bar association wrote in outrage to the government recently when it tried to restart judicial proceedings without first retaking the courthouse.

Ultimately, the police may have to do battle with the gangs in poor neighbourhoods such as Cite Soleil, where many of the gangs emerged and have their bases.

The new armoured vehicles provided by Canada are likely to play a prominent role in that kind of street fighting — which always involves a high risk of civilian casualties.

While Canada hasn’t placed formal conditions or caveats on the use of the vehicles, Ottawa wants them to be used with care and only when the situation demands it, a Canadian official told CBC News.

“They are very aware of our expectations and they share them,” the official told CBC News. “These vehicles are not for crowd control.”