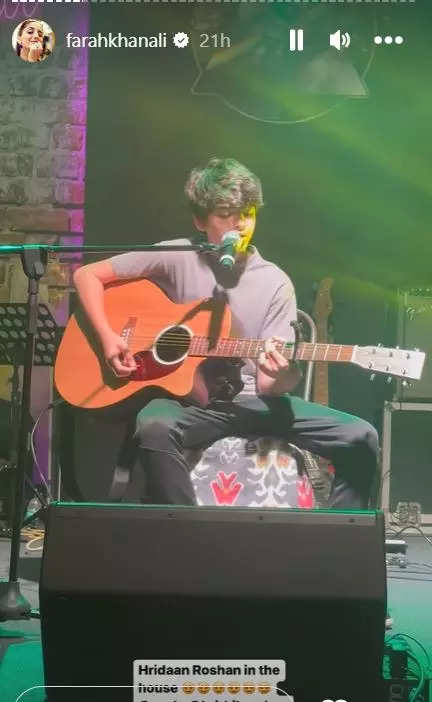 Hrithik Roshan and Sussanne Khan got together for a musical evening with family and friends as their sons Hridaan and Hrehaan Roshan performed on stage. Hrithik’s girlfriend Saba Azad and Sussanne’s boyfriend Arslan Goni were also present for the fun evening. Farah Khan Ali was also attended the musical evening along with Zayed Khan.
Farah dropped videos of every performance along with some pictures. Hrithik and Sussanne’s kids Hridaan and Hrehaan performed with immense confidence and crowds were left cheering for them. 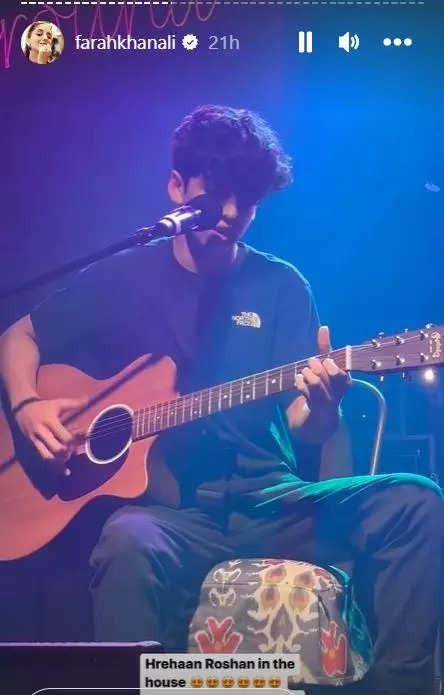 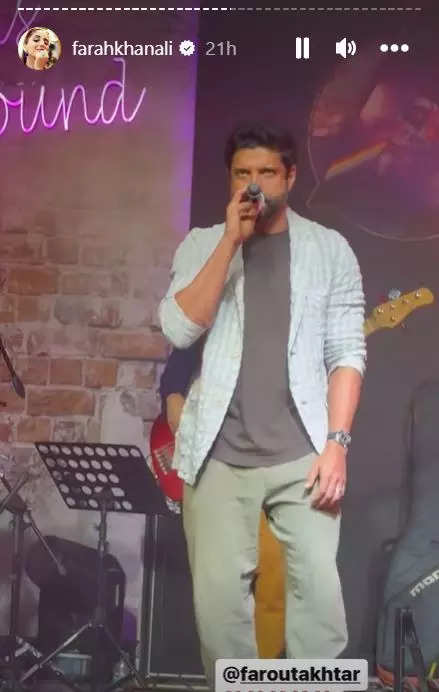 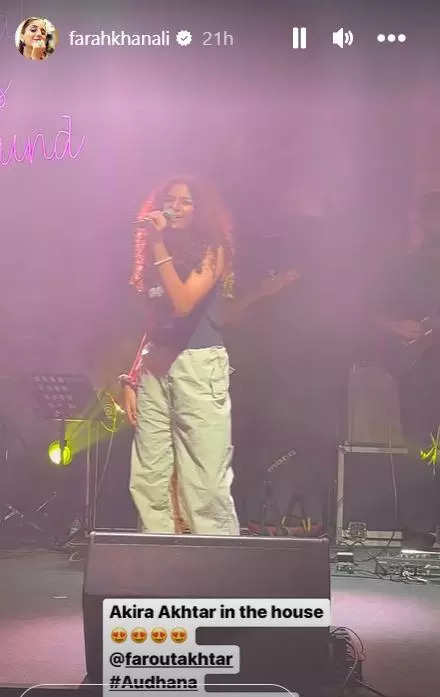 Zayed’s son, Zidaan Khan also performed. The crowds were left cheering for these kids and everyone was singing along. Rhea Chakraborty was also seen having a gala time during this evening. Composer Vishal Dadlani was also spotted. 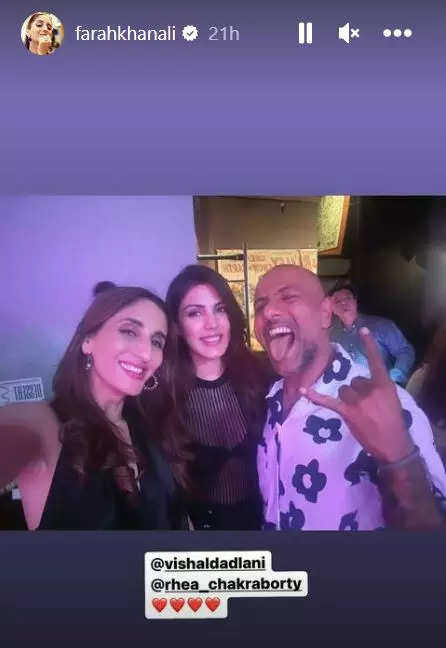 Everyone also posed for group pictures together which were dropped by Farah. 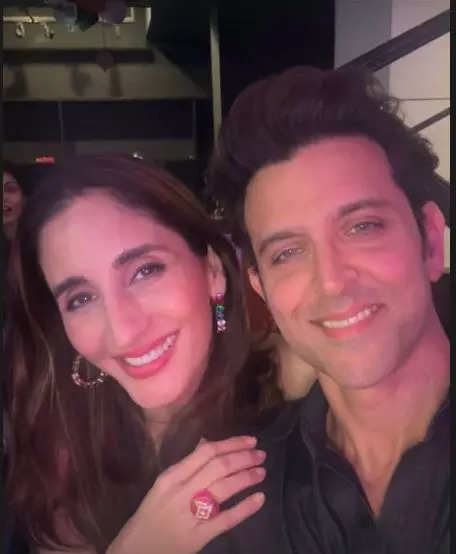 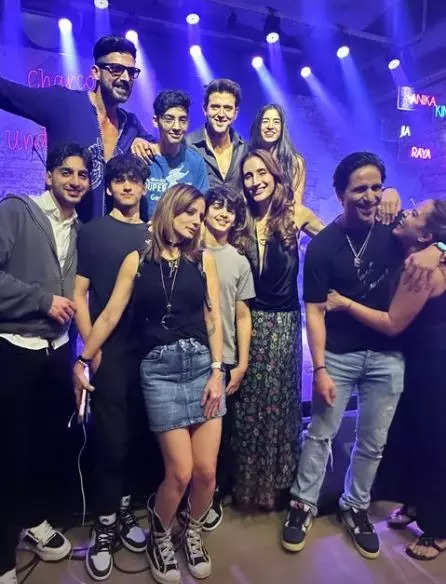 On work front, Hrithik will be seen next in ‘Fighter’ along with Deepika Padukone, Anil Kapoor, directed by Siddharth Anand.