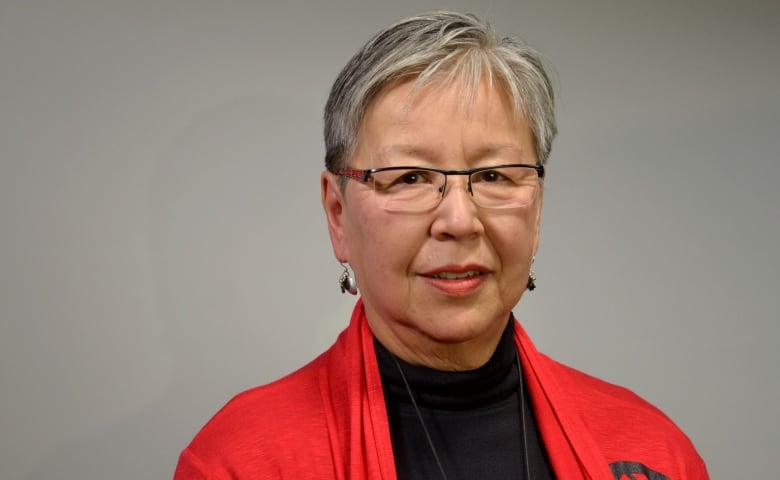 A group of Indigenous women, including Lillian Dyck, the first woman of First Nations ancestry to serve in Canada’s Senate, is calling on Canadian universities to revoke honorary degrees they’ve granted to Mary Ellen Turpel-Lafond.

Three weeks ago, CBC published a story about Turpel-Lafond, a renowned academic and former judge, who for decades has claimed to be a treaty Indian of Cree ancestry.

A CBC Investigation found that her claims did not match publicly available records.

Since publication, Turpel-Lafond has not contradicted any fact outlined in CBC’s investigation, nor has she offered any evidence that she is in fact a treaty Indian or that she has Cree ancestry.

In a statement released Oct. 14, she said she believes her dad was adopted from a Cree family in Norway House, Man. by her non-Indigenous grandparents. She also said “I have never been awarded a position on an affirmative action basis.”

The Indigenous Women’s Collective, a group formed after the story published, says Turpel Lafond’s illustrious career was “inextricably linked and founded upon a story of Indigenous identity, marginalization and historic trauma; a story Ms. Turpel-Lafond refuses to verify.”

In light of that the group, made up of Indigenous women from a wide range of backgrounds, is calling on all Canadian universities that have granted her honorary doctorates to revoke them.

“Granting an honorary doctorate to a pretendian [pretend Indian] advances the colonial notion that a Caucasian person impersonating Indigeneity is a worthy and suitable candidate,” the statement says. “It also applauds the stolen valour of Indigenous women who have struggled for their achievements and become champions and voices for their people.”

CBC is reaching out to these institutions for responses to the group’s request.

‘There has to be some kind of sanction’: Dyck

Retired senator Lillian Dyck, who has also worked as a professor in the University of Saskatchewan’s neuropsychiatry research unit, said these universities face a stark choice.

“It’s like a student being caught cheating. What do you do? There has to be some kind of sanction,” said Dyck who is one of the women speaking on behalf of the collective. “And the way that universities can sanction is to take away an honorary degree.”

Dyck acknowledged that such a move would be a “big step.”

“Do they have the guts to do it?” she asked.

Dyck said she understands the fear that can come with acting against such a prominent person, and feels it herself even though she’s a retired senator who was just recently awarded the Order of Canada.

“It is a bit frightening to challenge someone like this publicly because you’re afraid of what’s going to happen to you, because people are going to say to you, ‘What’s the matter with you Lillian? Why can’t you just leave it be? She’s done such amazingly good things.'”

Dyck said she can’t let this go because it appears that Turpel-Lafond has built a career claiming to be something she’s not.

“She herself is not willing to show any proof that she is actually Indigenous, and I think the balance of probabilities certainly does show that she’s not Indigenous — she’s [of] European ancestry,” said Dyck.

“What she did wasn’t right.… She has not behaved honourably. So should she have that honorary degree? No.”

Dyck said these universities have some soul searching to do as they consider their responses, because the rest of the country will be watching.

She said universities are “considered the bastions of high academic standards and ethics and integrity and fairness and justice and so on.”

But, she said, if they do nothing, “it makes that honorary degree look less than it should.”