Inside the emergency response to save 8 workers from an N.L. refinery explosion 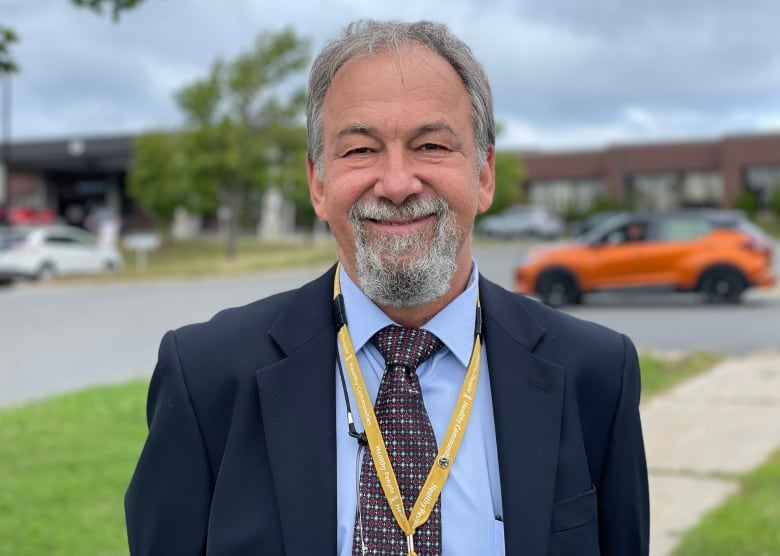 Dr. Etienne van der Linde spent his entire career preparing for the call his emergency room received on the afternoon of Sept. 2. The protocol was massaged into muscle memory throughout 21 years of practice, lying dormant until the right words sprang it into action.

Code Orange. Mass casualties. Be ready for anything.

There was an explosion at the refinery in Come By Chance, about 45 kilometres down the Trans-Canada Highway on the isthmus of Newfoundland’s Avalon Peninsula. Eight people were injured, some critically.

What followed was an event that experts say had the potential to overwhelm emergency services in even the busiest cities in Canada, but it was handled swiftly by a collaboration of paramedics, firefighters, pilots and staff, centred on a small eight-bed emergency department in Clarenville.

Questions remain about what caused the explosion, but one thing seems certain — the actions of those responders saved lives that night.

“It was a humbling experience being in a department watching expert people in action,” said van der Linde, the head of emergency services at G.B. Cross Memorial Hospital in Clarenville. “I think the multiple teams in our staff are proud of what they accomplished during this event, and I think they have reason to be proud as well.”

The worst-case scenario came to life just after 4 p.m. on Sept. 2 — the end of a workday heading into a long weekend. As reports trickled out about a possible explosion at the Come By Chance refinery, paramedics from Fewers Ambulance Service were already en route to the scene.

When Dion Park, the senior site manager for the hospital in Clarenville, was alerted to the situation, he called a Code Orange — a rare move activated only when an unforeseen disaster has taken place and mass casualties are expected.

Once the call went out, staff began flooding in to the hospital.

By 5 p.m., the first injured workers had arrived at the hospital. Staff are not authorized to speak about their condition, but witnesses from the scene said the workers were dealing with severe burns from the flash fire. Eight were injured in total, and seven needed to be placed on ventilators.

The workers were met by “a total team response,” said van der Linde. Nearly every health-care worker in Clarenville showed up to do their part.

“We had three ER physicians, an ER nurse practitioner, a surgeon, two general internists, an anesthetist, respiratory therapists, a team of approximately 16 to 20 nurses, X-ray technicians, laboratory and auxiliary resources, which all played a crucial role.”

But as more casualties began arriving, it became clear the full complement of the Clarenville hospital was not going to be enough. Most of the patients would need to be sent to the Health Sciences Centre in St. John’s, a two-hour journey by ambulance, about 30 minutes by helicopter.

The Health Sciences Centre began moving patients out of the intensive-care unit, sending them across town to St. Clare’s Mercy Hospital in preparation for the workers’ arrivals.

By 8 p.m., staff at G.B. Cross had stabilized three patients to the point where they could fly — but there was a problem.

The hospital only has a small helipad, not big enough to land the kind of aircraft they needed to transport the patients along with the medical staff and equipment that needed to go with them.

There was an unorthodox solution — police moved quickly to block off the road around the hospital and cordon off the Sobeys parking lot next door.

By 8:45 p.m., a Cougar helicopter was touching down on the painted lines between cart corrals, followed by a massive search and rescue Cormorant. The first three patients were loaded aboard for transport, flanked by health-care workers, as dozens of shoppers and bystanders watched.

“It was a sombre experience. Everyone was thinking about the workers and their families, but the response by the emergency personnel was impressive,” said Peter Troke, a Clarenville resident who was standing nearby. “The clearing of the Sobeys parking lot was fast and efficient, but it also highlights the need for a proper, secure helipad in Clarenville.”

The patients were in the air by 10 p.m. and heading for St. John’s. It’s a moment that will stay with van der Linde forever.

“The success of this event involved those teams flawlessly, no questions asked, coming in and being available,” he said. “An important thing for the public — when you need it, the system will spare no resources whatsoever to give you the care you require.”

The helicopters landed at the Health Sciences Centre around 10:30 p.m., and patients — hooked up to machines and covered with blankets — were transported into waiting ambulances. They were met at the emergency room doors by staff in scrubs, masks and gloves, and ushered inside.

Two more patients would be transported overnight. The five injured workers remain in hospital at the Health Sciences Centre as of Friday. One more remains in hospital in Clarenville, while two have been treated and released.

Van der Linde says the response from his coworkers signals the capabilities of smaller hospitals in the province, but it also exposes vulnerabilities in areas where those facilities are facing severe staffing shortages.

“This is an event which brings to your mind how important it is to have rural care facilities open and available to care for you,” he said.

Doctor shortages have led to temporary emergency room closures in towns like Whitbourne, Baie Verte and Buchans — each close to industrial sites that deal with dangerous materials and machinery.

Every second matters in a mass casualty event, van der Linde said, and driving past a closed emergency room could be devastating — especially in places where the next doctor might be more than 100 kilometres away.

He’s hopeful those emergency rooms will find a way to stay open, and is confident the powers that be will make them a priority.

CBC’s Garrett Barry outlines what happened, and when, at the Come By Chance refinery.