Karan Deol on his bonding with father Sunny Deol: He is a very reasonable man and will always give you the right advice | Hindi Movie News 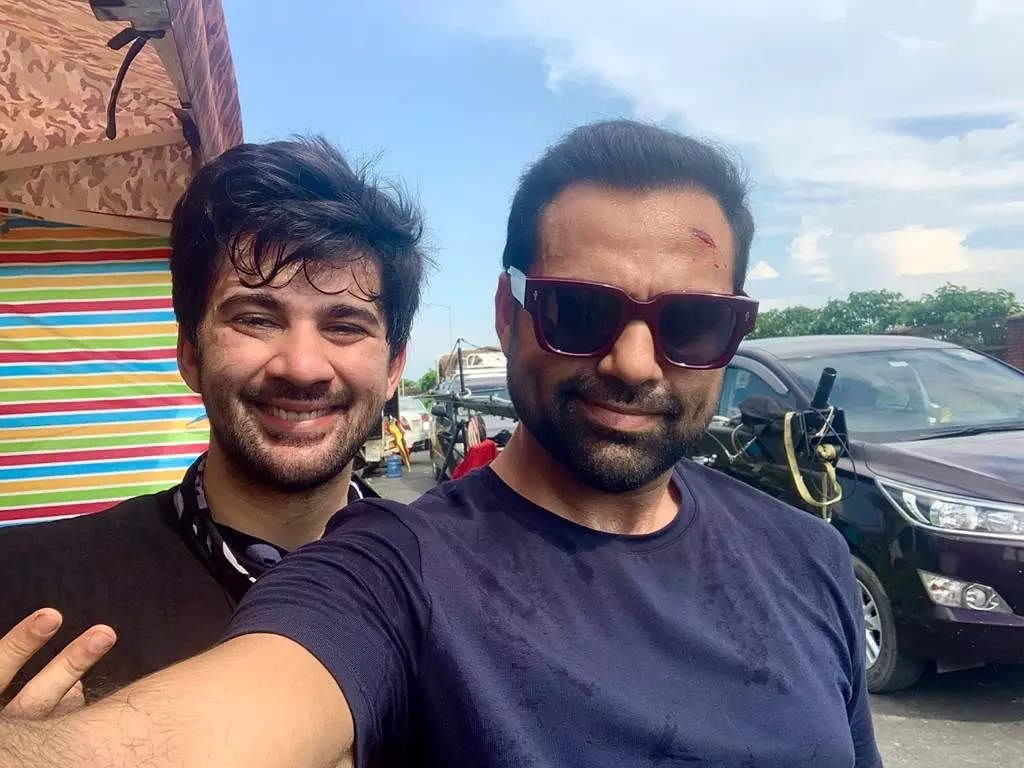 Karan Deol might be just two films old in Bollywood, but he hails from a family that has given the industry some of its finest actors. After making his debut with Sunny Deol’s ‘Pal Pal Dil Ke Paas’, the young actor featured in ‘Velle’ where he shared screen space with Abhay Deol. He will soon be seen in ‘Apne 2’ with Dharmendra, Sunny, and Bobby Deol.

ETimes engaged in a candid conversation with Karan in which the actor opened up about being compared to his superstar father, the bond that they share, and actors that he looks up to in the industry. Excerpts…

‘Velle’ has completed one year. How does it feel?


It still feels like yesterday. I can’t believe that a year has rolled by.

What about the film really appealed to you?


The way my character Rahul was in the film, the struggles he faced in the film, and the kind of circumstances he was put into, that kind of attracted me. I could relate to it because, at some point in our school and college lives, we were like that. He did everything in the film to help the girl. So the whole journey of the character kind of appealed to me, especially his camaraderie with his two friends.

How was your experience sharing screen space with Abhay Deol? How close are you two in real life?


It was a great experience working with him. I learnt a lot from my chacha. He is an actor of a different calibre and just by being around him, I have picked up quite a few things. I think it was great because it is rare when you get to share screen space with a family member. Those are the memories you will cherish for the rest of your life.

It was pretty easy-going on the set as he is a senior actor. He has done quite a few films, so the connection was just made. He was comfortable with everyone on the set and all in all it was a good experience.

Many were reminded of young Sunny Deol after watching you in the film. Does this kind of comparison encourage you or put more pressure on you as an actor?


Because I am his son, I will always resemble him in some way. I believe it is something you cannot avoid. I believe that the more you work, the more your individual personality will come out. That is part and parcel of life.

You made your debut under the direction of your father? How was your experience?

Was it difficult to address and approach him on set as the director and not as your father, or did it come naturally to you when you were on set?


It was very easy because his doors were always open for you to ask questions. He used to be perplexed as to why no one ever asked him a question. He wanted us to ask him why a character would do this, why a scene was being shot the way it was. He was an open book. He wanted to teach us as much as possible with all the experience he has gained in the industry over the years.

Who are you the closest to in your family?


I am closest to my dad. Over the years, we have grown much closer. Doing an entire film together, going through that journey has made our bond even stronger. As a father, he is a very reasonable man and will always give you the right advice. You might not like his blunt tone, but you will realise that he is right from a logical point of view. I respect that. He will never say something for the sake of it. He will always be honest with you. As I told you earlier, his doors are always open. No matter what trouble you are having in whatever part of your life, he will make sure, he is there by your side, and he will help you in the best possible way. The kind of experience he has, you learn a lot from that. He is always caring and giving. He always thinks about the other person first. That’s my dad for you. 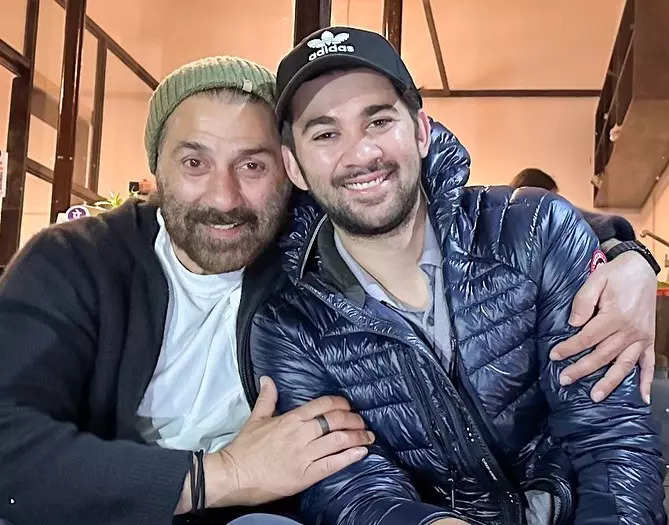 Coming from a family of actors, was it natural for you to have an inclination towards films, or did you have any other aspirations?


When you are growing up, your mind is open to a lot of possibilities because you have not reached that level of maturity where you can decide what you want to do with your life. However, by the age of 16–17, I realised that this was something I felt attracted to. My love for the craft started growing. When I turned 18, I knew I had to come out and say that this is what I want to do. I could not have just stood there and let life pass by.

Do you have any memories of visiting film sets with your father or grandfather?


My father shot a lot in Hyderabad. I have some fond memories of being on the film set in Hyderabad. I was there on the sets of ‘Dillagi’ when my dad was directing that film. However, I was too young then. At that time, I used to wonder why people were repeating the same sentences from multiple angles. 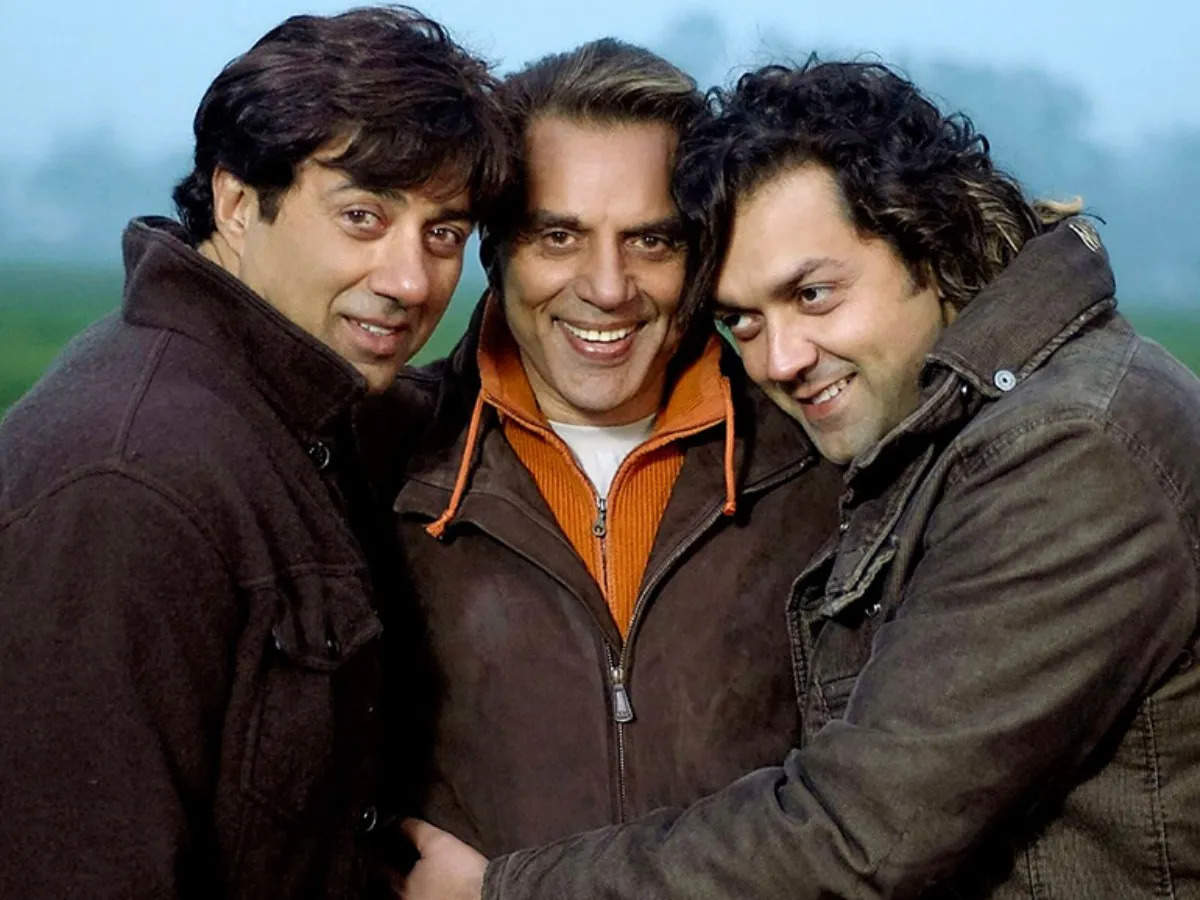 You will soon be sharing screen space with your grandfather, father, and uncle in ‘Apne 2’. Tell us something about it. What can fans expect from the second instalment of the film?


What fans loved in the first part will obviously be carried over in the second part as well. It is a family drama. I can’t divulge into details at this point, but all I can say is that fans will love the second part as well because it has the same essence as the first one. We have just made some changes to fit today’s time. The first part was made a long time ago, and cinema and filmmaking have also evolved since then.

Apart from actors in your family, is there anybody you look up to or admire in Bollywood?


There are quite a few actors who are doing a great job, and that includes Vicky Kaushal, Rajkummar Rao, and Ranbir Kapoor. The whole young brigade out there is brilliant. I look up to all of them. They set the bar higher with each performance.

OTT has blossomed in India. Are you open to exploring the medium?


I am getting roles that you normally wouldn’t be able to do. You are getting to be a part of stories that are more character-driven. It is very exciting and I would love to indulge in that medium. It gives you an opportunity to step out of your comfort zone as an actor and helps you explore things that you didn’t know about yourself.


I am currently reading scripts, and hopefully something exciting comes up. I am at that point in my life where, until my gut tells me this is great, I don’t take it up.