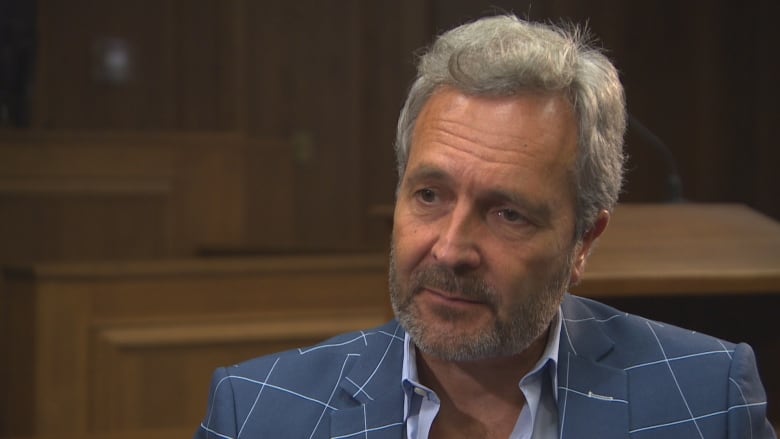 A lawyer who represented a number of churches across Canada fighting COVID-19 restrictions in court has been charged by police in Winnipeg after admitting in 2021 he hired a private investigator to follow senior government officials and the Manitoba judge who presided over one of the organization’s cases.

The Winnipeg Police Service said it has charged John Carpay, 55, with intimidation of a justice system participant and the attempt to obstruct justice.

The Justice Centre for Constitutional Freedoms, which employed Carpay, said it learned on Friday of the warrant issued by Winnipeg police for Carpay’s arrest.

“This warrant was apparently issued in connection with the events that took place in 2021 and alleges obstruction of justice,” the Alberta-based organization said in a statement posted on its website on Sunday.

Carpay immediately turned himself in to the Calgary Police Service after learning of the warrant, the statement said.

It also indicated Carpay has been released on bail, with the sole condition that he not contact Joyal. It said the Calgary-based lawyer has not had any communication with the judge since an apology he made for having Joyal followed in 2021.

A Calgary Police Service spokesperson said it assisted in Carpay’s arrest but deferred other questions to Winnipeg police.

Carpay’s decision to hire a private investigator to follow Glenn Joyal, chief justice of what was then Manitoba’s Court of Queen’s Bench, came to light in July 2021 during a hearing for a case against pandemic rules brought forward by seven rural Manitoba churches who were represented by Carpay’s organization.

Joyal told the hearing he had been tailed by a private investigator in an attempt to catch him breaking COVID-19 rules in order to embarrass him while he presided over the court challenge.

At the time, Carpay’s organization also apologized to Joyal and said it condemned the lawyer’s actions.

Joyal said the surveillance would not influence his decision in the case — in which he later ruled Manitoba’s pandemic restrictions were not a violation of charter rights — but noted the intrusion of privacy raised serious concerns about the safety of judges generally.

Joyal also said that this type of activity could be seen as obstruction of justice and that Winnipeg police were investigating.

In its statement on Sunday, the Justice Centre for Constitutional Freedoms called the charge against the lawyer “unexpected and without explanation.”

It also said it was “deeply disappointed” in the decision to charge Carpay over a year after the events in question, which the organization said “are already being dealt with appropriately.”

After Carpay apologized for hiring the private investigators — which he said was to hold government officials accountable, not to influence the decision in the Manitoba case — the board of his organization said he would take an indefinite leave as its president.

The organization said on Sunday that leave of absence lasted seven weeks, during which time its board “took appropriate steps to strengthen governance and oversight.”

It also said Carpay co-operated with an investigation conducted by the Law Society of Manitoba, which is separate from the police matter.

A spokesperson for the Law Society of Manitoba said its investigation is complete and charges of professional misconduct have been authorized against Carpay.

The Law Society of Manitoba’s website says the three-day hearing for Carpay’s case is scheduled to begin Feb. 8. Carpay is accused of breach of integrity, undermining public respect for the administration of justice and failing to treat court with candour, fairness, courtesy and respect, the website says.

Ottawa human rights lawyer Richard Warman, who filed the complaint about Carpay that prompted the law society’s investigation, said he thinks the case is unprecedented in terms of professional misconduct by a lawyer.

“I’m unable to remember any lawyer going so far off the rails as to hire a private investigator to stalk the chief justice who’s presiding over a case that they’re appearing in,” he said on Monday.

“I have no doubt that it will be studied for years to come as a prime example of professional misconduct. And when you have extreme conduct, it calls for extreme sanction.”

Warman said he’s relieved to hear Carpay would also be charged criminally, but wondered by it took so long — especially since the case involved an admission of guilt in open court.

Given that factor, he said it comes off as “naive in the extreme” that Carpay’s organization says the charge against the lawyer was unexpected.