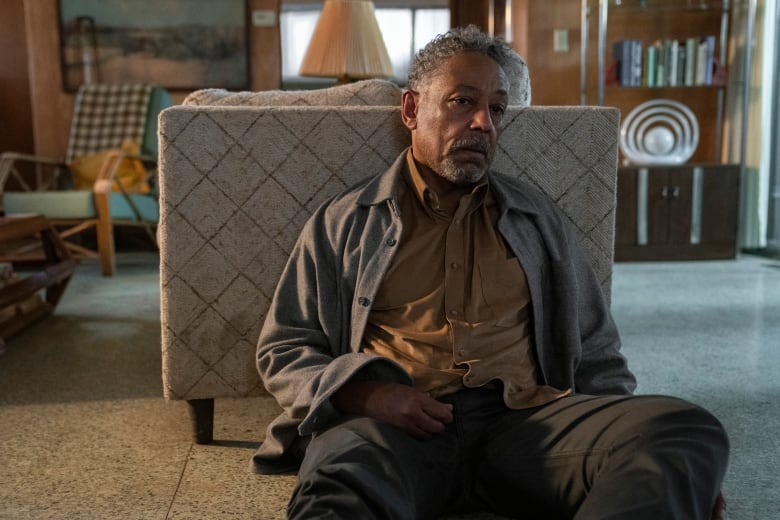 Some people like to put the pieces together when watching their favourite shows, but Netflix’s new heist drama, Kaleidoscope, goes one step further and lets them help design the puzzle.

The eight-part limited series, which launched on Jan. 1, introduces an unconventional format, allowing viewers to choose the order of its first seven episodes. That means there are 5,040 possible combinations leading up to the final episode.

The streaming service that popularized non-linear television is now asking viewers to drop everything they know about the TV viewing experience through non-linear storytelling.

Kaleidoscope, starring actor Giancarlo Esposito, tells the story of an experienced thief (Esposito) and a crew in their attempt to break into a high-security bank vault and steal $7 billion in bonds.

With each episode, viewers will enter at a different point in time — before or after the heist — spanning 25 years. Each segment is named after a different colour/hue related to a main element of that piece of the story. When combined, the colours create white — the title of the fixed finale, which details the heist itself.

Whether you choose to go with the randomized order provided by your account or create your own, pieces of the puzzle will be revealed in a divergent order — the motivations, relationships, betrayal and events that ensue.

Unlike Netflix’s 2018 interactive release, Black Mirror: Bandersnatch, which acts as a choose-your-own adventure story — the show contains no hidden secrets or scenes. Each viewer finishes with the same details revealed and arrives at the same place. They will just have experienced it in their own unique way.

Following its release, subscribers of the platform were quick to flock to social media, comparing watch orders, all in search of the perfect sequence.

Even the streaming giant itself joined in on the conversation.

Some see the show as a fresh conversation starter.

“Someone you speak to may have different info than you when you discuss! I love that,” said one Twitter user.

So there’s a new crime mystery Netflix series called “Kaleidoscope” (starring Giancarlo Esposito) that starts at a different point of the crime depending on where you’re located – so like, someone you speak to may have different info than you when you discuss! I love that!

Others say they feel overwhelmed by the stress of picking the best order or the possibility of spoiling a detail for a friend.

In 2023 I prayed for peace. Right now my biggest stress is choosing Kaleidoscope order. <br><br>Hopefully, this is the energy all year.

Unlike other popular HBO series like The White Lotus or Euphoria, shown on Crave in Canada, where viewers would often discuss their theories on social media and with friends following each episode’s release, Kaleidioscope leaves the conversation for the end through its singular format. Viewers can share how their order impacted the way they interpreted the story arc.

Kaleidoscope appears to present a step toward a new age of television — testing out new ways to tell and experience content.