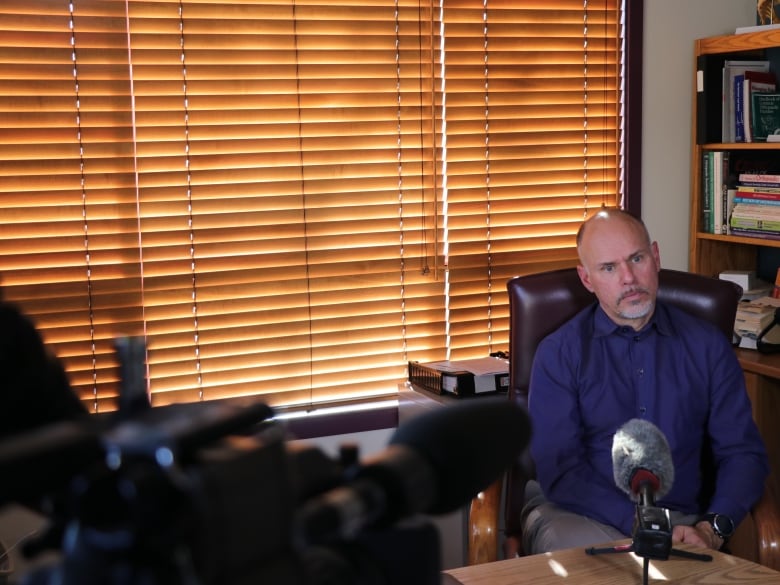 Bob Storey is waiting to be put on a waiting list.

Walking with a limp and a cane, the longtime resident of Fraser Lake, B.C., is due to see a doctor about the osteo-arthritis in his hip in January 2023. It’s been a nine-month wait for the appointment. He’s hoping for a hip replacement, but he’s going to have to wait even longer for that.

The town, located about 160 kilometres west of Prince George, B.C., is in the Northern Health authority, where the average wait time for a hip replacement is among the longest of all B.C.’s health authorities and more than double the provincial average.

“If you’re rich enough you can go elsewhere and get it done, when you don’t have the money you gotta stick around,” he said.

Storey’s experience isn’t uncommon in B.C.’s vast Northern Health authority, which covers a geographical area larger than France, where long surgery wait times and a high demand for services hasn’t been met with a significant enough increase in supply, according to its latest Human Resources report.

If you’re rich enough you can go elsewhere and get it done, when you don’t have the money you gotta stick around.– Bob Storey, on the long wait for hip replacement surgery in B.C.’s Northern Health authority

The report, presented at a public board meeting in mid-October, shows that more than 20 per cent of the health region’s baseline positions — the minimum number of nurses or health workers needed in a department or unit to meet patient needs — are unfilled.

The organization says it is currently meeting most of the hours needed for shifts with its current workforce, a strategy nursing unions have argued is unsustainable.

The report also notes that health workers are leaving the organization at nearly the same rate that they’re being recruited.

The numbers don’t have the shock value they used to for Paul Adam, a spokesperson for the B.C. Rural Health Network, a group he says represents the voice of 1.5 million rural residents in the province.

“It’s across the board, and I don’t know if it gives us any solace of misery loves company, but it’s endemic across Canada, across rural Canada for sure,” Adam said.

Staff and resource shortages affect Canadians all over the country, but health-care failures are often magnified in rural and remote communities because of the lack of options in the first place, says Dr. David Nelson, an orthopedic surgeon based in Prince George, B.C., almost 800 kilometres north of Vancouver.

Before the COVID pandemic began, the average wait time for patients to see Nelson was six months. Now, he says it’s too long to count.

“We do the best we can to triage these patients and get the person who can’t get out of bed first, but it’s hard,” he said. “It’s difficult to see so many patients in a way where they can’t enjoy life.”

The surgeon, who was among the specialists to sign an open letter to B.C.’s Minister of Health about the one million patients waiting to see specialists in the province, says many health-care workers are doing their best to manage with the resources they have.

Nearly one million British Columbians are also without a family doctor, which Nelson says has ripple effects for specialized medicine.

He says his patients are being seen less frequently by their family physicians, and as a result, by the time he sees them, they can have a “number of medical problems that will have an impact on their surgery,” including unmanaged diabetes, significant arthritis and immobility issues.

All of which Nelson says can result in poorer outcomes.

One of the staffing trends facing Northern Health (NH) is the experience level of many of its new hires.

Close to 50 per cent of newly hired staff are recent graduates, according to the recent HR report. The region’s largest facility, University Hospital of Northern British Columbia in Prince George, is also a teaching hospital.

The report notes that because these new hires “require enhanced support, orientation and mentoring,” more people are needed to support them on shift, which impacts staffing levels.

Further monitoring has also found that the new hires are unlikely to stay in the region, as many seek career progression outside Northern Health. About half the new hires leave the organization within three years, the report found.

The report underlines that recruitment alone is unlikely to solve the staffing issue and that more effective retention strategies are needed to address the barriers facing workers.

Issues like child care, housing and travel supports are part of Northern Health’s new initiatives listed in the HR report.

In early October, CBC News spoke with a number of people outside University Hospital in Prince George, a hub for specialized health services.

Randy Reiter says he noticed a change in the type of care offered there once COVID started. Staff don’t have time to “touch base” as much as they used to before or after appointments, he said.

Another woman, Louise Demoray, was still wearing her hospital bracelet from a September stay at University Hospital. She says she got a neck brace during her stay, but hasn’t received any follow ups since she was discharged, despite asking for them.

The health authority has acknowledged in many HR reports that the COVID pandemic has meant “a significant increase in workload.”

In response to complaints about care within Northern Health, a spokesperson said patients should contact the NH Patient Care Quality Office with their concerns to ensure any necessary changes can be made.

Dorothy Fitzpatrick’s husband has been waiting for a knee replacement for two years.

The couple, who live in Fraser Lake, B.C., are careful not to be too critical of the health care they can access. They, like many others CBC News spoke to, are grateful for any care they can get in their small community. Still, Fitzpatrick says her husband’s pain is getting worse every day, and the pain in his “good knee” is almost overtaking that in the bad one.

“It’s just now a question of which one will have to be first,” she said. “Maybe not the one that we thought would be.”

Fitzpatrick says it’s “jarring” how difficult it’s become for people to see a doctor there and thinks it shouldn’t be so hard just because they live in a rural community.

Storey, also from Fraser Lake, says the staff shortages there are a growing concern, and many people live in hope that the gaps in care won’t affect them.

“Just because we live in a small community doesn’t mean that we should do without,” he said. “We haven’t done without help until the last couple of years.”