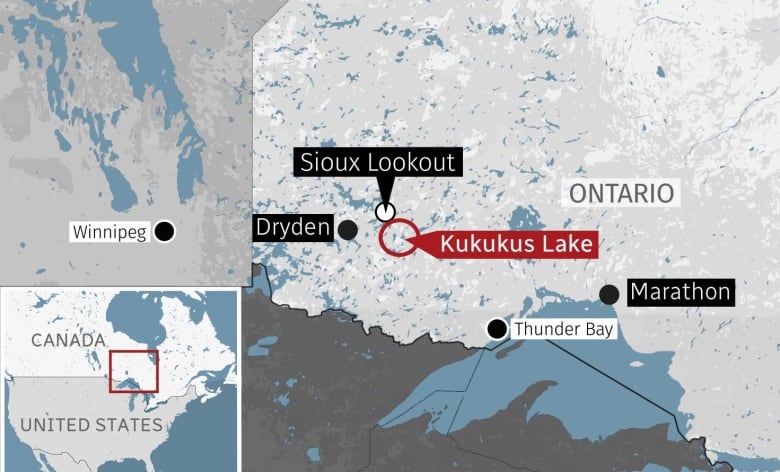 A plane crash in northwestern Ontario that killed two suspected hitmen, as well as the pilot and another passenger in April was caused by weather conditions as well as darkness, according to a report by the Transportation Safety Board of Canada.

The report released Monday details the events leading up to the end-of-April crash near Sioux Lookout of the privately registered Piper Cherokee PA-28-140 aircraft.

At the time, passengers Duncan Bailey of Kamloops, B.C., and Gene Karl Lahrkamp of Kincardine, Ont., were wanted on gang murder charges.

Lahrkamp was wanted by the Royal Thai Police in connection with the death of a man in Thailand earlier this year.

Bailey had been charged with conspiracy to commit murder over a 2020 shooting in Vancouver. Just days before the crash, a warrant was issued for Bailey’s arrest over a breach of bail conditions.

The plane had left the Dryden Regional Airport just after 9 p.m. and was bound for Marathon. It was reported overdue at about 1:40 a.m. on April 30.

The TSB said the aircraft was seen on radar at 9:45 p.m. on April 29, flying a zig-zag route over an area with limited lighting. A search led to the discovery of wreckage in a wooded area about 35 kilometres south-southeast of Sioux Lookout.

Conditions during the flight were difficult for flying without instruments. It was overcast, without moonlight, in a remote area in the northwestern Ontario bush.

“These areas are referred to as black holes; flying over them is difficult,” the TSB report states.

The report also noted light rain and fog were present around the time of the flight.

The pilot, Handa, as well as Hong, who was in the front right seat, each had a commercial pilot’s licence, but neither was qualified to fly by instruments only, the report says.

In its report, the TSB states the pilot was endorsed for single and multi-engine aircraft.

The TSB said its investigation didn’t reveal any pre-existing problems with the aircraft or its engine.

Local weather conditions at the time of the crash were “consistent with those that could produce carburetor icing,” although no signs of icing were found.

The TSB said the aircraft was overloaded by about 170 pounds during the flight.