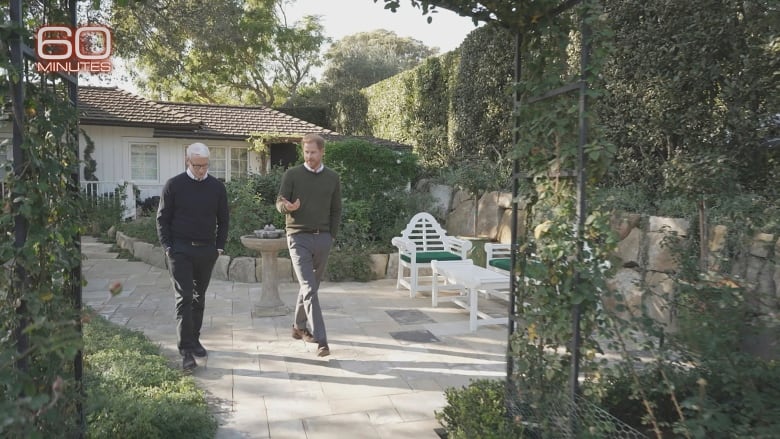 Prince Harry has said he had made public his rifts with the British royal family and taken on the press to try to help the monarchy and change the media, the latter described by his father King Charles as a “suicide mission.”

In the first of a series of TV interviews, broadcast on Sunday ahead of the launch of his memoir, Harry accused members of his family of getting into bed with the devil – the tabloid press – to sully him and his wife Meghan to improve their own reputations.

He told Britain’s ITV he had fled Britain with his family for California in 2020 “fearing for our lives” and said he no longer recognized his father or his elder brother Prince William, the heir to the throne.

“After many, many years of lies being told about me and my family, there comes a point where, going back to the relationship between certain members of the family and the tabloid press, those certain members have decided to get in the bed with the devil … to rehabilitate their image,” he said.

“The moment that that rehabilitation comes at the detriment of others, me, other members of my family, then that’s where I draw the line.”

On Thursday, Harry’s book, Spare, mistakenly went on sale in Spain five days before its official release, chronicling not only hugely personal details, such as how he lost his virginity and took illegal drugs, but more intimate private instances of family disharmony.

His elder brother had knocked him over in a brawl, and both siblings begged their father not to marry his second wife, Camilla, now the Queen Consort, the book says.

Commentators say the book has plunged the monarchy into its biggest crisis since the days of the royal soap opera in the 1990s around the break-up of Charles’ marriage to his late first wife Princess Diana, the mother of William and Harry.

It all comes just four months after Queen Elizabeth died and Charles acceded to the throne.

Prince Harry accuses William of attacking him in new memoir

Prince Harry’s upcoming memoir includes new revelations about his relationship with his family including claims his brother physically attacked him.

In the ITV interview, Harry repeated and elaborated on accusations that he and Meghan have made since they left royal duties; that the royals and their aides not only failed to protect them from a hostile and sometimes racist press, but actively leaked stories about them via anonymous sources.

“The saddest part of that is certain members of my family and the people that work for them are complicit in that conflict,” he said, indicating that included both Charles and Camilla.

So far, there has been no comment from Buckingham Palace. Harry said he didn’t think his father or brother would read his book.

An unnamed friend of William told the Sunday Times that the Prince of Wales was “burning” with anger, but would not respond “for the good of his family and the country.”

Harry says he wants to reconcile with family

Harry told ITV he wanted reconciliation with his family members but said they had shown no interest, giving the impression it was better to keep him and Meghan as villains.

“I genuinely believe, and I hope, that reconciliation between my family and us will have a ripple effect across the entire world. Maybe that’s lofty, maybe that’s naive,” he said.

Harry, in an interview with CBS’ 60 Minutes that aired later on Sunday, said the ball was in his family’s court to heal the rupture.

“This all started with them briefing, daily, against my wife with lies to the point of where my wife and I had to run away from our count– my country,” he said.

Harry also told ITV he hoped his multiple legal actions against newspapers would help change the media, saying it was “at the epicentre of so many of the problems across the U.K.”

“My father said to me that it was probably a suicide mission to try and change the press,” he said.

Harry told 60 Minutes that what Meghan went through with the press was similar in some ways to what Camilla and William’s wife Kate went through, but that the circumstances were very different.

“The fact that she was American, an actress, divorced, Black, biracial with a Black mother. Those were just four of the typical stereotypes that is – becomes a feeding frenzy for the British press,” he said.

Polls suggest many Britons are becoming bored of the whole royal melodrama, and further revelations are unlikely to shake their views, whether sympathetic to Harry and Meghan, or to those they criticize.