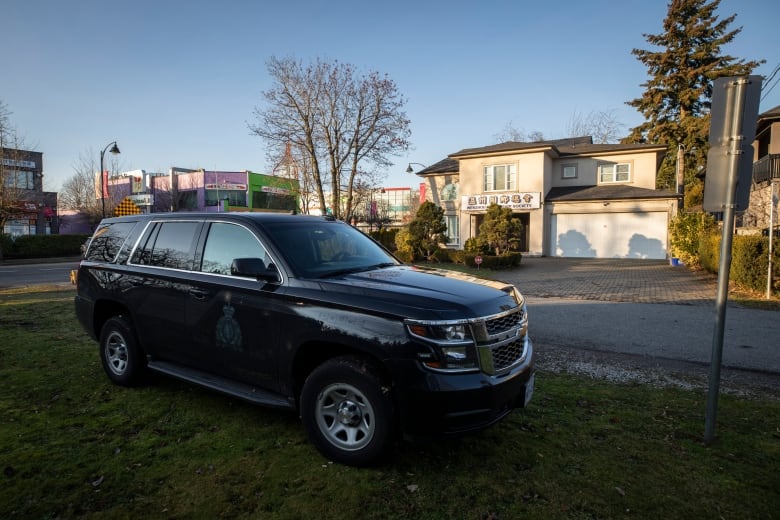 A friendship society in Richmond, B.C., has become a focus in an RCMP investigation into allegations of secret Chinese “police” stations operating in Canada.

Officers visited the Canada Wenzhou Friendship Society on Saturday and conducted interviews with people who live nearby in the suburb south of Vancouver.

CBC spoke with neighbours who confirmed RCMP officers spoke with them, asking if they’d seen anything suspicious, and a marked cruiser was still parked outside the building on Tuesday.

The police activity comes after the Spanish human rights group Safeguard Defenders published a report revealing the existence of two additional Chinese “police service stations” being operated within Canada, including one in the Vancouver area. Another three stations in the Toronto area are already under police investigation.

Safeguard Defenders alleges the stations are involved in “persuasion to return” operations. The group says evidence shows individuals connected to these stations have been involved in convincing nationals suspected of committing crimes to return to China to face criminal proceedings.

The statement acknowledges that Chinese Canadians are the targets of these alleged crimes.

“The RCMP takes threats to the security of individuals living in Canada very seriously and is aware that foreign states may seek to intimidate or harm communities or individuals within Canada,” the statement says.

Vancouver activist Mabel Tung says the Chinese dissidents she works with in the region aren’t surprised by the allegations, and many have faced threats. To her, these stations feel like open intimidation by the Chinese Communist Party.

“If you dare to say anything against them, we have a tool … to able to do something about you and your family in China,” she said.

The existence of these centres has been reported by Chinese state-owned media, which calls them service stations, meant to help Chinese nationals with non-criminal matters like eye exams for driver’s licence renewals.

But Tung doesn’t buy that explanation.

“I don’t believe them because it’s been done for the last how many years … through the Chinese Consulate,” she said. “It’s totally ridiculous from my point of view.”

No one at the society answered the door when CBC knocked this week, and voicemail messages were not returned.

The society’s website says it strengthens ties between people from Wenzhou and Canada. Members gather for celebrations and discuss entrepreneurship while proudly supporting the Chinese government.

The group’s reach has extended into Canadian politics as well, and it has held dinners with guests like Liberal MP Wilson Miao and Richmond Coun. Chak Au.

In an email, Miao’s constituency office said he receives a number of event invitations every year and appreciates the support but understands the need to protect the public from the threat of foreign interference.

Au said that his participation in social events organized by a particular group “doesn’t mean that I endorse whatever they’re doing.”

The Canada Wenzhou Friendship Society has made headlines before because of accusations it was offering money for votes in three Metro Vancouver cities during the 2018 civic elections.

Mounties investigated but found no one willing to come forward about the alleged vote-buying campaign.