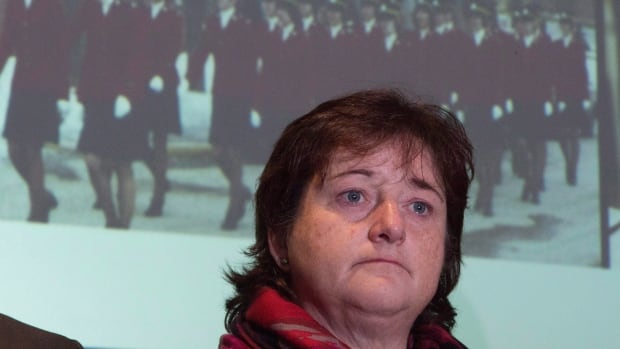 One of the women who helped lead a successful lawsuit against the Royal Canadian Mounted Police is now urging politicians of all stripes to swiftly pass a bill reforming the national police force’s watchdog.

“The RCMP is falling apart,” said Janet Merlo. “If it doesn’t get fixed soon, I think it’s going to lose so many good members.”

Merlo has spent more than a decade fighting for change within the RCMP.

After working as an officer in British Columbia for nearly 20 years, her doctor advised her to go on medical leave in 2010 when the bullying and harassment she faced became intolerable.

She and her co-plaintiff, Linda Davidson, took the force to court, ultimately earning an apology from the RCMP and a settlement of $125 million for more than 2,300 women who faced discrimination, harassment, bullying and even sexual assault during their time as RCMP officers.

Since then Merlo said she’s continued to hear from Mounties about persistent sexual harassment and bullying despite promises to do better.

She’s now putting herself back in the spotlight, “to try to push the government to do something about the RCMP because they’ve done nothing, basically, to change the problems in it.”

Bill C-20 introduced in May

In May Public Safety Minister Marco Mendicino introduced a bill that would expand the RCMP watchdog to also take on travellers, immigration detainees and others who feel Canada’s border agency has mistreated them.

If passed, Bill C-20 would also require the heads of the RCMP and the Canada Border Services Agency to report annually to the public safety minister on progress in implementing commission recommendations.

Bill C-20 is just the latest iteration of a Liberal promise to reform the watchdog. Previous versions of the bill have died on the order paper. Merlo is now meeting with the federal parties in hopes of getting  Bill C-20 over that hurdle.

Since her settlement, the federal government has paid out $20 million to 417 former civilian employees, volunteers and students who faced gender-based discrimination, harassment and assault between 1974 and 2019.

Another certified class-action lawsuit alleging failure to provide a workplace free from bullying, intimidation, and harassment is still being sorted. The lead lawyer on the case believes that payout could topple $1 billion.

“All this money being paid out for misconduct; it just sustains a broken system. So I think C-20 would would break that chain, and it will put an end to that,” Merlo said.

“Then that money would be better spent going back to police officers living out their careers as police officers in communities and not being like me, broken and put out to pasture at 50 years old.”

A spokesperson for Mendicino’s office said the government hopes to have the bill go to second reading sometime soon.