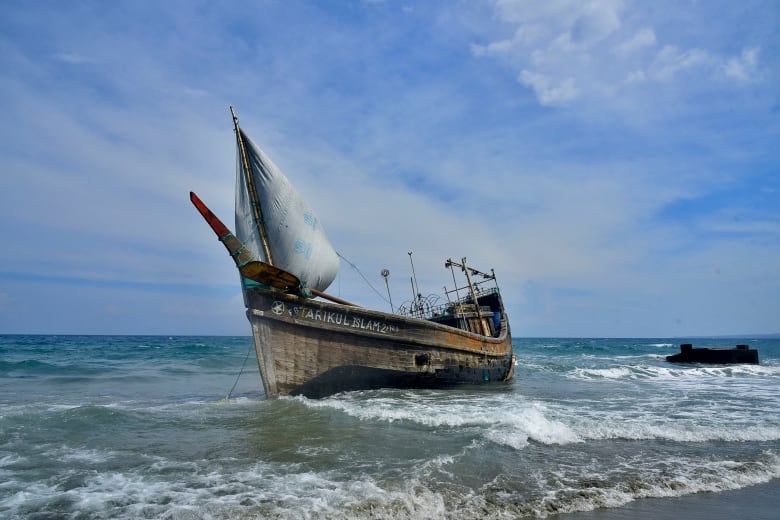 For the second time in two days, a group of weak and exhausted Rohingya Muslims landed on a beach in Indonesia’s northernmost province of Aceh on Monday after weeks at sea, officials said.

At least 185 men, women and children disembarked from a rickety wooden boat at dusk on Ujong Pie beach at Muara Tiga, a coastal village in Aceh’s Pidie district, said local police chief Fauzi, who goes by a single name.

“They are very weak because of dehydration and exhaustion after weeks at sea,” Fauzi said.

They were taken to the village hall and will stay there while they receive help from residents, health workers and others.

Fauzi said that immigration officials and police were trying to identify the refugees to determine if they were from the group of 190 Rohingya who were reported by the United Nations to be drifting in a small boat in the Andaman Sea for a month.

The United Nations High Commissioner for Refugees (UNHCR) on Friday urged countries to rescue the refugees, saying reports indicated they were in dire condition with insufficient food or water.

“Many are women and children, with reports of up to 20 people dying on the unseaworthy vessel during the journey,” the agency said.

Also on Friday, another group of 58 Rohingya — all men — arrived in Ladong village in Aceh Besar district.

In search of a better life

Azharul Husna, who heads the Aceh branch of KontraS, an Indonesian rights group, said Monday that the men in the group all carried UNHCR cards from refugee camps in Bangladesh and had left in search of a better life in Malaysia.

Citing one of them, Husna said the 58 refugees left Cox’s Bazar in Bangladesh, where more than 700,000 Rohingya from Myanmar had fled, to work on plantations in Malaysia. Their boat was damaged and the engine failed, leaving them drifting at sea until they came ashore in Aceh.

Since 2017, Myanmar security forces have been accused of mass rapes, killings and burning of thousands of homes belonging to Rohingya, sending them fleeing to Bangladesh and onward.

Malaysia has been a common destination for many of the refugees arriving by boat, but they also have been detained in the country.

Although neighbouring Indonesia is not a signatory to the United Nations’ 1951 Refugee Convention, the UNHCR said that a 2016 presidential regulation provides a legal framework governing the treatment of refugees on boats in distress near Indonesia and helps them disembark.