She needed a transplant to save her eye. Now she wants Ontarians to register as organ donors 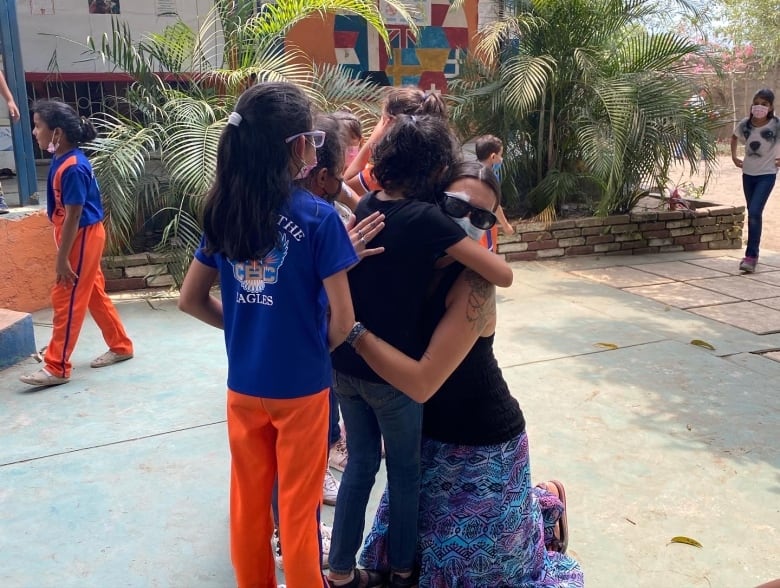 Less than a month after being told she had pink eye, Madison Freeman had no idea she could partially lose her vision — but thanks to a cornea transplant, her nightmare story is coming to an end.

And the experience has prompted her to encourage others to sign up as organ donors.

“Being able to hopefully inspire people to donate their organs, to donate their cornea, that is such a positive thing,” Freeman, 26, said Thursday in an interview with CBC News in Toronto.

Freeman is one of the lucky ones. There are almost 1,500 Ontarians waiting for organ transplants and someone dies every three days because the organ they needed isn’t available, according to the Trillium Gift of Life Network, an Ontario government agency responsible for the province’s organ donation system.

Her ordeal started a couple of months after she and her partner Konrad left for South America in February to teach English to kids in Honduras.

In May, Freeman’s right eye became inflamed. The doctor at a nearby clinic told her it was pink eye. But the pain kept getting worse and just two days after her initial visit, she was referred to a specialist and underwent emergency surgery.

It turned out to be a fungal infection only seen in tropical climates.

Freeman, who lives in Waterloo, Ont., said it took her a while to realize the magnitude of her condition, which forced her to come back to Canada.

Later in May, she arrived back in Toronto, where she saw a number of specialists. One doctor told her she should prepare for the worst-case scenario — the removal of her eye.

“That was pretty hard to hear,” Freeman said. “We didn’t know it was quite that serious at that time. It was looking a little hopeless at that point.”

Then she met with Dr. Clara Chan, an ophthalmologist with the University Health Network’s Donald K. Johnson Eye Institute in Toronto. Chan told her she was going to get better with the help of a transplanted cornea — the clear outer layer at the front of the eye that helps focus light.

Chan said she had to cut away the infected cornea and with sutures one tenth the size of a human hair, stitch a new one into the eye.

“The danger is the infection could spread elsewhere if it was not treated. Not only did the cornea transplant save her sight but it saved the anatomical structures of the rest of her eye as well,” said Chan.

‘All of us cried’

Chan said cornea transplants are more than 90 per cent effective and so far, Freeman’s right eye has been healing well.

“They removed the bandages and the doctors held up his hand and he said, ‘How many fingers am I holding?’ … I said four and that was the first time I had seen anything out of that eye in six weeks,” said Freeman.

Any Ontarian 16 years or older with a valid health card can register to be an organ and tissue donor, the Trillium Gift of Life Network said. One donor can save up to eight lives through organ donation and enhance up to 75 lives through by donating tissue, according to the agency.

Even though eyes are harvested for transplant only after death, Freeman said people still are sensitive about it, making them the least likely organ to be donated  She wishes she was able to thank her donor but instead she said she plans on persuading as many people as possible to sign up.

“There’ve been some very low points and some very scary points,” she told CBC News.

“I think this one negative thing has turned into so many positive things that I almost can’t be upset about it.”