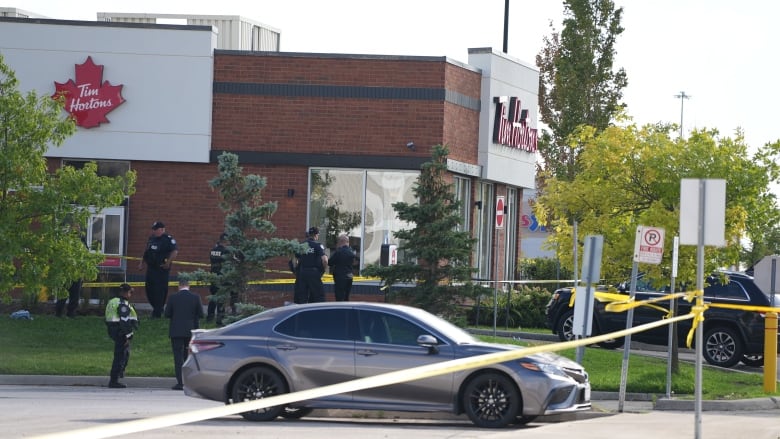 A suspect has been arrested after separate shootings in Mississauga and Milton on Monday left two people dead and three others injured, Halton and Peel police and sources say.

One of victims in Mississauga is believed to be a Toronto police officer, according to sources, who also say the officer has died.

At 4:26 p.m., Peel Regional Police issued an emergency alert, saying they were investigating an active shooter, armed and dangerous, driving a stolen vehicle.

Peel police say they are retracting the alert and there is no further threat to public safety.

The Mississauga shooting happened in the area of Argentia Road and Winston Churchill Boulevard. Police were called to the scene at 2:15 p.m.

In a tweet, Peel police said two people were shot in Mississauga. Police have not confirmed that one of the victims has died and is a Toronto police officer.

The Milton shooting happened in the area of Bronte Street South, Main Street and King Street.

In a tweet, Halton police said three people were shot in Milton. Police said one of the victims is dead and the other two were taken to hospital.

Milton District Hospital says its hold and secure has been lifted and its emergency room remains open. A hold and secure was in place temporarily because of police activity close to the hospital.

UPDATE: Suspect has been located and is in police custody. 1 person has been pronounced deceased at the scene and 2 others have been transported to hospital.