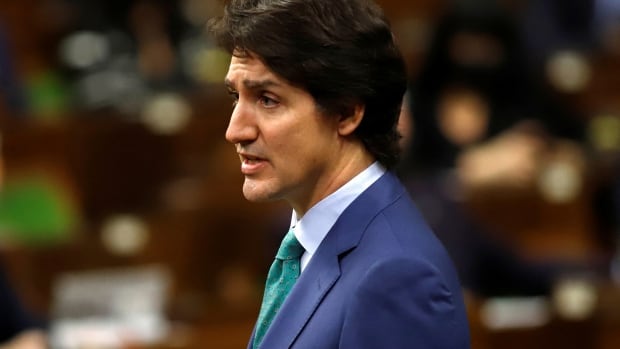 Prime Minister Justin Trudeau will host a first ministers’ meeting in Ottawa on Feb. 7 as his government looks to finalize a deal on health-care funding with the provinces, according to sources who spoke to CBC News.

The two sides have been in protracted negotiations over an increase to the Canada Health Transfer (CHT) for months.

The premiers have been demanding a face-to-face meeting with Trudeau to press him for a multi-billion dollar increase to the funding. The federal government has said Trudeau would not meet with his provincial counterparts until officials had negotiated some of the finer points of a deal.

Trudeau’s move to hold a meeting with premiers signals a deal could soon be in hand — but there are still some sticking points that need to be resolved, said federal sources, who spoke on the condition of anonymity.

The provinces have been demanding a big cash injection to support a system that has been undermined by COVID-19 and labour shortages.

Ottawa has said it wants its investment to go beyond short-term fixes to deliver lasting change to a system that faces a multitude of challenges — in primary care, mental health, long-term care, virtual care and data collection.

To help stabilize the system, the premiers have been asking Ottawa to dramatically increase how much it spends each year on the CHT — the block of money sent by the federal government to the provinces and territories to fund health services.

The premiers want Ottawa to increase its share of health-care costs from the current 22 per cent to 35 per cent.

The federal Liberal government has said the 22 per cent figure doesn’t reflect the whole funding picture.

In 1977, some tax points were transferred from Ottawa to the provinces, which allowed them to collect a larger share of all tax revenues to fund social programs like health care. Those tax points, Ottawa argues, should count for something.

News of a meeting follows positive comments from some cabinet ministers, who’ve told reporters at the federal cabinet retreat in Hamilton this week that there’s been meaningful progress on a deal to prop up a faltering health-care system.

While Health Minister Jean-Yves Duclos has had a testy relationship with his provincial counterparts during these talks, he signalled this week that there’s been a breakthrough.

Some provinces, notably Quebec, have balked at the federal conditions.

However, as public pressure mounts for politicians to act, some of that opposition has become much more muted.

Quebec Premier François Legault, for example, said last week he’d be willing to share health-care data with the federal government in exchange for a cash injection.

Ontario Premier Doug Ford has said the issue for his province isn’t Ottawa’s proposed conditions but rather the dollar amount.

“That’s the least of our issues. Do we want a little bit of flexibility? Yeah, and I think they’re willing to do that,” Ford said of the Liberal government.

Duclos said Monday there’s now much less tension between Ottawa and the provinces.

“There is significant goodwill. We all serve the same people for the same purposes from the same dollars coming from the same pockets. So, we are increasingly aligned,” Duclos said. “I am hopeful we will get to an agreement quite soon.”

He said all sides are cognizant of “the pain many of our loved ones go through” when navigating a system that has been hobbled by COVID-19.

Intergovernmental Affairs Minister Dominic LeBlanc has also said the ongoing federal-provincial talks are going well after a rocky period in the negotiations.