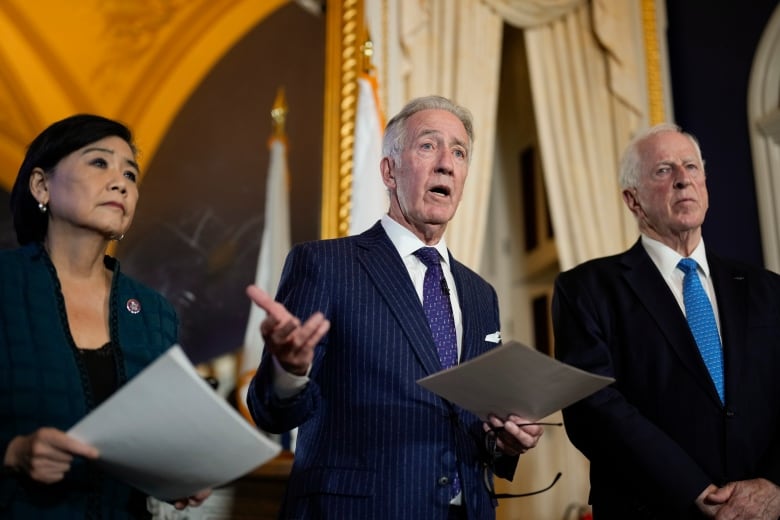 A Democratic-controlled U.S. House of Representatives committee on Friday released six years of former president Donald Trump’s tax returns to the public in an extraordinary move, days before Republicans are due to take control of the chamber.

It is the latest blow for Trump, 76, who was impeached twice by the Democratic-led House only to be acquitted both times by the U.S. Senate, and now faces multiple legal woes as he mounts a 2024 re-election bid.

Earlier this month, the House committee investigating the Jan. 6, 2021, attack on the U.S. Capitol asked federal prosecutors to charge him with four crimes, including obstruction and insurrection.

The release of Trump’s redacted returns for 2015 through 2020 caps a multi-year battle between the Republican former president and Democratic lawmakers that was settled only last month when the U.S. Supreme Court ruled he had to turn them over to the House ways and means committee.

Trump had refused to release his returns when he ran for president, and had waged a legal battle to keep them secret while he was in the White House.

The former president, known for building skyscrapers and hosting a reality TV show before becoming president in 2016, did give some limited details about his holdings and income on mandatory disclosure forms. He has promoted his wealth in the annual financial statements he provides to banks to secure loans and to financial magazines to justify his place on rankings of the world’s billionaires.

Ways and means committee chair Richard Neal requested the tax returns in 2019, arguing that Congress needed them to determine if legislation on presidential tax returns was warranted.

Republicans said the move could lead to the political weaponization of individual tax returns and warned that party members who take over the panel next month would face pressure to pursue a similar path against high-profile Democrats.

Trump issued a statement soon after the panel released the tax filings, saying the political divide in the U.S. will now “grow far worse.”

“The radical-left Democrats have weaponized everything, but remember, that is a dangerous two-way street.”

Trump, who took office in 2017, was the first presidential candidate in decades not to release his taxes. He sued the committee to try to keep them private, but the U.S. high court ruled in the committee’s favour.

A report earlier this month from Congress’s non-partisan joint committee on taxation raised multiple red flags about aspects of Trump’s tax filings, including his carryover losses, deductions tied to conservation and charitable donations, and loans to his children that could be taxable gifts.

The House passed a bill in response that would require audits of any president’s income tax filings. However, the Senate did not act on the bill before adjourning for the holiday break.

Republicans strongly opposed the legislation, raising concerns that a law requiring audits would infringe on taxpayer privacy and could lead to audits being weaponized for political gain.

The measure, approved mostly along party lines, has little chance of becoming law anytime soon with the January swearing-in of a new Republican-led House. Rather, it is seen as a starting point for future efforts to bolster oversight of the presidency.

Timely IRS audits not carried out

In a report last week, the ways and means committee outlined its findings from its examination of the documents, saying the Internal Revenue Service (IRS) broke its own rules by not auditing Trump for three out of four years while he was president.

Details previously released by the panel showed Trump paid no income tax in 2020, his final full year in office, despite millions of dollars in earnings from his sprawling business empire.

The records show Trump’s income and tax liability fluctuated dramatically from 2015 through 2020, during his first presidential bid and subsequent term in office. They show Trump and his wife, Melania Trump, claimed large deductions and losses, and paid little or no income tax in several of those years.

The New York Times published a series of articles in 2020 showing Trump paid just $750 US in federal income taxes in 2017 and 2018, as well as no income taxes at all in 10 of the past 15 years because he generally reported losing more money than he made.

Democrats were on a tight timeline to find a way to handle the returns once they obtained them, given that Republicans will take control of the House on Tuesday after winning a slim majority in November’s midterm elections.

The House passed a bill before it left on its winter recess that would mandate that the tax-collecting IRS complete audits of presidents’ tax filings within 90 days of inauguration.