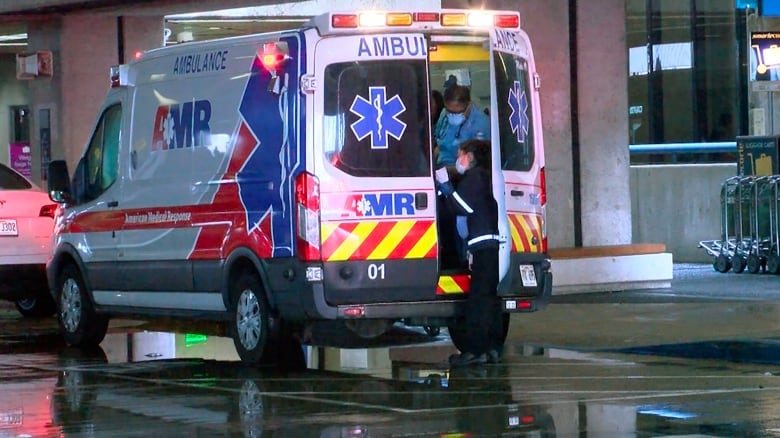 A flight from Phoenix to Honolulu carrying many people travelling for the holidays encountered severe turbulence shortly before landing, sending some unrestrained people and objects flying about the cabin and seriously injuring 11, officials and passengers said.

“We are also very happy, and we feel fortunate that there were not any deaths or other critical injuries. And we’re also very hopeful that all will … make a full recovery,” Ireland said.

The U.S. National Transportation Safety Board (NTSB) said Monday it will investigate the turbulence incident.

The full flight had nearly 300 people aboard and carried many passengers travelling to Hawaii for the holidays, like Jacie Hayata Ano, who was heading home.

“It was just rocky,” she told KHON-TV. “And then, it quickly just escalated to the point where we’re shaking so much that we were pretty much like floating off of our chairs.”

‘She flew up and hit the ceiling’

“I was grabbing the seat in front of me, the top of it, to hang on, even though I had my seatbelt on,” she said.

Hawaiian Airlines CEO Jon Snook said such turbulence is isolated and unusual, noting that the airline hadn’t experienced anything like it in recent history. Three flight attendants were among the injured, he said.

Passenger Kaylee Reyes told Hawaii News Now that her mother had just sat down when the turbulence hit and had not had a chance to buckle her safety belt.

“She flew up and hit the ceiling,” Reyes said.

Jazmin Bitanga, who was also travelling home for the holidays, said there were two drops in altitude, including one that was so strong it sent her boyfriend’s water bottle into the plane’s ceiling.

“I turned around and there were a couple of people bleeding and just bracing themselves,” she told Hawaii News Now. “Just all around me, there were people crying.”

There was some internal damage to the aircraft during the turbulence, Snook said. The fasten-seatbelts sign was on at the time, though some of those injured weren’t wearing them, he said.

Thomas Vaughan, a meteorologist with the National Weather Service in Honolulu, said there had been a weather advisory for thunderstorms that included Oahu and areas that would have included the flight path at the time of the turbulence.

The airline was aware of the weather forecast and the unstable air and weather conditions, but had no warning that the particular patch of air where the turbulence occurred “was in any way dangerous,” Snook said.

He didn’t know how much altitude the plane lost during the turbulence, saying that would be part of an investigation involving the NTSB. The plane’s flight data recorder would provide those details, he said.

The investigation would also address precisely what the passengers and crew were doing at the time, he said.

The Airbus A330-200 began its descent immediately after the turbulence, and the crew declared an emergency because of the number of injuries on board, he said. Air traffic controllers gave the flight priority to land.

The aircraft will undergo a thorough inspection and maintenance, mostly to fix components in the cabin, Snook said.

In 2019, 37 passengers and flight crew members were injured when an Air Canada flight from Vancouver to Sydney hit intense turbulence about two hours past Hawaii. The Boeing 777-200 was diverted to Honolulu, where the injured received treatment. Thirty people were taken to hospitals and nine had serious injuries.

Most people associate turbulence with heavy storms. But the most dangerous type is so-called clear-air turbulence. The wind-shear phenomenon can occur in wispy cirrus clouds or even clear air near thunderstorms, as differences in temperature and pressure create powerful currents of fast-moving air.

Planes can sail into clear-air turbulence without warning.

The NTSB, while announcing the probe, tweeted a link to its 2021 report on turbulence incidents, which detailed a list of recommendations including several enhanced and focused communication procedures involving crews and air traffic controllers with respect to meteorological advisories.

Wearing a seatbelt protects against the most severe outcomes, the report said.

“Of the 123 passengers and flight attendants who were seriously injured in turbulence-related accidents occurring from 2009 through 2018, only one passenger was documented as having used a seatbelt during the turbulence event,” the report said.