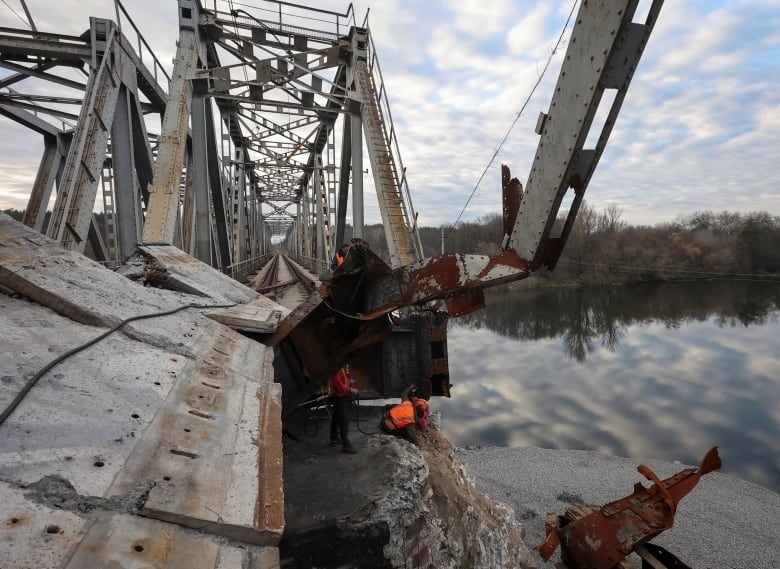 The White House on Wednesday accused North Korea of covertly shipping a “significant number” of artillery shells to Russia in support of its invasion of Ukraine.

National Security Council spokesperson John Kirby said the U.S. believes North Korea is “trying to make it appear as though they’re being sent to countries in the Middle East or North Africa.” He declined to provide a specific estimate on the quantity of ammunition being sent to bolster the Russian effort.

Kirby said North Korea “is covertly supplying” the ammunition to Russia, but that, “we’re still monitoring this to determine whether the shipments are actually received.”

Kirby insisted that the North Korean shipments are “not going to change the course of the war,” citing Western efforts to resupply the Ukrainian military.

The White House would not specify the mode of transportation or whether the U.S. or other nations would attempt to intercept the shipments to Russia.

In Ukraine on Wednesday, thousands of homes in the Kyiv region and elsewhere remained without power, officials said, as Russian drone and artillery strikes continued to target Ukraine’s energy infrastructure.

Although power and water were restored to the city of Kyiv, Kuleba didn’t rule out electricity shortages lasting “weeks” if Russian forces continue to hit energy facilities there. In a Telegram post, he accused Russian forces of trying to prompt a serious humanitarian crisis.

The two cities are located across the Dnipro River from the Zaporizhzhia nuclear power plant, Europe’s largest nuclear facility. Russia and Ukraine have for months traded blame for shelling at and around the plant that UN’s nuclear watchdog warned could cause a radiation emergency.

Continued Russian shelling across nine regions in southern and eastern Ukraine resulted in the deaths of at least four civilians and the wounding of 17 others between Tuesday and Wednesday, according to the office of Ukrainian President Volodymyr Zelenskyy.

Russian fire damaged a hospital and apartment buildings in the Donetsk region city of Toretsk. Donetsk Gov. Pavlo Kyrylenko said Wednesday that Ukrainian and Russian forces continued to fight for control of the cities of Avdiivka and Bakhmut, both key targets of a Russian offensive in the region.

In southern Ukraine, Russian-installed authorities in the occupied Kherson region relocated civilians some 90 kilometres farther into Russian-held territory in anticipation of a major Ukrainian counterattack to recapture the provincial capital of the same name.

Diplomatic efforts salvaged the agreement that allowed Ukrainian grain and other commodities to reach world markets, with Russia saying Wednesday it would stick to the deal. Russia threatened to end the deal over the weekend, citing allegations of a Ukrainian drone attack against its Black Sea fleet in Crimea. Ukraine did not claim responsibility for the attack, which some Ukrainian officials blamed on Russian soldiers mishandling their own weapons.

The UN and Turkey brokered separate deals with Russia and Ukraine in July to ensure Africa, the Middle East and parts of Asia would receive grain and other food from the Black Sea region during Russia’s now eight-month-old war in Ukraine.

Denys, whose surname CBC is protecting, says his friend in Ukraine helped him connect with his new host family in Canada.

Ukraine and Russia are key global exporters of wheat, barley, sunflower oil and other food to developing countries where many are already struggling with hunger. A loss of those supplies before the grain deal pushed up global food prices and helped throw tens of millions into poverty, along with soaring energy costs.

The grain agreement brought down global food prices about 15 per cent from their peak in March, according to the UN.