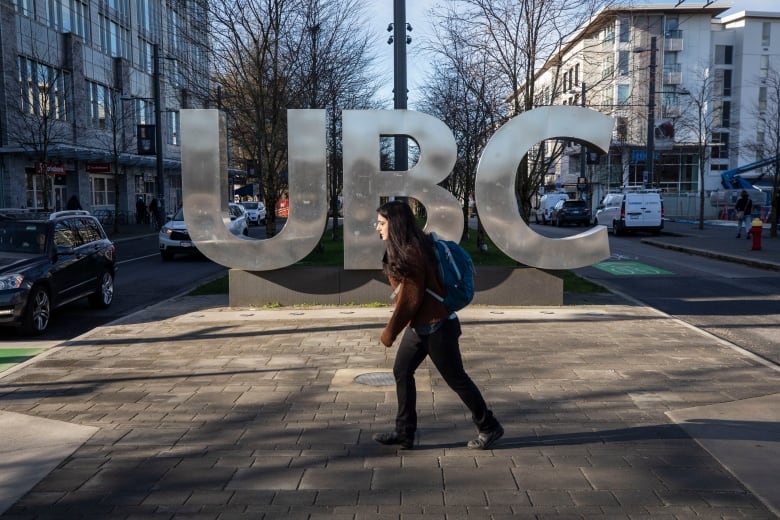 The University of British Columbia says it regrets its handling of the case of high-profile former professor Mary Ellen Turpel-Lafond, who was the subject of a CBC investigation about her claims of Indigenous heritage.

Turpel-Lafond was a professor at UBC and academic director of the school’s Indian Residential School History and Dialogue Centre until mid-December 2022.

For decades she had said she was a treaty Indian of Cree ancestry but documents uncovered by CBC indicate she is of entirely European descent.

In a letter posted Tuesday, UBC said its response to those allegations harmed its Indigenous community and Indigenous partners outside the university.

In a statement issued to The Globe and Mail on Oct. 12, the day CBC’s story broke, UBC offered public support for Turpel-Lafond, praising her work as the director of the dialogue centre, and acknowledging her “deep connections with Indigenous peoples across Canada.”

The university added that she was not hired because of her Indigenous ancestry claims.

“UBC’s initial response stated that Indigenous identity had not been an explicit requirement for the appointment of the academic director … While factually correct, it would have also been understood that it was an implicit expectation,” Tuesday’s letter reads.

“The media reported UBC’s initial statement as constituting support for Mary Ellen Turpel-Lafond, and the silence from UBC about that interpretation has been viewed as confirmation.

“We deeply regret the impact of this and promise to do more now, and in the future.”

The letter goes on to say the UBC’s engagement with the Indigenous community has been inadequate and the university will work to make improvements.

“We believe that we should have met more promptly with the UBC Indigenous community…. We are taking steps to do that now.”

The letter was signed by Deborah Buszard, UBC’s interim president and vice-chancellor, and Gage Averill, provost and vice-president, academic at UBC Vancouver.

It says they have spoken with Indigenous scholars and community members and other Canadian university leaders.

The letter condemns false claims of Indigenous identity and affirms its commitment to scholarly integrity. It also promises further engagement with Indigenous faculty and staff.

“We do not expect this letter to solve any of the problems that we face — we see it as a step along a path towards meaningful action in the future,” it reads.

‘Feeling left out to dry’

Charles Menzies, a professor in UBC’s Department of Anthropology and a member of Gitxaała Nation, agrees the letter will not solve any problems.

He wants to see UBC leaders host a meal with witnesses to publicly express the letter’s sentiments and acknowledge how the university fell short.

He adds other Indigenous communities may have other expectations of how the university makes amends.

He says the claim that Turpel-Lafond’s ancestry had no bearing on her appointment was troubling, as was the silence after the university’s initial statement.

“It gave the impression to everyone that they were actually being supportive of the situation rather than being considerate of Indigenous faculty, staff and students,” Menzies said, adding he believes legal concerns influenced how the school handled the situation.

“I can appreciate their legalistic approach to things but I cannot appreciate the way it left all of us feeling left out to dry.”

Also on Tuesday, Vancouver Island University announced Turpel-Lafond offered to return the honorary doctorate given to her by the university.

VIU is one of 11 Canadian universities that have granted honorary doctorates to Turpel-Lafond.

Menzies feels the return of the honorary degree is appropriate.