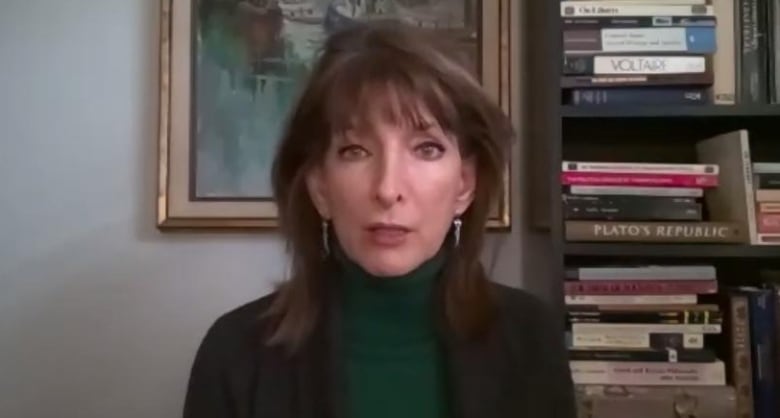 MLA Tracy Allard has been appointed parliamentary secretary for civil liberties by the Alberta government and will focus on addressing property and civil rights, according to comments made by Alberta Premier Danielle Smith on her weekly Corus radio talk show.

“As we went through the fall session, it seemed to us that there were a number of different areas that we needed to look at to address property and civil rights,” Smith said on the program Your Province. Your Premier on Saturday.

Allard, the MLA for Grande Prairie, was appointed to the position on Dec. 13.

Smith said she plans on working with Allard to look at such areas as further protecting private property rights, campus free speech, proposed reforms to the Police Act and Ottawa’s proposed amendments to Bill C-21, which the province has repeatedly opposed.

“It seemed to me having a parliamentary secretary focused on property and civil rights would allow for [Allard] to give us some advice on how we might be able to address these in legislation,” Smith said.

“If there are bills that we’re passing, just having somebody with the lens of saying, ‘Is this making sure that we’re protecting all of the rights that are protected in the Charter of Rights and Freedoms?'”

Smith did not address whether the role would involve putting in place protections for those who are unvaccinated.

Allard has been the MLA for Grande Prairie since 2019.

She also served as minister of municipal affairs but stepped down in January 2021, after it was found that she spent time in Hawaii on a family vacation, which went against federal and provincial COVID-19 pandemic restrictions to avoid non-essential travel at the time.

Lori Williams, associate professor of policy studies at Mount Royal University in Calgary, said there was symbolic significance in Allard being given a new role.

“I think the fact that Tracy Allard is associated with somebody who suffered some kind of job consequences as a result of violating COVID rules, I think that symbolism is fairly obvious,” she said.

Williams also said that it may be a strategic move in that Allard is from Grand Prairie, given recent polling that indicated a degree of uncertainty surrounding how Albertans will vote in centres outside of Calgary and Edmonton.

But Williams said the appointment has the potential to backfire on the government when it comes to public perception.

“It’s the hypocrisy of Tracy Allard doing something that the government regulations prevented, so I’m not sure bringing her into cabinet sends the kind of message that, ideally, the government would want to send,” she said.

“I think some of the folks that are coming back into cabinet genuinely angered Albertans.”

Another strategic component of Allard’s appointment is leveraging any expansion of cabinet, which could be used when votes are needed in favour of government legislation.

“Parliamentary secretaries or cabinet ministers, for that matter, have as much or as little influence as the premier and her inner circle give to them,” Williams said.

“It’s possible for premiers and prime ministers to offer posts like this as a reward … for certain members of their caucus to toe the party line and support the premier or the government, but also giving them … the threat of tossing them from cabinet and losing both prestige associated with that profile and the money associated.”

CBC News requested comment from Allard about her appointment but did not hear back by publication time.