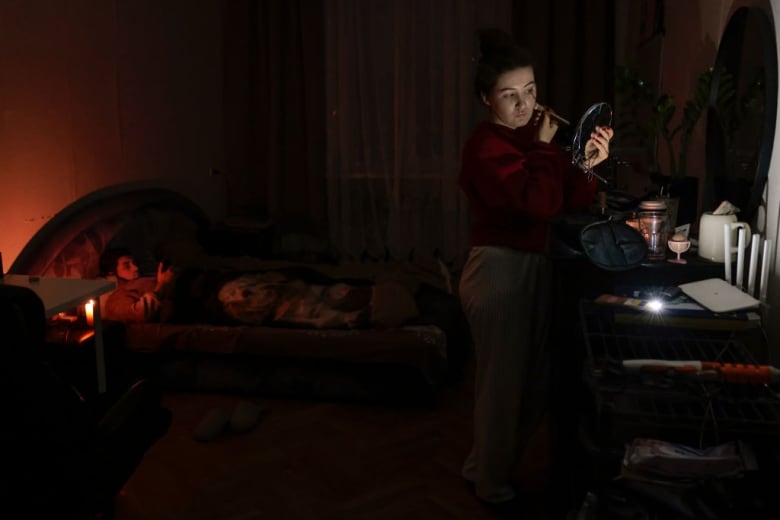 Ukraine’s state emergency service said Wednesday that nine people had been killed in fires in the past 24 hours as people broke safety rules trying to heat their homes following Russian attacks on power facilities.

The number of fires has risen, it said, with Ukrainians increasingly resorting to using emergency generators, candles and gas cylinders in their homes because of power outages.

“Only in the last day, there were 131 fires in Ukraine, 106 of them in the residential sector. Nine people died, eight were injured,” it said in a statement.

“Generators on balconies, gas cylinders in apartments, lit candles.… Due to violations of fire-safety rules, the use of uncertified products for heating and cooking, incidents of fires and explosions in highrise and private buildings have become more frequent.”

The statement urged Ukrainians to take more care in their homes and to explain fire risks to children.

Struggle to restore power to all

Ukraine is still struggling to restore full power a week after Russian missile strikes damaged energy facilities across the country.

Energy consumption has risen as winter sets in. Weather forecasters said temperatures in the capital Kyiv would fall to –6 C overnight and were set to soon drop further.

Ukrainian and Western officials have accused Russia of weaponizing winter, as the now-nine-month-old conflict crosses into the coldest parts of the calendar.

Ukrainian President Volodymyr Zelenskyy has told citizens to expect further Russia strikes on energy infrastructure in the days ahead.