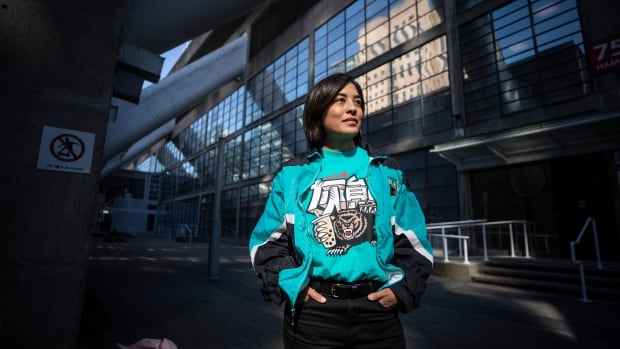 This year, there was a veritable glut of impressive Canadian content.

From Chandler Levack’s I Like Movies, to the dreamlike Jehova’s Witness drama You Can Live Forever, to Drake’s Black Ice documentary, to Brothers, Bones of Crows, Riceboy Sleeps, Eternal Spring, When Morning Comes, Little Bird and seemingly a hundred more, but most of these titles from Canada’s heavy hitters still aren’t available to most audiences.

That’s not to say there aren’t any impressive Canadian releases from this year you can watch — some of them are just harder to find.

So CBC has compiled some of the year’s best Canadian-made productions that are available to stream and screen, as well as where you can watch.

An understated coming-of-age flick if there ever was one, Altar Boy is the first feature effort by Filipino Canadian director Serville Poblete. Created alongside screenwriter, star and Poblete’s real-life friend since elementary school, Mark Barcolcol, it follows 17-year-old Daniel — an overgrown altar server at his local church. He’s balancing every adolescent stress you can think of: Struggling in school, fighting with his parents, managing crippling awkwardness around the cutest girl in class — it can feel a bit shallow in description.

But it’s a well-told character study that actually shines most in the performances that surround the lead. Shai Barcia, who plays Daniel’s mother, is particularly impressive as she switches between shouting matches and quiet desperation at the kitchen table. Though there are rough edges, and the going can be a bit slow, it’s worth the time.

Though it’s been almost a year since it premiered on streaming services, and even longer since it debuted at TIFF, Scarborough still stands as one of the best movies of 2022. Adapted from Catherine Hernandez’s novel of the same name, it follows three children as they navigate a system seemingly designed to shut them out. Like Altar Boy, the film is slow — and long at 136 minutes — but the performances by the child actors are transcendent.

Bing, Sylvie and Laura (played by young stars Liam Diaz, Mekiya Fox and Anna Claire Beitel) carry the story, but their parents — and their teacher, played by Aliya Kanani — are impressive as well. Even though Scarborough swept the Canadian Screen Awards earlier this year, it deserves a larger audience than it got.

Filmmaker Kathleen Jayme explores whatever happened to the Vancouver Grizzlies in a documentary (her fourth film about the team) that feels equal parts The Last Dance and American Vandal. Jayme, who reveals herself as a lifelong fan of the team that played in the city for six seasons before relocating to Memphis, is never too serious. She spends as much time playing one-on-one with mascot Grizz as she does uncovering big truths, but those reveals are all worth it.

While it’s not yet streaming (or even officially released), The Grizzlie Truth has a number of screenings in cities across Canada this week, including in Toronto, Ottawa, Vancouver, Edmonton, Winnipeg and more. Jayme manages to track down some stellar names in the Grizzlies’ world — including president Stu Jackson, infamous draft pick Steve Francis and perhaps the most adorable pint-sized Memphis Grizzlies fan to ever live. The whole film just feels fun, but be warned: after watching, you’ll likely be gunning for a return of the franchise, too.

The documentary, which aired Sept. 16 on CBC and CBC Gem as the season premiere of The Passionate Eye, is in some ways a typical takedown of corrupt business practices, but it’s held together but the unflinching look at Johnson himself. Johnson was closely involved in the three-year creation of the project, which follows the trial stemming from his lawsuit alleging that Monsanto’s weed killer RoundUp caused his cancer.

With the kind of attention that Sort Of has received, it isn’t exactly underrated. But audiences still might be unfamiliar with just how much has changed, and drastically improved, in the just-released second season of this dramedy, starring creator Bilal Baig as Sabi: a non-binary nanny struggling to find their place in the world.

There are notes of Fleabag here, and Baig’s dry writing and delivery have earned them a spot on Time Magazine’s “next generation leader” list — as well as a full profile by the New York Times.

While the first season was good, the second turns up the dial on both narrative and emotion. It’s funny, but also filled with heartache. Sabi’s growing detachment from their parents draws viewers even as it hurts to watch in some ways.

Eric Bauza has been doing both Canada and the world of animation proud for a while now. The voice actor has been in the business for 20 years, but his popularity exploded in 2018 when he took on the role of Bugs Bunny. Now, he’s taking a bit of a meta turn.

In his series Stay Tooned, Bauza examines the tropes and tendencies of animation, an art form that has picked up more stereotypes and hidden messages than most would care to admit. Stay Tooned also boasts some of the biggest names in the voice acting industry, including Bobby Moynihan, Tara Strong, Grey DeLisle and more. They showcase the way cartoons, which many think of as much more than kids’ entertainment, handle everything from sexuality to gender to politics.

Popular Mechanics For Kids alum Jay Baruchel faces the end of the world with his usual dark humour in this six-part miniseries on Crave that examines potential end-time scenarios from the extreme — planet-ending asteroids and alien invasions — to the more believable armageddons of disease and climate catastrophe.

Jay Baruchel is an actor and host of a new series called “We’re All Gonna Die (Even Jay Baruchel).”

It’s a study in contradictions that somehow works fantastically. If you have the stomach to look in the abyss — or just into our own collective future — it’s definitely worth streaming. Just make sure the kids are out of the room, as the How to Train Your Dragon star throws around words with overtired scientists that definitely weren’t in that franchise.