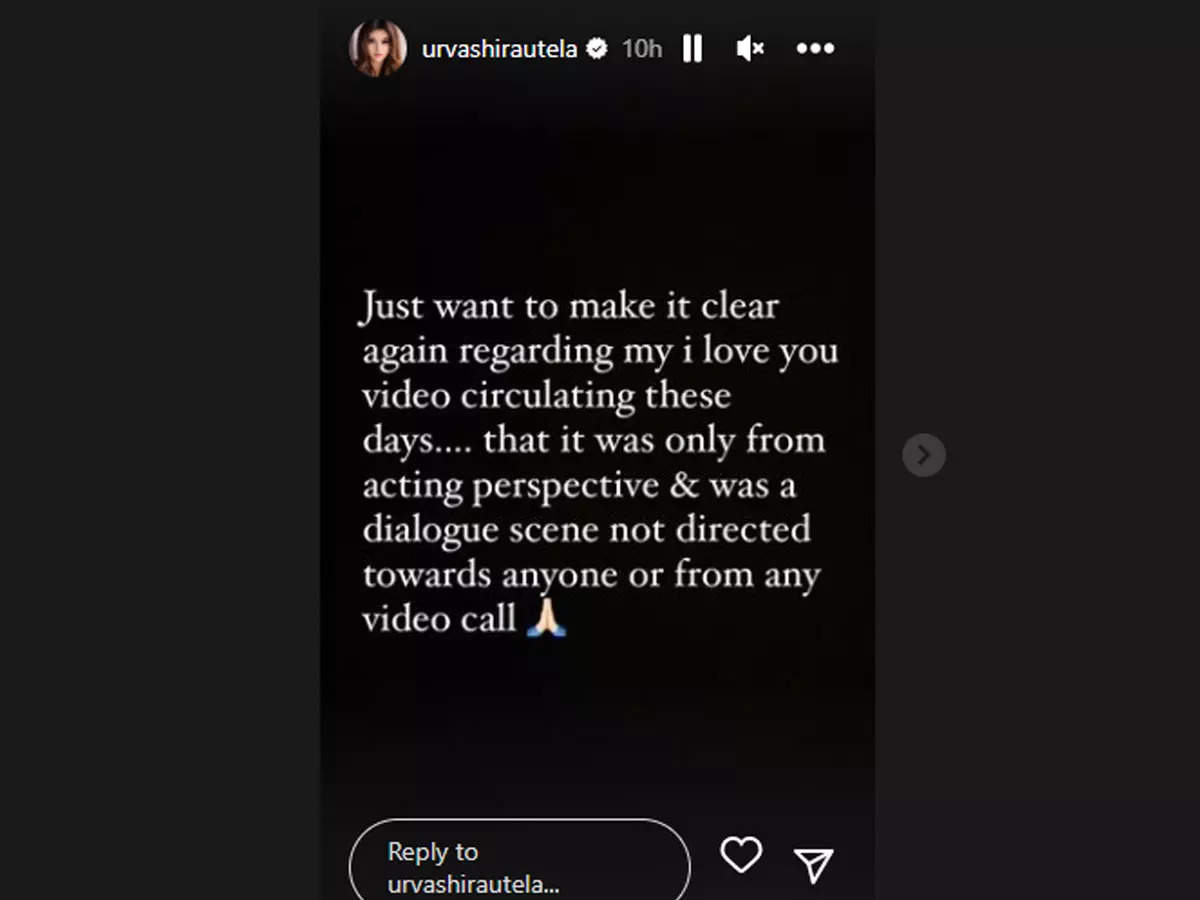 Urvashi Rautela recently shared a video wherein she can be seen saying ‘I love you’. However, fans quickly link that video to Rishabh Pant, prompting the actress to clarify her stance.

Urvashi took to Instagram to share a note on her Instagram story. The actress wrote, “Just want to make it clear again regarding my I love you video circulating these days…that it was only from acting perspective & was a dialogue scene not directed towards anyone or from any video call🙏🏻”

As soon as she shared the video, fans linked it to Rishabh Pant, and the viral video has resurfaced on the internet recently again, thus prompting the actress to clarify her stance.