Vancouver police arrested a man for breaching a protection order. Why that matters for victims of violence 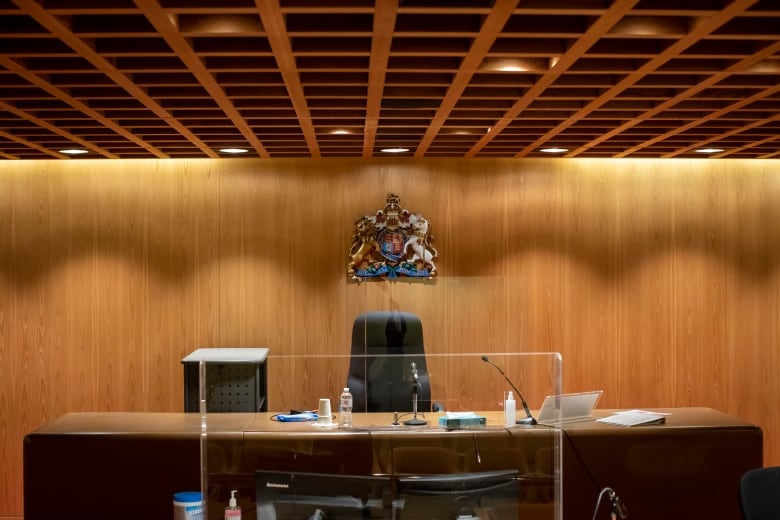 Vancouver police came under scrutiny last week after videos of a man being arrested were posted on social media, but police say their actions were justified by a court order protecting the man’s wife.

Videos of the arrest in the parking lot of the Trout Lake Community Centre in East Vancouver sparked outrage on social media, with officers being accused of unnecessary use of force and traumatizing the man’s child who witnessed the arrest.

Police have since claimed the man’s behaviour was “escalating” and that they’ve recommended three charges against him since last year — all of them related to domestic abuse.

In the videos posted on Twitter, a man can be seen being pulled out of the driver’s seat of a vehicle by two officers as he screams for help before a third officer arrives as the man is being handcuffed on the ground.

About 30 seconds into the first video, a young boy opens the back door of the car and cries as he watches the man get arrested.

CBC has decided not to identify the man in the videos to protect the child’s identity.

In the video, you can hear a police officer tell the man that he is being arrested for “breaching conditions with [his] wife.”

Some social media users condemned the officers’ actions with the video’s original poster tweeting that “VPD just beat a man in front of his child.”

The Vancouver Police Department was quick to defend officers’ actions, tweeting that the man was being arrested for criminal harassment “after he allegedly breached numerous bail conditions and a protection order in place for the safety of the victim.”

That explanation has highlighted the role that protection orders play in cases of intimate partner violence. According to Statistics Canada estimates, 44 per cent of women have reported experiencing abuse in the context of an intimate relationship in their lifetime. More than 80 Canadians are killed every year by their intimate partner, and nearly 80 per cent of those victims are women.

Family law protection orders are court orders granted by a judge to help protect someone at risk of intimate partner violence.

Vancouver-based family lawyer Kendra Ashton says if the man in the videos breached a protection order, police had grounds to arrest him.

“[Protection orders] are made in cases of serious family violence,” said Ashton.

“A protection order is meant to recognize that a person who has been impacted by family violence may be vulnerable, and it provides some measures for the court to take action in the event that there is a breach to that person’s safety and security.”

While applications for protection orders are made in civil court, Ashton says there is a high threshold for granting them.

“A judge had to look at the situation as a whole and make a finding that this person was at risk of family violence,” she explained. “They determined that family violence was likely to occur.”

The person named in the order must abide by specific conditions that include having no contact, or limited contact, with the person being protected. Sometimes that means preventing them from going to the protected person’s home or workplace and prohibiting them from communicating with the protected person, whether through phone calls, emails, letters or sending them messages through another person.

If someone disobeys a protection order, a victim can call police to inform them, and police can act immediately to enforce the order by issuing an arrest warrant.

Vancouver police say that’s exactly what happened in the Trout Lake arrest last week when the man’s former partner reached out to inform them he had breached his bail conditions and a protection order.

“We believed his behaviour was escalating, and the victim told us she was fearful for her safety,” said Sgt. Steve Addison in an emailed statement.

Ashton says it’s this kind of immediate response that provides a sense of security to victims of domestic violence.

“A protection order isn’t going to stop a bullet,” she said. “But the hope is that with a protection order, the police may come a little faster, and they’ll take this matter seriously knowing that there is a history of family violence.”

But as Ashton notes, protection orders aren’t a guarantee. A CBC investigation found that at least 36 Canadians killed by their partners between 2015 and 2020 had court-ordered protection against their abusers.