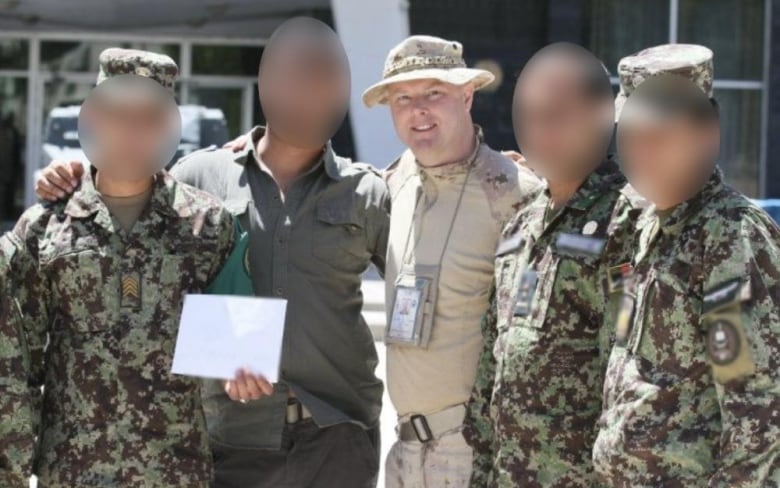 A former Canadian military legal officer says a group of Afghan lawyers and other staff who helped his mission in Afghanistan have been “left in the dark,” and is urging Canada’s Immigration Ministry to act quickly to help them escape the Taliban.

It’s been one year since Canada began accepting fleeing Afghans through its one-year special immigration program for Afghans who helped the Canadian government, set up a few weeks before Kabul fell to the Taliban in August 2021.

To date, roughly 17,170 Afghans have arrived in Canada. Last month, the Liberal government closed its immigration program to new applicants, less than halfway toward its goal of bringing 40,000 Afghans to Canada.

“If [Canada] would not act upon my request and as soon as possible, I could lose my life,” said Popal, one of the Afghan military prosecutors who applied for this program, and whom CBC has agreed not to identify.

“When Popal called me for help, it was very heart-wrenching,” said retired major Cory Moore, a former military legal officer with the Canadian Armed Forces who was deployed three times to Afghanistan.

Moore is helping 12 applicants and their families apply for this program, and is still waiting for word from Immigration, Refugees and Citizenship Canada (IRCC) on the fate of these 66 people. Their applications were filed between September and December 2021.

All 12 Afghans were involved in various capacities during Moore’s mission to help bolster the Afghan National Army’s legal branch. He created a project to recruit Afghan law grads, making a recruitment video which aired nationally from 2012 to 2021.

As a result, eight female military lawyers were hired as prosecutors and criminal investigators with the military, in what Moore calls a “historical precedent.”

“During the period in time in which we were doing the video shooting, it was a particularly dangerous time in Kabul when I had a target on my back,” he said.

“They never left my side. They never cut and run…. It’s why Canada can’t turn its back on them now.”

‘We are getting hopeless’

Popal, who appeared in that recruitment video, was an Afghan army prosecutor for 10 years.

Through WhatsApp video chat, Popal said he and his family are in “extreme danger” because of his involvement with the recruitment project.

Please get us out of here.– Maryam, Afghan military lawyer

“We are getting hopeless and … we are just waiting for our death,” he said in Dari, through an interpreter.

Popal, who was reduced to tears during the conversation, said it’s been a year of hardship for his family. His kids can’t go to school or appear in public spaces, and he’s unable to work so it’s been difficult to put food on the table. The family is facing “serious threats,” he said.

“The danger we are facing is because we helped Canadians.”

Maryam, whose identity CBC has also agreed to protect because she’s also in hiding, is the first of the eight female lawyers hired as a result of Moore’s project. (Three of the lawyers have not yet been accounted for, Moore said.)

“I’m in danger because of that position,” she said in Dari, through an interpreter.

Maryam spoke about the mental health impact the wait has had on her and her family.

“We’ve all got kind of psychological issues, psychological problems,” she said, pleading through tears: “Justin Trudeau … please get us out of here. Please, evacuate us from here…. We cannot live here anymore.”

Moore contacted IRCC several times this spring about the status of the 12 applications.

“I wasn’t hearing anything,” he said. “They explained that none of the 12 applicants … were coming up in their system.”

After seeking clarity from other agents, Moore said one of them told him this: “She explained that if you had been screened out at the initial review stage, you’re not invited formally to make [an] application … and if you don’t receive an email like that, then your case just disappears.”

Ex-military legal officer Cory Moore helped 12 Afghan military lawyers and other staff apply for Canada’s special one-year immigration program for Afghans. That program has since closed, but these families still don’t have answers.

To date, none of the 12 Afghans received an email from IRCC about their application status. The government website instructs applicants to “wait for us to contact you” once an application has been submitted.

“They don’t receive anything. They’re just left in the dark,” said Moore.

“[For Canada] to shut the door on a group of people who were so intimately involved in helping me succeed with my project, it’s unfathomable.”

By speaking publicly, Moore wants to stress how each applicant played a critical role in helping him and the Canadian military.

“There’s no question that Afghanistan was made better by their work with me,” said Moore. “And quite honestly, I think Canada is a better place with this fine group of people in it.”

Tight timeline a ‘slap in the face’

Tamar Boghossian, an immigration lawyer with Boghossian Morais LLP, is helping Moore with the case. Last week, she refiled and updated all 12 applications.

Boghossian said all 12 applicants meet the government’s eligibility requirements, which she called “very vague.” The government lists just two examples of who can apply — Afghan nationals who worked at the Canadian embassy, or interpreters — but adds the program “is not limited to” those professions.

The issue, Boghossian said, is that the program has “no transparency.” The short timeline is also problematic, as the one-year program has already expired, she added.

“It’s a slap in the face … to those who actually helped the Canadian government,” said Boghossian. “Why can’t we help these individuals in return?”

She explained that most individuals who’ve applied to this special program don’t have proper documentation or passports, and are having difficulty obtaining them because they’re in hiding.

She’s urging the Trudeau government to not only extend the deadline for applications, but to also expand the number of people Canada will receive.

“40,000 applicants is not a lot for, you know, Canada being in Afghanistan for almost 15 years,” Boghossian said.

The Conservatives are among those calling on the government to reopen the special immigration program, and Hallan said it’s Canada’s “moral responsibility to help those who served alongside our country.”

“The government’s decision to shut down the [special program] is unconscionable,” Hallan said.

NDP immigration critic Jenny Kwan has said the government’s claim that other immigration avenues remain open to Afghans is “deceptive.”

“That is just a rejection,” she said.

Ministry working ‘as quickly as possible’

On behalf of IRCC, Immigration Minister Sean Fraser’s office said it could not comment on the 12 applicants’ cases for privacy reasons.

The ministry said it’s received 15,210 applications under the special program, and has approved about two-thirds of them so far.

“We are working to process applications as quickly as possible,” wrote Aidan Strickland, the minister’s spokesperson, noting the resettlement initiative for Afghans is uniquely challenging.

Strickland said the eligibility requirements are meant “to be as inclusive as possible,” and can include cooks, drivers and other staff who helped Canada’s military.

“We have accomplished much, but there is still more work to be done,” she wrote.

The office did not say whether it will reopen the program.